Tucson Back the Blue calls for Mayor Romero's resignation 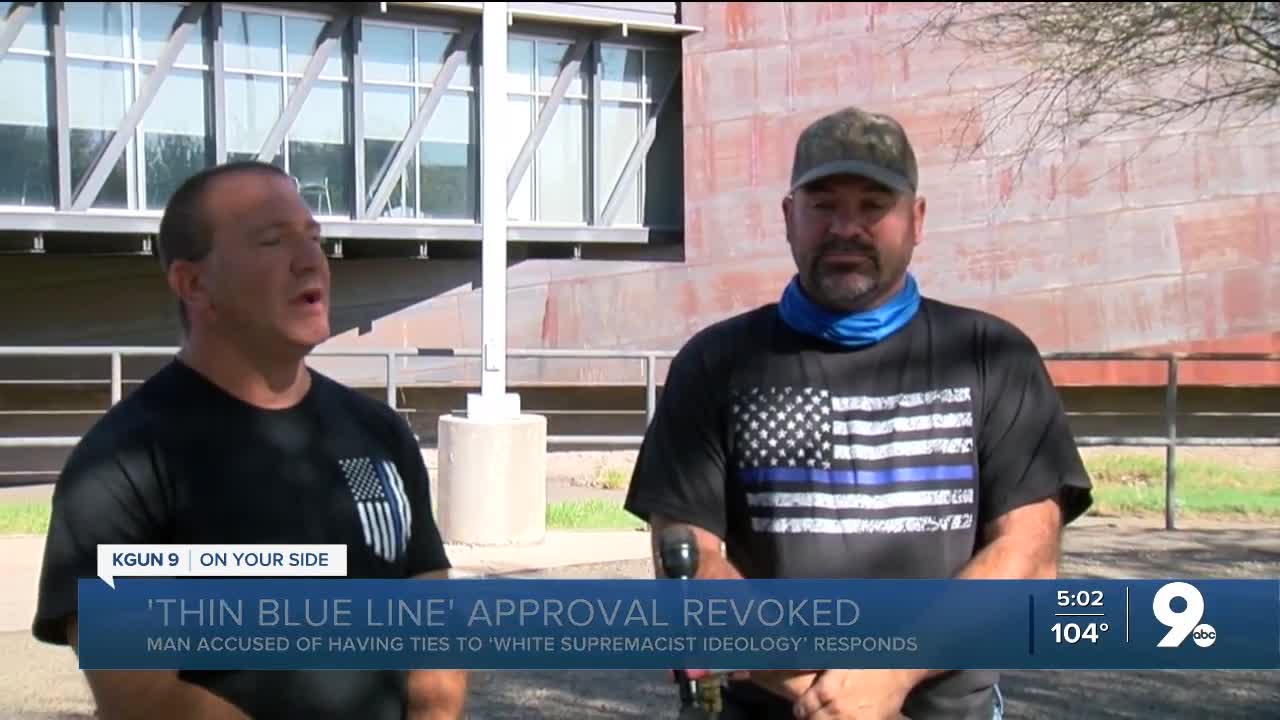 TUCSON, Ariz. — Tucson Back the Blue's president Tim Cesolini was accused of having 'white supremacist ideology' by Mayor Regina Romero after submitting for a permit to paint a thin blue line to support law enforcement at the Tucson Police Department and now his group is calling for her resignation.

The group called the claims 'defamation and slander.'

“Putting people on blast and making them live in fear, with no solid evidence is premature. As for myself. I want to ask the city council to ask for the resignation and the city manager appoint Nikki Lee as mayor until an election can be held,” said Ross Kaplowitch, board member of Tucson Back the Blue.

Cesolini said he has been threatened with pictures of his children being posted on alleged white supremacist groups on social media.

As for the accusations, he completely denies having white supremacist ideology.

9 on your side asked Cesolini if him sharing a meme from a group with the confederate flag as a profile picture supported Romero’s claims.

“From what I was taught when I was a kid in school the Confederate flag comes from the Civil War. That's where I leave that Civil War, if any of the other people take it, how they want to take it that's on them. That's not on me. My viewpoints. It's the Civil War, it represents the South and the Union Army,” he answered.

Cesolini said the group is also now a non-profit LLC, but they tell KGUN 9 that none of the board members will earn salaries and if they accept donations those will go to local law enforcement.

“Tucson back to blue is a local group here in Tucson and Pima County for the sole purpose of supporting our local law department, more enforcement departments,” he explained.

9 On Your Side reached out to Mayor Regina Romero for a response to the group's call for her resignation. Tune in tonight at 5 p.m. for a full report on KGUN 9.