Tucson 7th grader up for award in national science fair 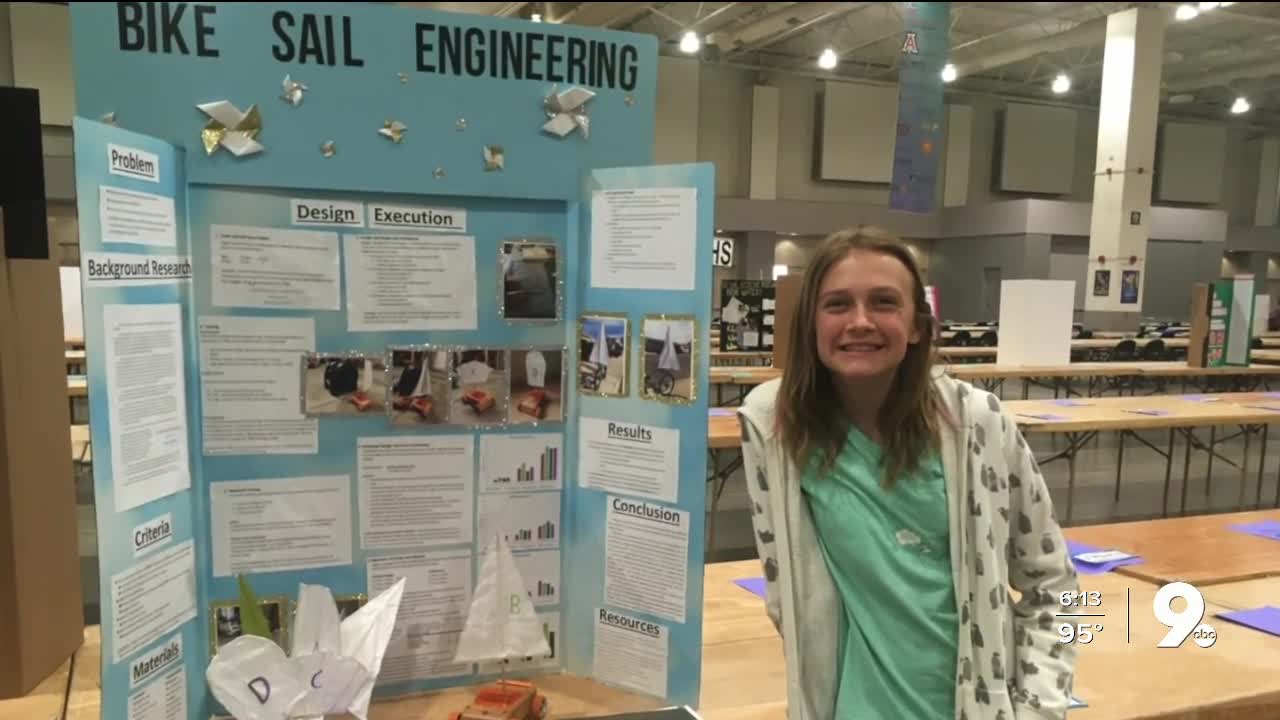 A Tucson seventh grader is up for a big prize in a national science fair.

TUCSON, Ariz. — A Tucson seventh grader is up for a big prize in a national science fair.

Zoe Nickola is one of 200 semi-finalists in Broadcom Masters. Zoe was eligible to apply for Broadcom Masters based on her award-winning project at the Southern Arizona Research, Science and Engineering Foundation (SARSEF) science fair.

That's a competition that involves more than 4,000 students from around the country.

Zoe's project entails creating sails for a bicycle. She tested what shape, size, and material would be best for helping the cyclist pick up speed.

Her conclusion is a triangle made from cotton -- works the best.

Zoe Nickola said "I'd like people to know that I'm homeschooled, and a lot of people think that is like a bad thing like you're homeschooled because you have some problem or something, but it's really actually just a really cool way to learn."

Zoe and the 200 other semi-finalists won $125 for their participation.

Those finalists will be announced Wednesday.

NOTE: We originally, incorrectly reported that Zoe was one of 300 semi-finalists.