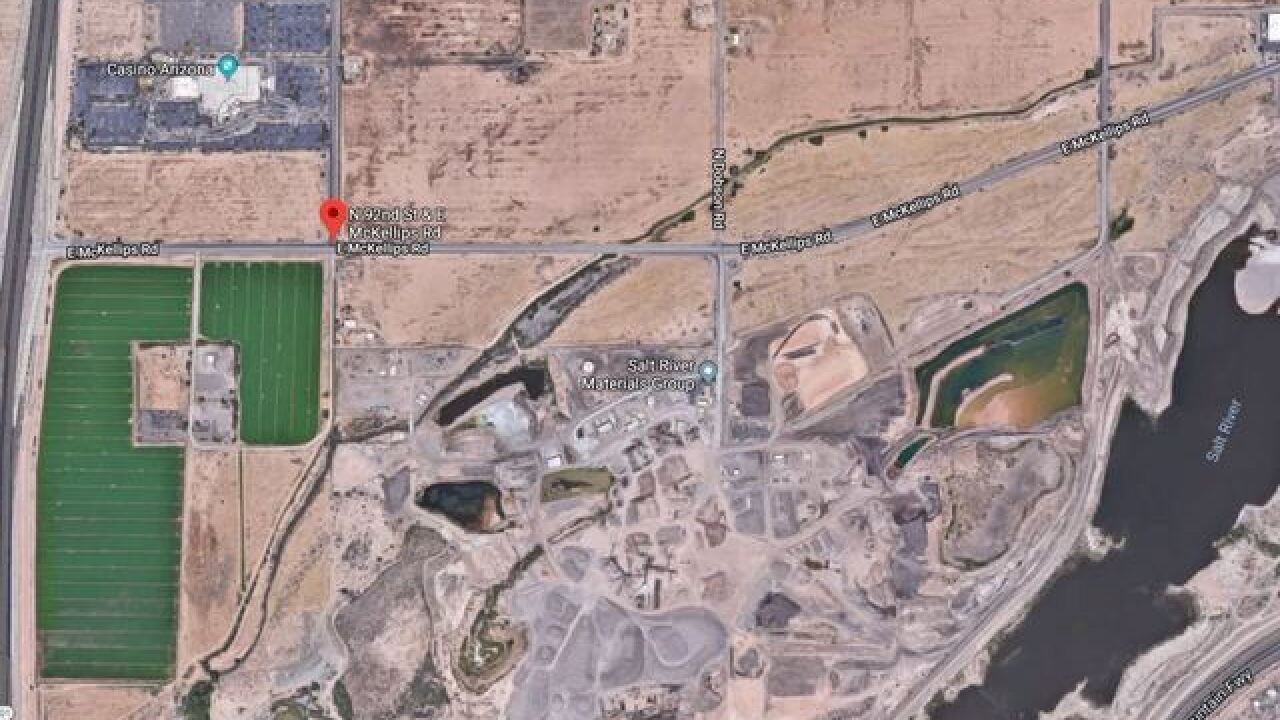 Police on the Salt River Pima-Maricopa Indian Community say they're investigating the discovery of a dead body on the reservation.

They say officers responded to a report of a deceased person who was spotted by a passer-by about 7:30 a.m. Wednesday.

Police say the body was located in a field near 92nd Street and McKellips Road.

They haven't released any information on the person's identity or the cause of death.

No details have been immediately released on the person's identity or the cause of death.

It also is unclear if the death is being investigated as a homicide.