Tiny homes could become the homes of the future 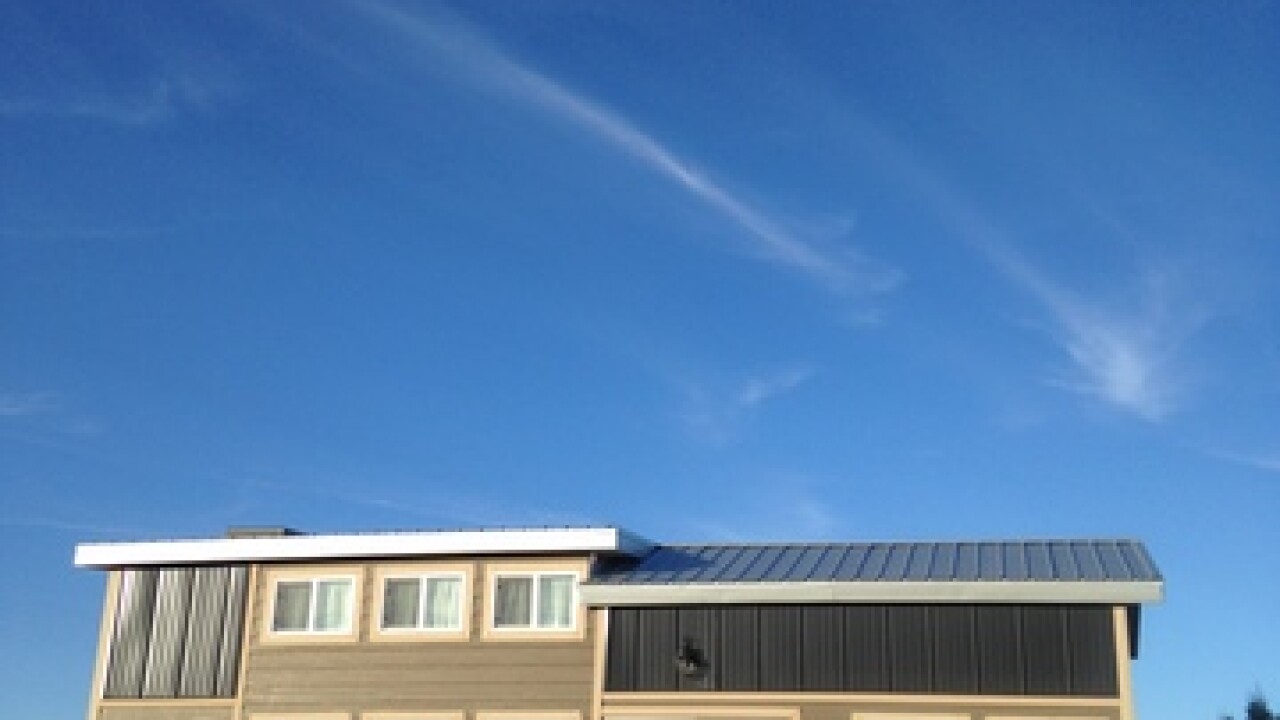 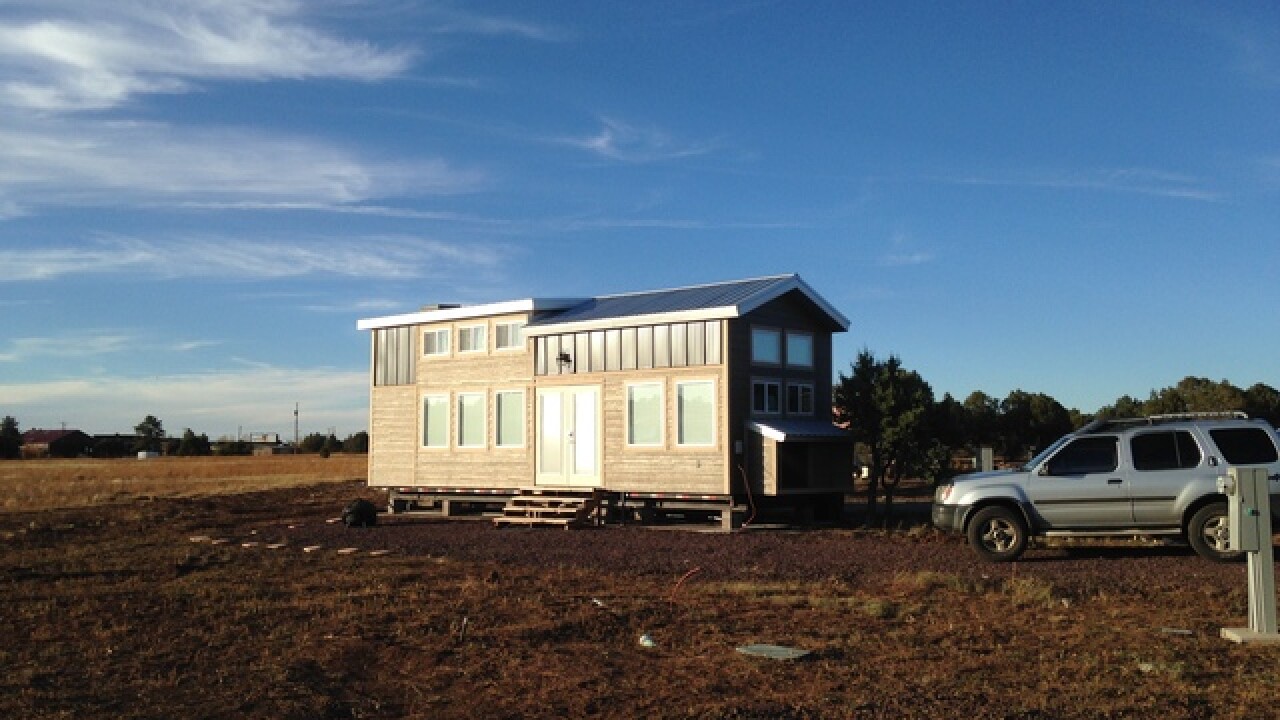 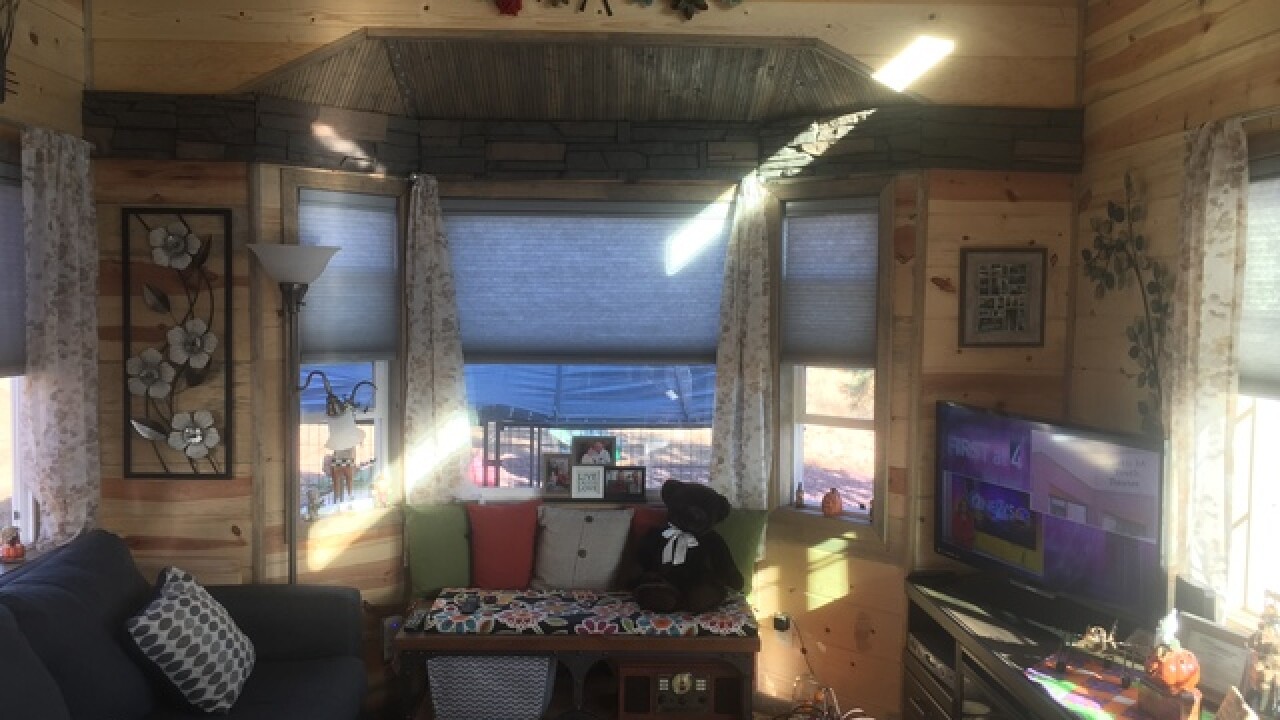 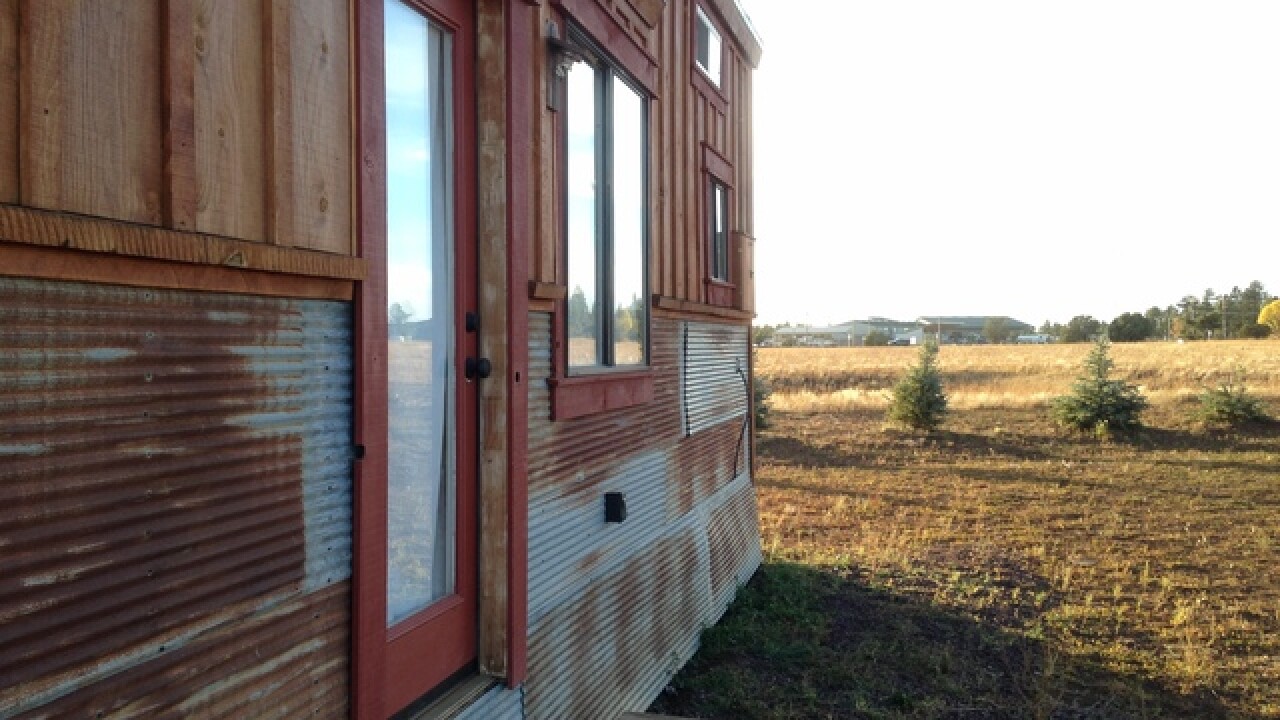 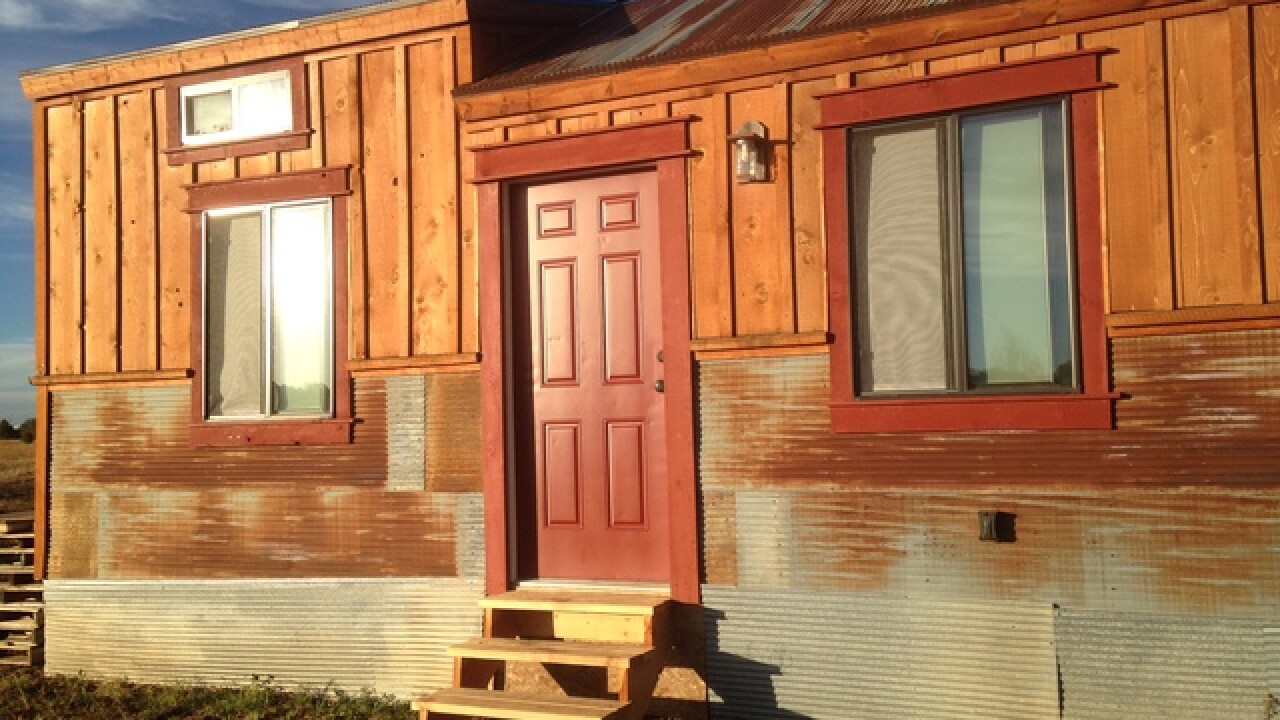 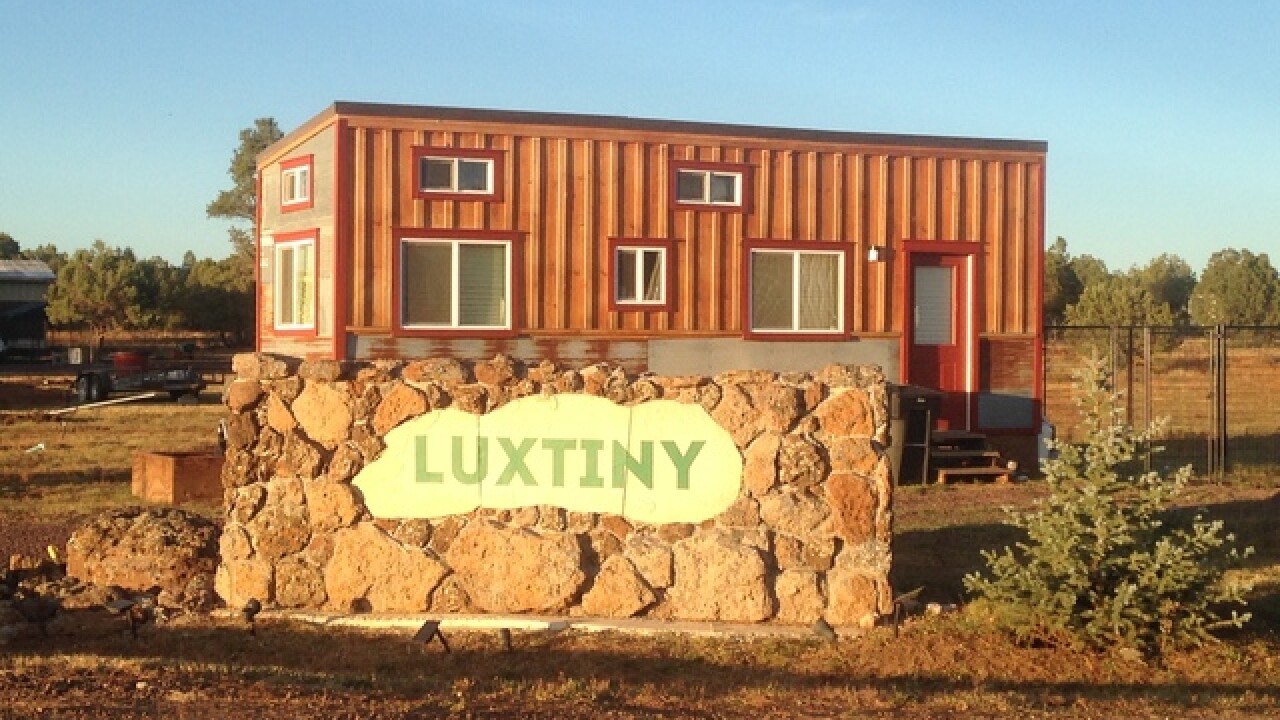 The sweeping vistas, calm lakes, and whispering pines of Arizona’s White Mountains have long been a place where the state’s desert dwellers come to cool off and get away from it all, as in all their stuff.

This is where Sherry Stebbeds and her husband have decided to spend their retirement, in a home different than many baby boomers envision for their golden years.

Stebbeds says four hundred square feet in the forest does not look like the retirement she first envisioned, but it’s the one she and her husband want.

Tiny homes have grown steadily in popularity, and notoriety, in recent years. There are entire lifestyle shows on cable networks showing people trading traditional homes, and most of the stuff inside it, for a slimmed down life.

“It has just been a fun adventure,” she said. “I have everything I need here, and I still have some empty cupboards, so that tells me how I have way too much stuff in the valley.”

Their home is perched prominently in the middle of a growing community of tiny homes called Luxtiny, a six-acre property tucked in a meadow off of Lakeside’s main drag. She says the small development reminds her and her husband of when they lived in Omaha, Nebraska, and Iowa City, Iowa.

“We all know each other now, and we all look out for each other,” Stebbeds said.

In this growing tiny home community, no two homes are the same. But the mindset is neighbors say they are people who believe less is more.

The Stebbeds live a stone’s through from Hannaleigh Cavey, a working mom, back in Arizona after serving in the Navy. She lives here with her 10-year-old daughter and 70-pound dog.

“There’s no downside to it,” Cavey said about her home. “Except [my daughter] can't get all the little toys she wants, which is OK because you step on them anyway.”

Cavey said she used to live in a nearly 6,000 square foot home and thought more and more about a tiny home while she would spend hours cleaning and dusting on weekends.

“On weekends it only takes 40 minutes to clean it and then I can go off hiking. It doesn't require a lot of me and my time,” she said.

Luxtiny owner and developer Steve Dedmon says he first envisioned this community five years ago. He hopes to one day have 100 tiny homes on the six acres he currently owns.

“This is exactly my American dream,” Dedmon said.

The husband and father of two young children also design and builds the homes that now sit on Luxtiny’s plots.

Construction takes place in a 12,000 square foot warehouse behind a bank of pine trees, a few hundred yards from the entrance to the development.

There are a handful of design templates, but no two finished homes look the same. Some, like the Stebbeds’ home, have granite counters, a full-size stove and refrigerator and even a washer and dryer. Others, like Cavey’s, have lofted sleeping areas, small appliances, and rustic finishes.

“Every house we build is actually a little different whether it be the same model or not,” said Kevin Phillips.

Phillips says if nothing goes wrong he and fellow builder Mike McCutcheon can build one from frame to finishes in eight weeks.

Dedmon says he hopes his homes help people achieve their dreams of homeownership and living simply.

Cavey says she enjoys knowing she can move her home to almost anywhere she wants to live, “It’s just that freedom, nothing really locking me down. I can go anywhere I want.”

Stebbeds says she’s excited to retire in a home with less clutter than her current one, “Less is more. If more people would realize how much nicer it is to not try to keep up with everybody else and have a bigger this and a better that; the less you have, the happier you are.”