Time capsule placed at Hotel Congress for Tucsonans in 2119

Hotel Congress time capsule will be opened in 2119 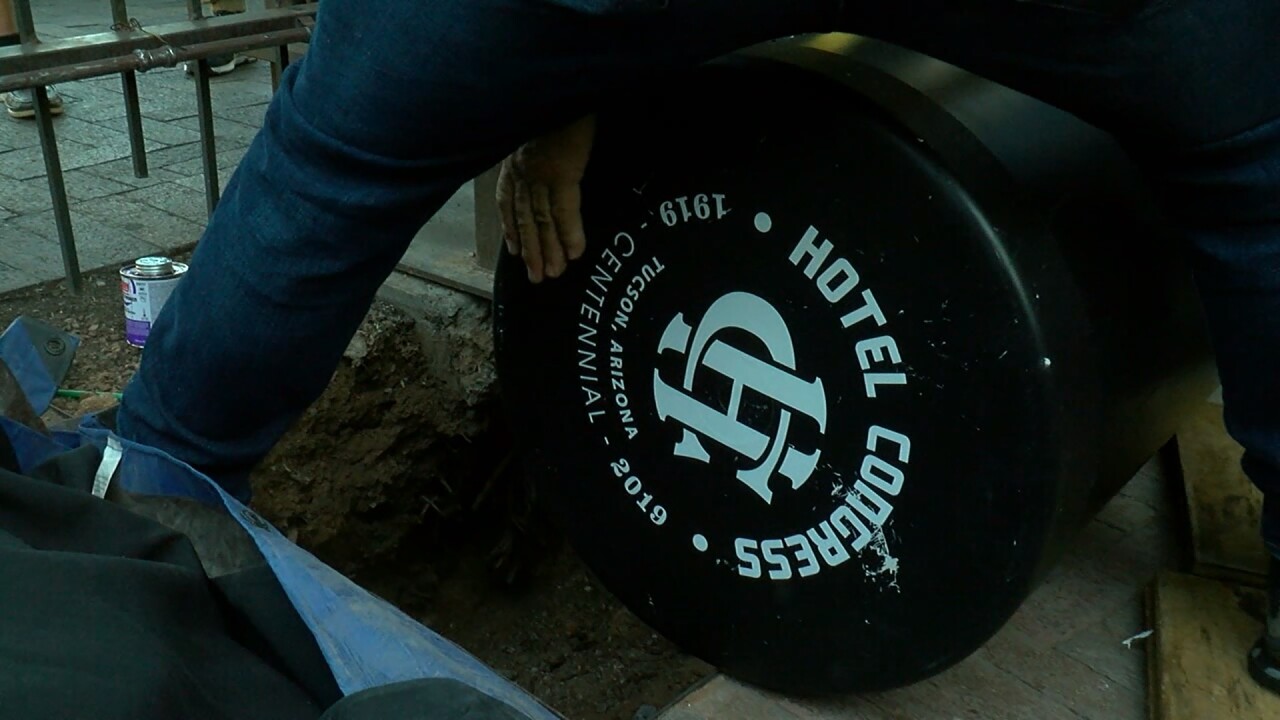 A time capsule is placed underground at the Hotel Congress

TUCSON, Ariz. — What is Tucson today?

That's what a crowd at the Hotel Congress contemplated today as they celebrated 100 years of the historic Tucson landmark.

"I think that's what Tucson is today, kind of a crossroads between the history of where we've been and the future of where we're going," said Tom Heath.

A message in a capsule was placed underground to be opened in the year 2119, a message to future Tucsonans from the past or in our case, the present.

The question was asked: what will become of Tucson in 100 years?

"I don't know if we'll have flying cars but people keep talking about it and I remember watching 'the Jetsons' as a kid," said Sheldon Metz.

"I think you're going to see a lot more folks living in Tucson," Heath said.

"We have beautiful weather, beautiful place to be, my guess is we'll be built up, a little taller."

"We start at the base of 'A' Mountain, the birthplace of Tucson and we take a tour through the historical and cultural parts of downtown, University, 4th avenue."

Like others who took part in the events of the day, Heath took in the moment to think that one day in what seems a distant future, another generation of Tucsonans will open the capsule.

Heath shared his vision of Tucson in 2119.

"My hope is that we're still built on the same foundations of culture and history that we have today."

You might wonder how they'll keep everything preserved in that capsule for a century: a landscaper for the Hotel Congress said charcoal and dessicants were put in it to keep moisture out.

Once the concrete covers the plot it should be enough to keep decades of water out until it's opened.