The "10-Day Drop" at Sunnyside District

How the 10-Day Drop affects budgets and staffing 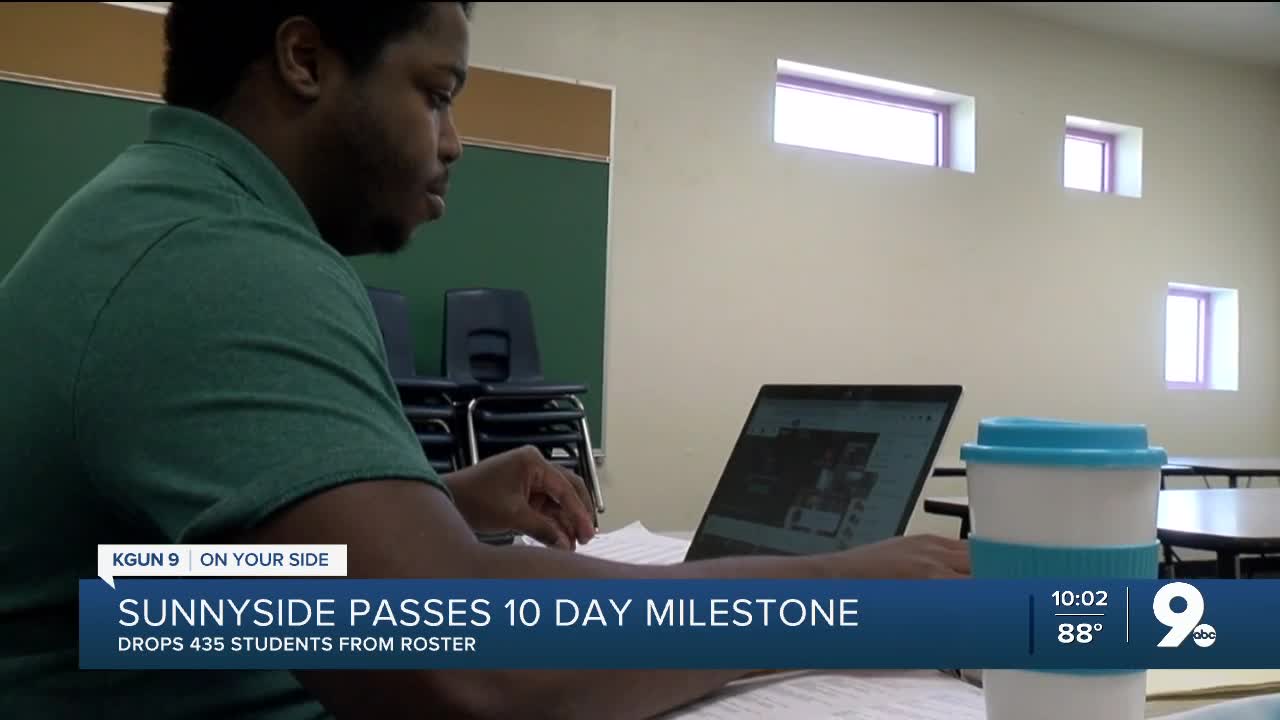 It's called the "10-Day Drop"; the day students are removed from a school's roster if they've never shown up for classes.

Districts have been nervous about losing students during the pandemic.

August 18 was the tenth day since the start of this school year in Sunnyside. 435 students deemed "no shows" have now been dropped entirely from the district's system.

"In reality, that's the state laws around funding," said Sunnyside Superintendent Steve Holmes, "that students have to be present with one day at least within those 10 days to continues to maintain part of your enrollment and funding structure."

Sunnyside district predicted the loss before COVID-19 hit; the district has had a steady decline for years because of its aging community. So the dip in numbers, Holmes said, didn't happen because of the pandemic.

That's a relief to Holmes, but losing any students right now is a big problem because for the past few years state funding has been based in real time.

"We are funded now based upon who shows up for that month," Holmes explained. "Every month, up until our hundredth day. The previous model would dictate after that hundredth day it would dictate the funding for the next school year."

Basically, districts no longer have the luxury of using last year's hundredth day for this year's funding.

That now means, each month, districts could receive more or less money and that could suddenly impact staffing levels.

Holmes predicted the current loss and had already adjusted his budget before the pandemic hit.

KGUN9 has obtained an internal email from TUSD. August 21 was their tenth day of school. We have no word yet on how many students the district will need to drop from the system. The email does say that district staff tried to contact all absentee students within the last several days.