Southern Arizona Storytellers: War veteran with quite a story to tell

Storyteller Bob Adamson sits down with KGUN9's own Guy Atchley

TUCSON (KGUN9-TV) - Meet Bob Adamson. He is is a war veteran with a quite a story to tell. 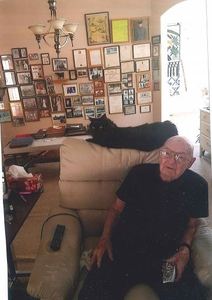 KGUN 9 On Your Side first heard of Mr. Adamson when he wrote a letter to introducing us to his 18-pound guard cat.

The cat photo was just the beginning.

Bob welcomed us into his living room and told us.

"I got my private pilot's license when I was a senior in high school."

Guy Atchley noticed a photo on the wall and asked, "Who's this young, handsome guy way up here?"

Bob replied, "Uh oh, that was me. I went to Staunton Military Academy, if you ever heard of that, in Staunton, Virginia. And that was me in the beginning. And that's how I ended up."

Guy asked, "What was your rank?"

Bob answered, "I was a retired commander. You know about the Battle of the Bismark versus the USS Hood?"

Bob goes on to say, "I was in the middle of that. On a British cruiser. And of course during World War II when I was in the Coast Guard the whole time, it was primarily the Battle of the North Atlantic, which meant anti-submarine work, escorting convoys and sinking submarines and like that." 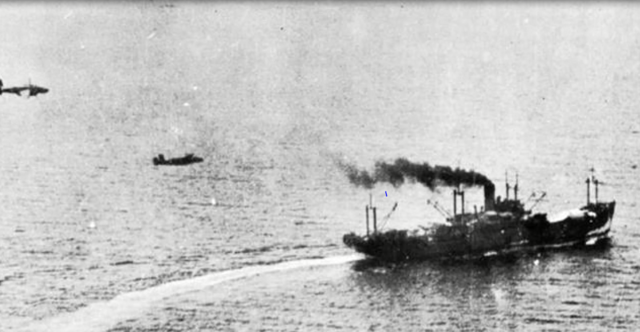 Bob Adamson can truly say he's lucky to be alive, "I've been in six plane crashes, all in the service, and that is because in the peacetime, and years afterwards I was a rescue pilot, helicopter and seaplane rescue. I got the broken neck primarily taking off in a seaplane, lost an engine and went like that." 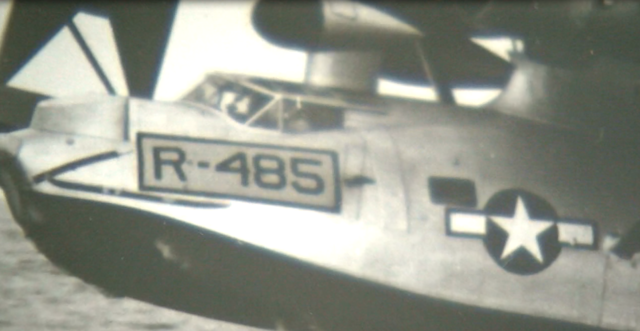 Guy asks, "Did you think it was over? At that point?"

Bob replies, "Well, no actually you don't think that. When something like that happens, you're too busy to think about that.  You're too busy thinking: How do I get out of here?  Or what do I do now? There's not time to get scared. I served during the Korean War too. And we did rescue work off the coast of Korea. When our guys got shot down, uh, I had a big seaplane, and we'd go in there and land, and rescue them before the Chinese destroyers could get to them."

Guy asks the former rescue pilot, "Do you have any idea how many lives you've saved over the years?" To which Bob says, "I would say probably at least 50 or 60." 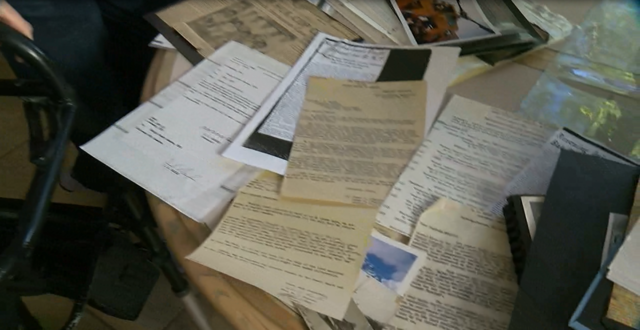 Guy inquired about the wall of photos, "You've got so much on the walls around here."

Bob replies, "Well, I'll tell you. My wife died five years go. She had Alzheimer's. That's why I'm in a house that's more than I need. I decided to stay here. So I decided to fix the place up. There are some of the many planes that I flew."

Bob asks Guy, "Did you see that?", pointing to photos on the wall.

Bob continues, "There's the seaplanes and the helicopters and all of that."

Bob point to one photo in particular, "That's the one I flew Eleanor Roosevelt in. And actually she came up and looked in the cockpit, and said, "May I sit down?", Eleanor Roosevelt flew as my copilot for five minutes."

Bob Adamson reflects on another harrowing battle, "I almost go killed twice during the Cold War. I was flying along the coast of Alaska going up to one of their Arctic stations. I was following a radio signal. The weather was bad.  And after a while I got a look at down below. I could see I was not on the right track. And I go down there and looked.  They had set up a decoy radio station in Russia.  And it was transmitting on that signal. Andy they were trying to get me to come up in and fly over Russia so they could shoot me down.  They wouldn't have shot me down.  They would have forced down for a big publicity, propaganda thing.  And I spotted it just before I went into Russian waters.  No that was a close one."

Adamson has saved some memorabilia, "I have a bunch of clippings.  I saved the newspaper clippings. Sometimes I would get noticed for that." 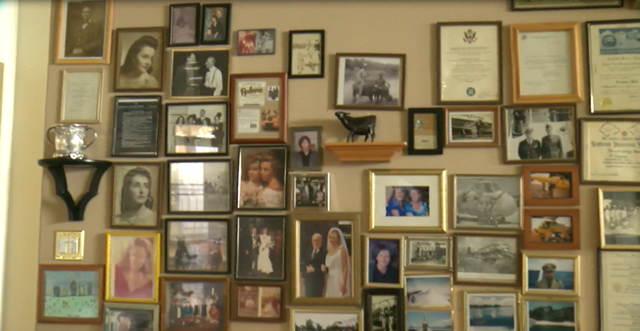 In reference to another photo, Adamson says, "This one, I was in San Diego flying a helicopter and there were a couple of high school boys in the mountains of Baja down below Tijuana. They were camping and after three days they hadn't come back, so they asked the Coast Guard to go in and look for them and I did that. I went in with the helicopter, spent two days and finally found them in the mountains and brought them back. They were very grateful.  They wrote me a letter and it was very nice.  At the bottom it said, 'Thank God for Bob Adamson and the U.S. Coast Guard,' that is a wonderful thing."

Guy inquires about well-known people in the photos, "You have some famous people up there." 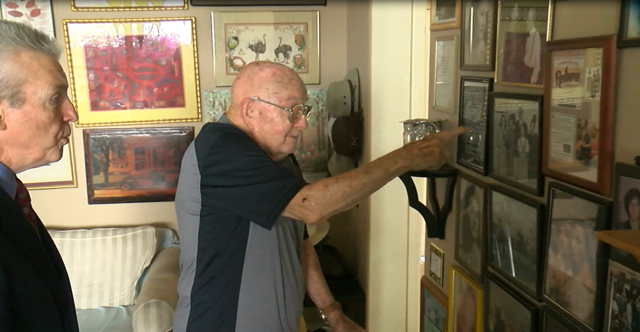 Bob responds, "Oh that's Jimmy Durante. Recognize him? And that's my father. And you know who that is? Clark Gable from Gone with the Wind. That's my mother. That's my grandfather. He was a congressman for 25 years.  He founded the U.S. Coast Guard. 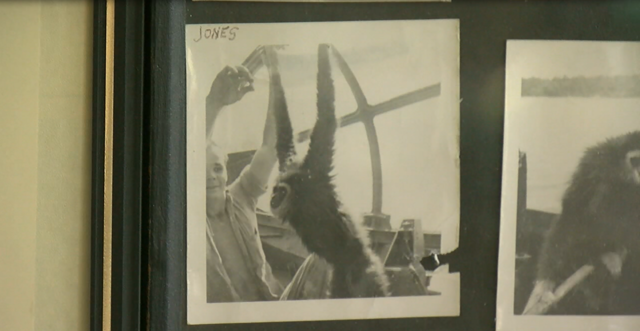 Not all the faces on Adamson's living room wall are human.

Bob explains, "Yeah, that's Throckmorton Gildersleeve Caverburton. And there he was. He was a Siamese Gibbon ape.

Bob answers, "In the Philippines. We got him out of the jungle. Actually came into a general's station, and was hungry and we fed him something, and he decided to stay.  Every time we'd start up the engines, he'd run out and jump in. And when the brass found out we were doing that. The general said you get that damn animal out of here.  Yeah.  I transferred him to another station."

Guy's interview with Bob ends with a good laugh at that story. 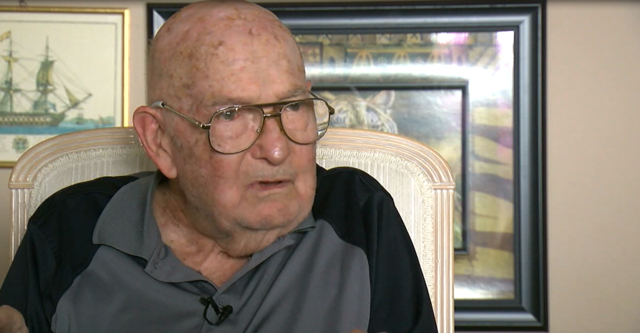