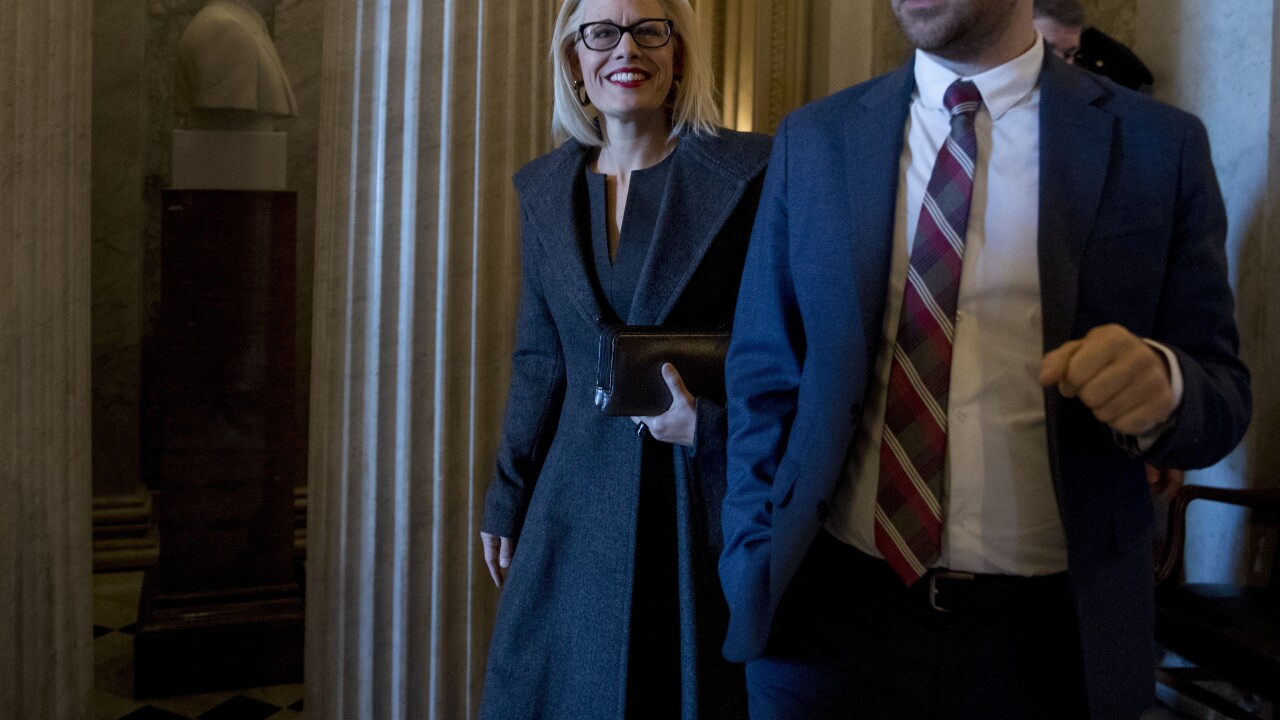 (Copyright 2020 The Associated Press. All rights reserved. This material may not be published, broadcast, rewritten or redistributed.)
Andrew Harnik/AP
Sen. Kyrsten Sinema, D-Ariz., walks through the halls of the Capitol building in Washington, Thursday, Jan. 10, 2019. (AP Photo/Andrew Harnik)

TUCSON, Ariz. — Arizona Senator Kyrsten Sinema voted against the controversial "Green New Deal," Wednesday, splitting from a plan by Democrats to thwart an attempt at dividing her caucus.

“We need to address a changing climate with realistic, achievable solutions. Congress should stop the political games and work together on practical solutions that foster a healthy environment, grow our economy, and help Arizona families get ahead.”

Republican Senate Majority Leader Mitch McConnell announced his intent hold a vote on the legislation earlier this year. It's a move likely intended to divide the opposition, while forcing purple-state Democrats like Sinema to take a difficult vote that could alienate some constituents.

Ultimately, Democrats attempted to thwart McConnel's plan by voting "present" on the legislation. In the end, the resolution failed on a vote of 57 in favor, 0 against. All but three Democrats complied with the plan: Joe Manchin of West Virginia, Doug Jones of Alabama, and Sinema.

The Green New Deal is a resolution first introduced by Democratic Rep. Alexandria Ocasio-Cortez of New York and Sen. Ed Markey of Massachusetts. The resolution -- which is nonbinding and would not enact any actual changes -- calls for sweeping changes to the U.S. economy and infrastructure in order to achieve net-zero carbon emissions.