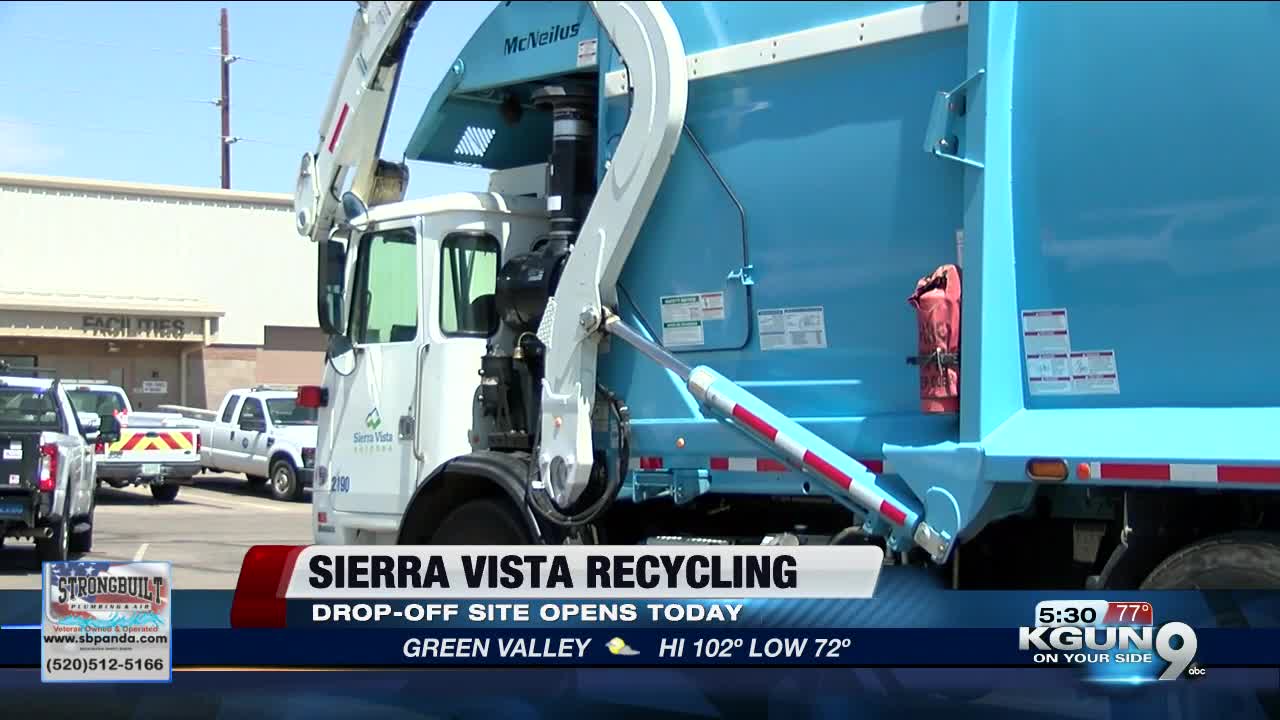 After months of dealing with a struggling recycling market, Sierra Vista city officials decided to end the curbside recycling pick up program and replace it with a recycling drop-off site. 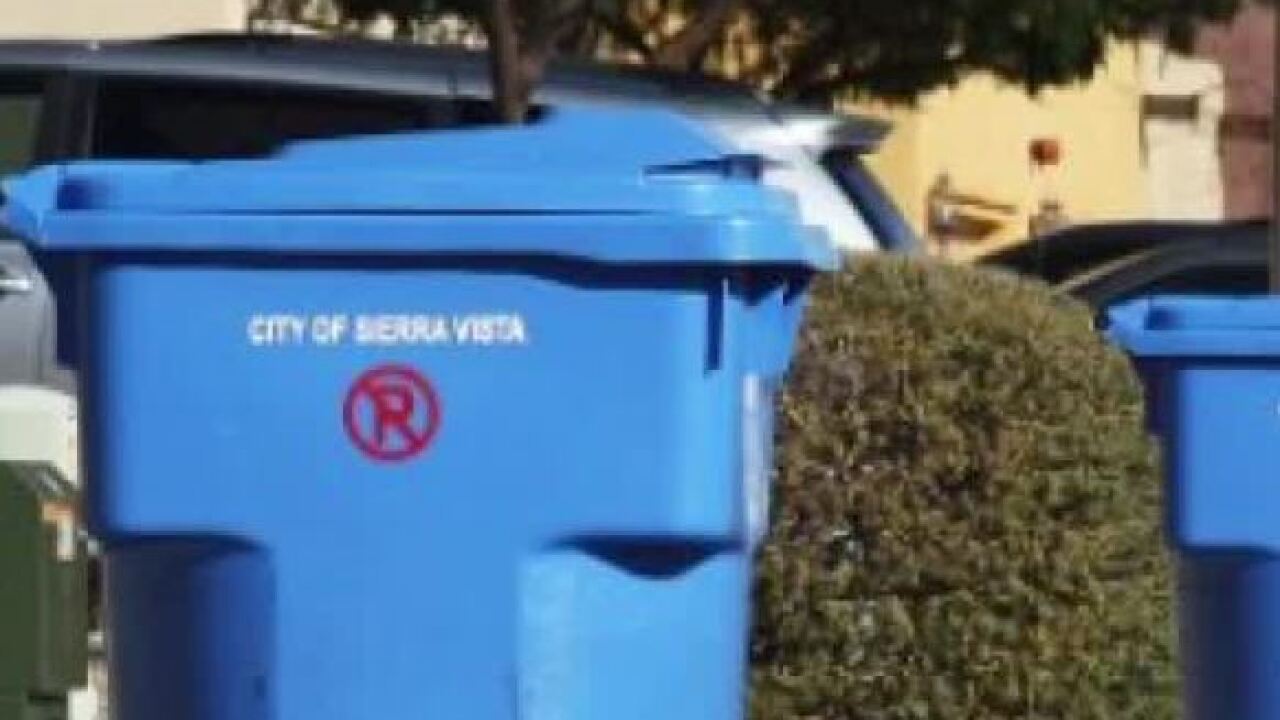 SIERRA VISTA, Ariz. - After months of dealing with a struggling recycling market, Sierra Vista city officials decided to end the curbside recycling pick up program and replace it with a recycling drop-off site.

The #recycling market in the #US has changed & those changes have made their way to @SierraVistaAZ - Coming Up on @kgun9 why residents here no longer need to pull their blue bins to the curb. pic.twitter.com/2Z6rIAWI2f

Recycling trucks made their last blue bin pick up on June 21.

Richard Cayer with the city's Public Works Department told KGUN9 they began seeing a shift in the recycling market nearly 18 months ago.

“We could no longer afford to pay to get rid of recyclable materials, we had to find a more efficient way," said Cayer.

So, city officials decided they needed to make a change, at least for the time being.

The drop-off site will allow nearly 11,000 Sierra Vista residents who were a part of the blue bin recycling program to drop off their recyclables.

“At this point were going to accept aluminum cans and tin cans, cardboard, and number one and number two plastics," said Cayer.

A public works employee will staff the drop-off site with the help from Department of Corrections inmates.

They will help sort through all of the recyclable materials that come in and will make sure they get into the correct containers.

While city officials are hopeful the drop-off site will be popular among residents, they recognize it could take some time for popularity to pick up.

"It's the old, if we build it, they will come, that's what we're hoping for," said Cayer.

KGUN9 spoke to Dianne Marben, a Whetstone resident who works in Sierra Vista and used to bring her recyclable items to a family member who would then put them into her blue bin. Maber said the new change makes it harder for her and her family to recycle and could be something out of reach for her.

"It'll end up going into the landfill because we can't go out there it's opposite direction of where we live," said Marben.

Rebecca Abbott, a Sierra Vista resident, on the other hand told KGUN9 she's passionate about recycling and will do whatever is in her power to keep recyclable materials out of landfills.

"We're going to try to make it a thing at our house. We're going to use some of the little trash cans that you can get for your bathroom and put our recycles in there and then as they fill up come and drop them off," said Abbott.

When the recycling pick up program started years ago Sierra Vista residents were no charged. So, now that it is being done away with Cayer said there will be no change in trash pick up charges.

Since blue bins will no longer be picked up, Sierra Vista residents can fill out this online request form.

Blue bins cannot be used as an additional trash can. according to Cayer.

Trash will now be picked up twice a week, according to Cayer.