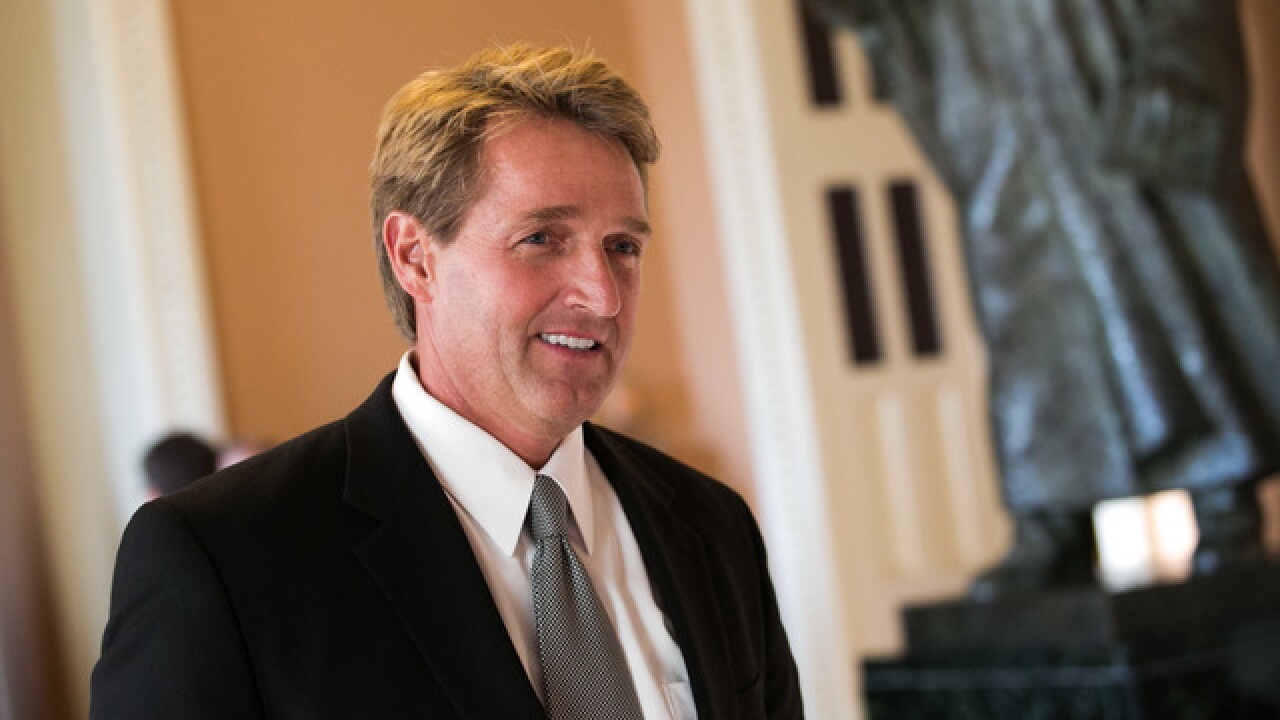 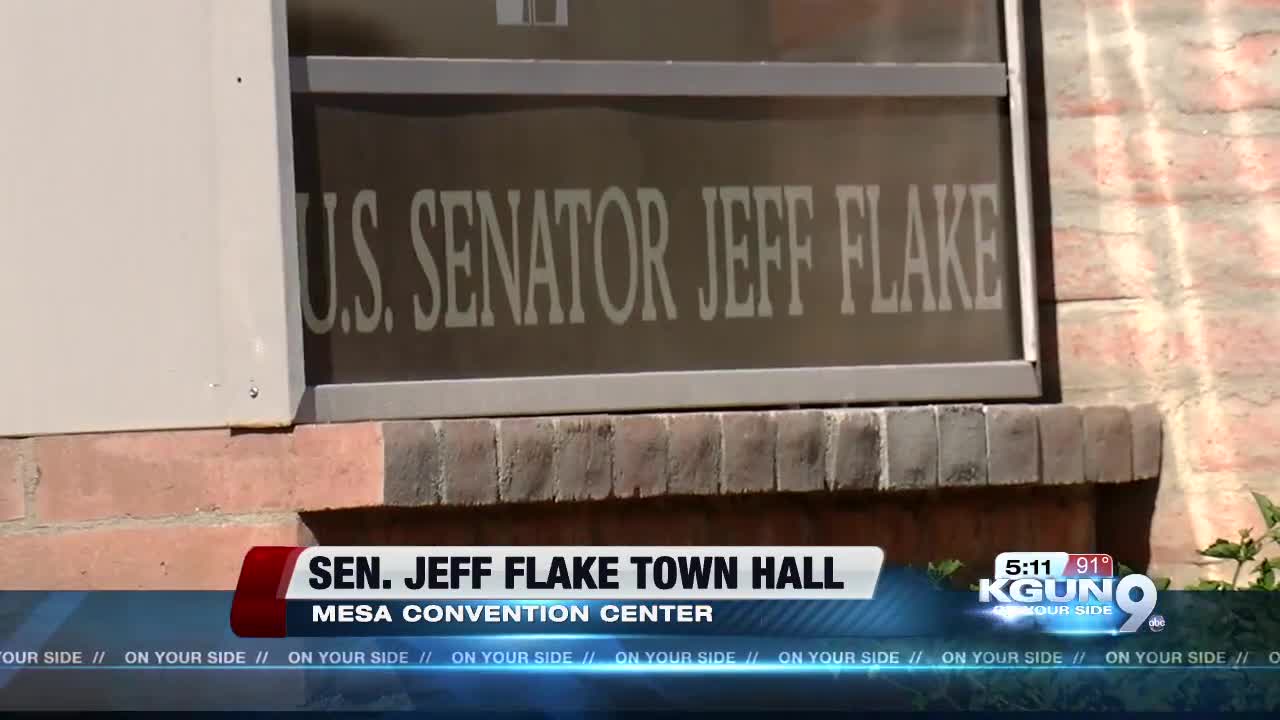 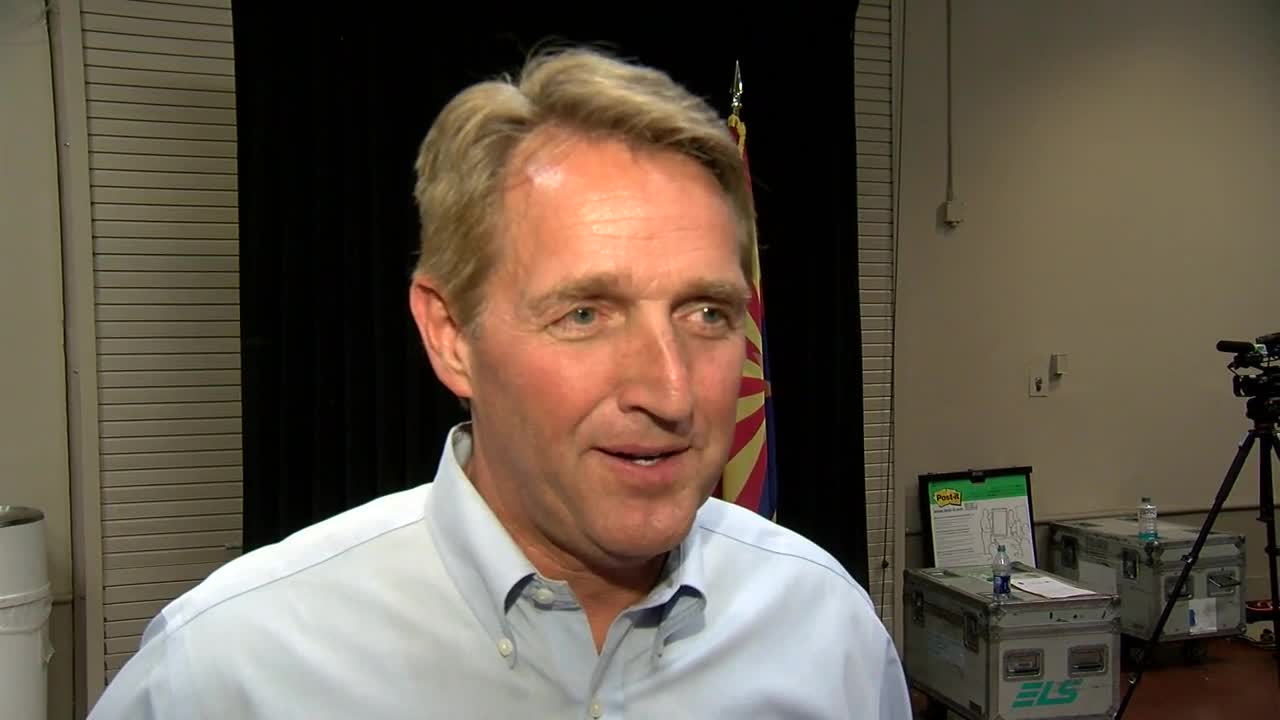 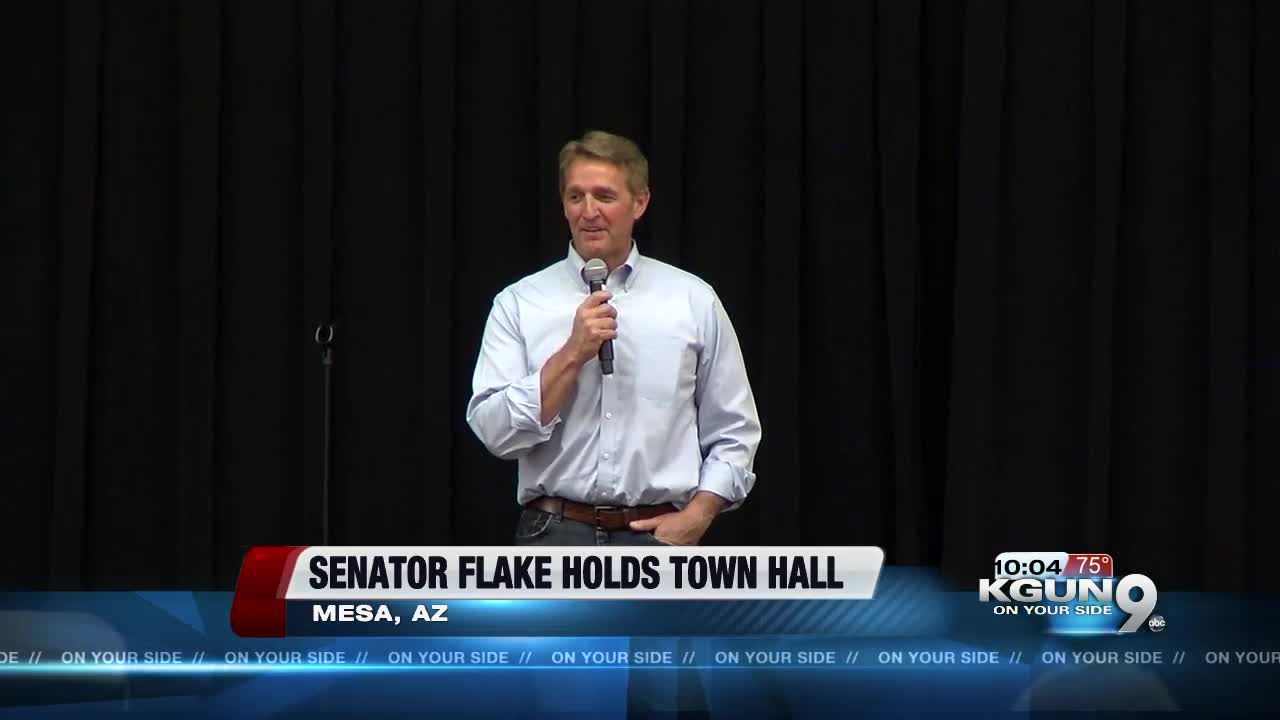 U.S. Senator Jeff Flake hosted a town hall with constituents after coming under criticism for avoiding such gatherings in recent months.

The first-term Arizona Republican's announcement of the event included a code of conduct that said attendees with signs, banners or "objects that create a disturbance" would not be admitted. It also stated people would be immediately removed if they did not comply with the posted and audible instructions.

Tensions were high from the start of the meeting that was scheduled to run until 8:30 but went over an hour longer.

Sen. Flake would try to answer questions and the crowd would interrupt with cheers for the questions and boos for many of his answers.

The crown had green papers for questions they liked and red papers for his responses.

Resounding boo's and red flags when it came to health care.

The Senator's stance: "I will continue to support as much as I can, our free market system of healthcare. I'm not in favor of a single payer."

"Arizona has been ground zero for  the failure of the Obamacare exchange. If you live in any of Arizona's 15 counties, you're paying more as a family of 4 for your healthcare premium than you are for your mortgage," Flake added.

Though outnumbered, Robert Mandarino came to show support for the Senator.

"I wanted to at least be a clapper and applauded for Jeff when he says something that I'd say. Don't misunderstand me, Jeff and I don't agree 100% on everything. But we can talk to each other," Mandarino said.

Despite the heated atmosphere, the town hall remained peaceful throughout the evening.

KGUN9 sat down one-on-one with Senator Jeff Flake. You can see that interview here: