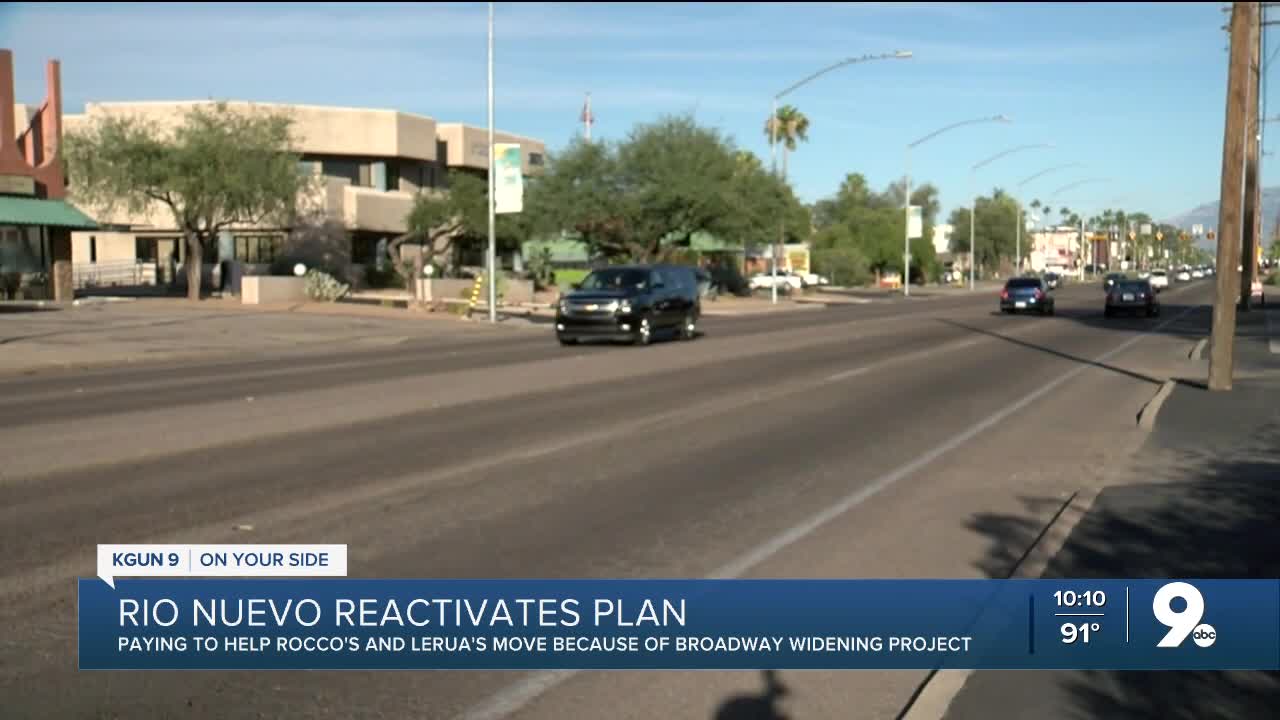 The Rio Nuevo Board is now re-activating their plan to help pay for two local restaurants to relocate.

TUCSON, Ariz. — The Rio Nuevo Board is now re-activating their plan to help pay for two local restaurants to relocate.

Earlier this year, the organization announced they'd grant Lerua's and Roccos some funds because they're being displaced by the widening of Broadway Boulevard in midtown.

That project was put on hold during the pandemic because Rio Nuevo says they were losing too much money.

Chairman Fletcher McCusker said "People are expressing unbelievable confidence in the future of the city of Tucson, and that's the balance I think we're trying to maintain here at Rio Nuevo. How do we help our merchants survive, at the same time how do we keep some focus on economic development, so that when we come out of this pandemic, Tucson isn't also-ran, that we're also. That we're viewed as the city of the future."

The board also approved moving forward with the Bungalo Block on Sunshine Mile.