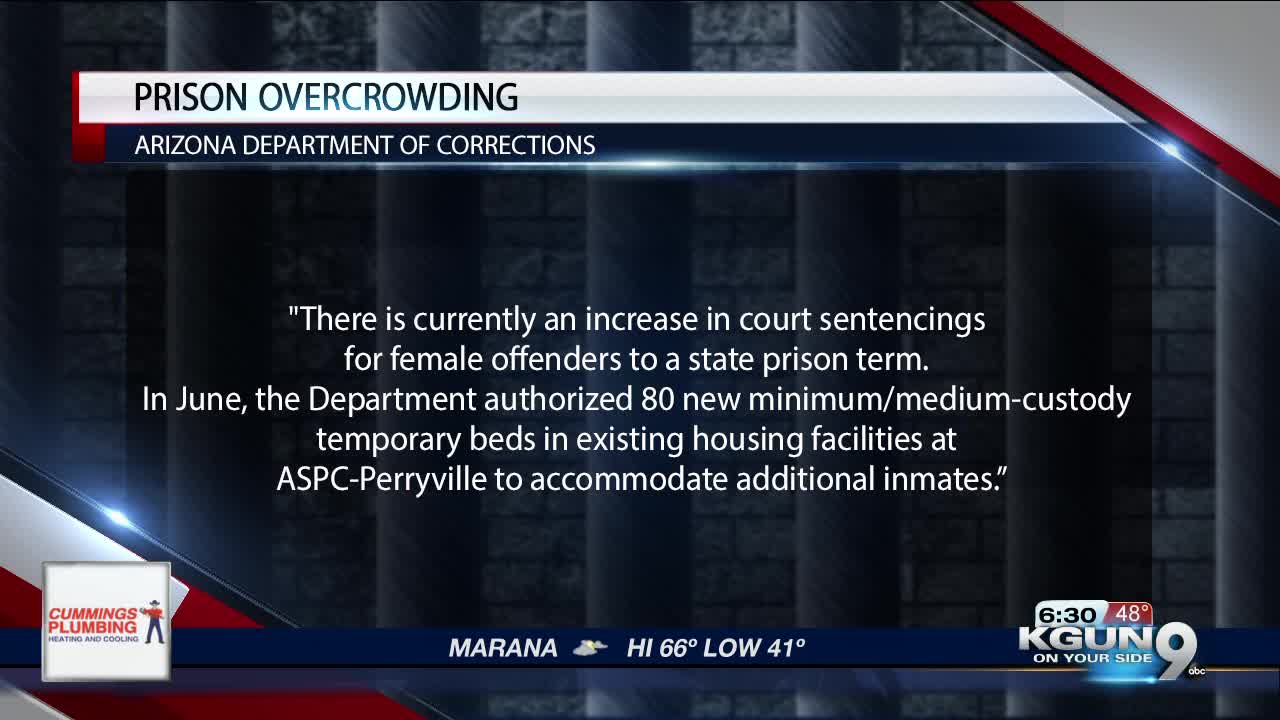 TUCSON, Ariz. - The Arizona Department of Corrections plans on asking the Joint Legislative Budget Committee to reopen a unit at the Douglas prison to help with overcrowding issues at the Perryville prison in Goodyear, Arizona.

Back in November, the Arizona Department of Corrections wrote a letter to the Joint Legislative Budget Committee in which they explained that as of October 31, 2019 the "female population at ASPC-Perryville is 4,422. The operating capacity of 4,355 beds includes 4,214 rated beds and 141 temporary beds," the letter continued on with "80 of the 141 temporary beds were added during June 2019 due to the increasing female inmate population."

The letter written by the ADC continued on to say "despite the increase in temporary beds the October 31, 2019 population exceeds the operating capacity by 67 inmates."

In order to solve this issue, the ADC wants to reopen the Papago Unit at the Douglas Prison.

Reopening the Papago Unit would add 250 permanent beds and 90 temporary beds, according to a letter sent by the ADC.

The letter added "initially ADC will only 100 of the 340 beds based on the current bed need. As the population increases the remaining 240 beds will provide additional capacity for inmates."

KGUN9 reached out to the Arizona Department of Corrections, who said the following.

There is currently an increase in court sentencings for female offenders to a state prison term. In June, the Department authorized 80 new minimum/medium-custody temporary beds in existing housing facilities at ASPC-Perryville to accommodate additional inmates. However, growth in new commitments has continued, and ADC is looking at housing options that can accommodate the increased demand.

A statement from the American Friends Service Committee - Arizona Office opposed the opening of the Papago Unit, and added the following.

Instead of working to make state prisons safer for incarcerated people and prison staff alike by advocating for a reduced prison population, Director Shinn wants to send hundreds of low-risk women to a shuttered facility that may not be safe or healthy for them,” said Caroline Isaacs, program director for AFSC-AZ. “We should not create further separation from women and their loved ones. We should not risk further hardship to Arizona’s families. The solution here is obvious: Stop incarcerating so many people, especially women.

The Joint Legislative Budget Committee will be deciding on the matter during a scheduled meeting on Wednesday, December 11 at 1:15 p.m.