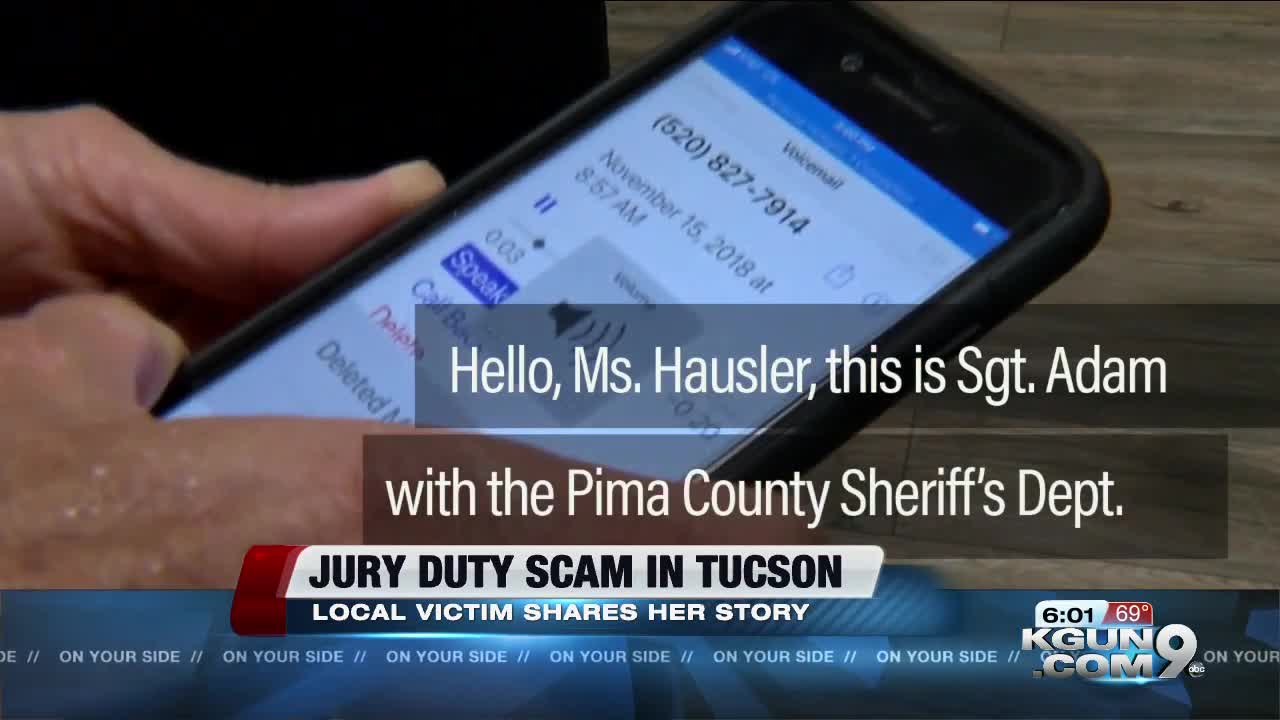 Tucson health professional shares her experience with scam so you know what to watch out for. 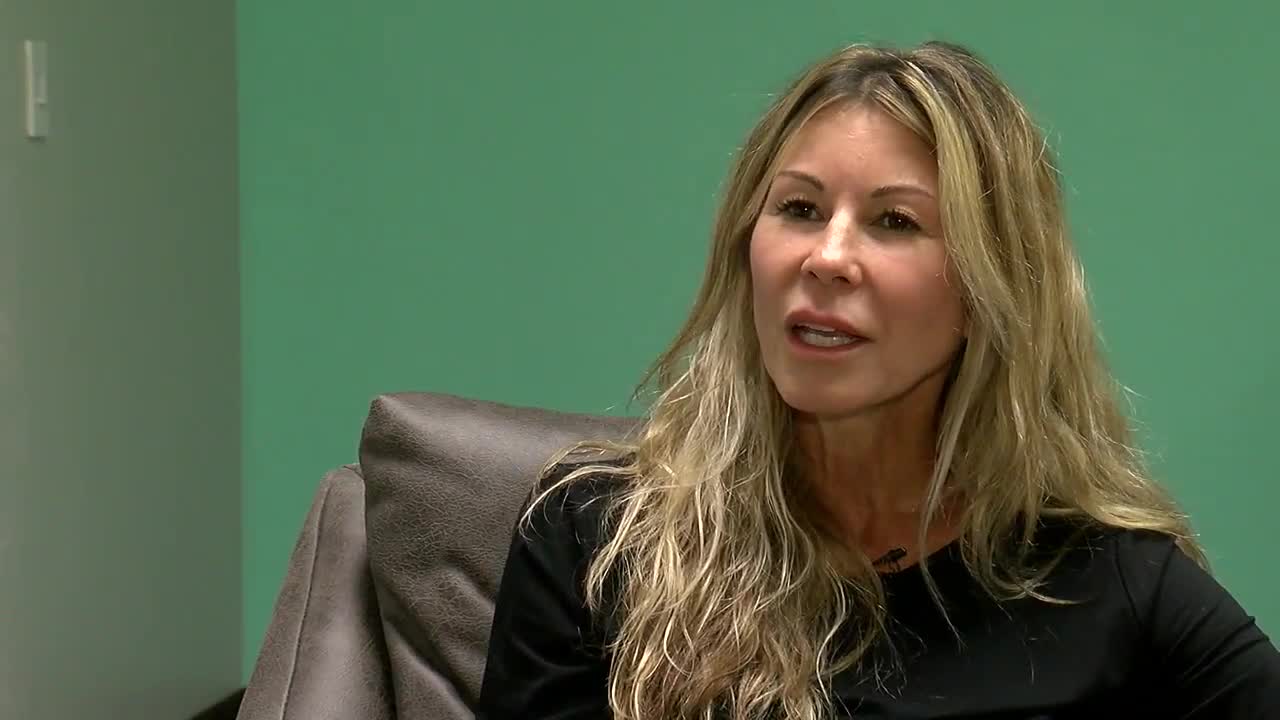 A Tucson health professional falls victim to the latest Jury Duty Scam that cost her more than a thousand dollars. She shares her experience so you know what to watch out for.

A nationwide scam claims you'll be arrested because you missed jury duty and you'll have to pay right away to escape it. You might think you can spot a gimmick a mile away, but a Tucson businesswoman  fell for it -- hook, line and sinker -- last week.

At the start of Denise Hausler's busy workday as experienced licensed professional counselor, she received a call that went to voicemail. The man identified her by name.

Hausler called him back right away. The imposter told her there are two federal warrants out for her arrest. Hausler panicked -- fearing she would be arrested at her office in front of her clients.

The caller told her if she drove down to the sheriff's department right away -- she can post bond then appear before a judge who will probably give her the money back.

"I'm panicked, I'm crying, I'm literally thanking this man for helping me not be arrested and being able to go home and not be detained and apologizing," she said.

And he told her she can't get off the phone with him or talk to anyone. "We're going to track you by phone until you get to this location because we don't want you to flee and I'm believing this," she said.

Minutes later, the caller instructed her to first buy My Vanilla cards from Walmart -- 5 of them -- totaling $2,500 because the payment system was down at the sheriff's department and those specific cards are used for these types of cases.

And she believed him.

She said, "I know, I know. In retrospect, I think, who am I? It doesn't even sound real. But when you're in it, he was so intimidating and so direct and telling me, 'We're going to come and detain you.'"

She bought the cards. The scammer then told her to read all the card numbers to him to verify they're valid.

She did, but at that point she became suspicious and asked a stranger to call the Sheriff's Department. "And the man said, 'You're getting scammed. You need to get in there an undo your cards,'" she said.

But it was too late. She could only recover less than a thousand dollars.
Hausler wanted to share her story because the scam can be very believable.

"I just don't want other people to fall for it. If you hear My Vanilla, now I know the Sheriff's Department does not come to get you if you did miss jury duty. I didn't know that," said Hausler.

We called that same phone number left on Hausler voicemail and it's the same voice -- saying it's the Pima County Sheriff's Department. These con artists use a spoofed phone number.

The Arizona Attorney General says legitimate government offices will not threaten you with imprisonment or demand that you pay a debt immediately.

Law enforcement and courts in Southern Arizona have also been warning people not to fall for it.

If a person does fail to appear for jury service, they may be mailed a notice card which would read:

FAILURE TO APPEAR NOTICE: Our records indicate you failed to appear as instructed for jury service on the date noted above. SECOND SUMMONS NOTICE: You must immediately call the jury office at 724-4222 to reschedule your jury service. Failure to contact the jury office may result in further action being brought against you by this Court as prescribed by Arizona law. WWW.SC.PIMA.GOV/JURY

The Superior Court urges anyone contacted by potential scammers to immediately call the Jury Commissioner's Office (520-724-4222), to verify whether a jury summons is in effect.

Because this is a nationwide issue, if you receive a call from a scammer please file an online report with the Federal Trade Commission by going to www.ftc.gov and following the "File a Consumer Complaint" link. City of Tucson residents may also file a local Tucson Police Department report at any TPD substation, Monday through Friday, 8:00 a.m. to 5:00 p.m., or by calling 520-791-4444, option #2. Pima County residents may file a fraud report online at www.pimasheriff.org or by calling 520-351-4900 or 1-888-477-2328.