Questions linger on what will happen with the already separated children 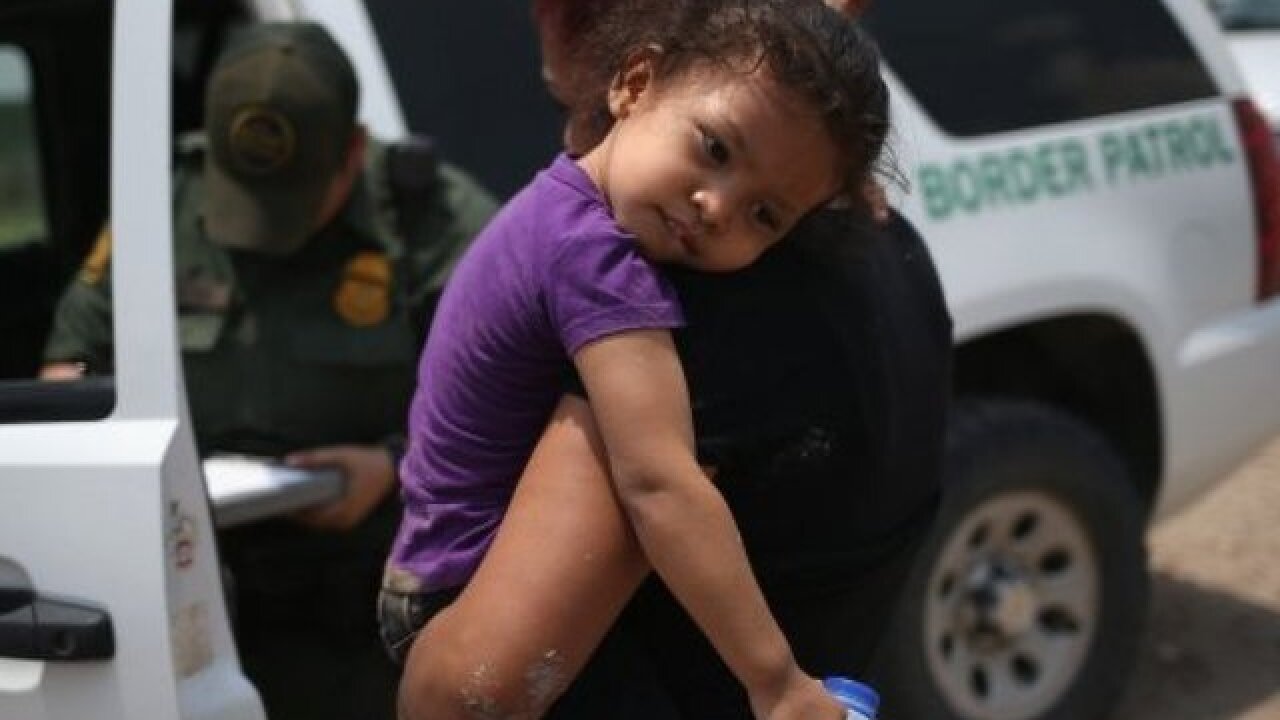 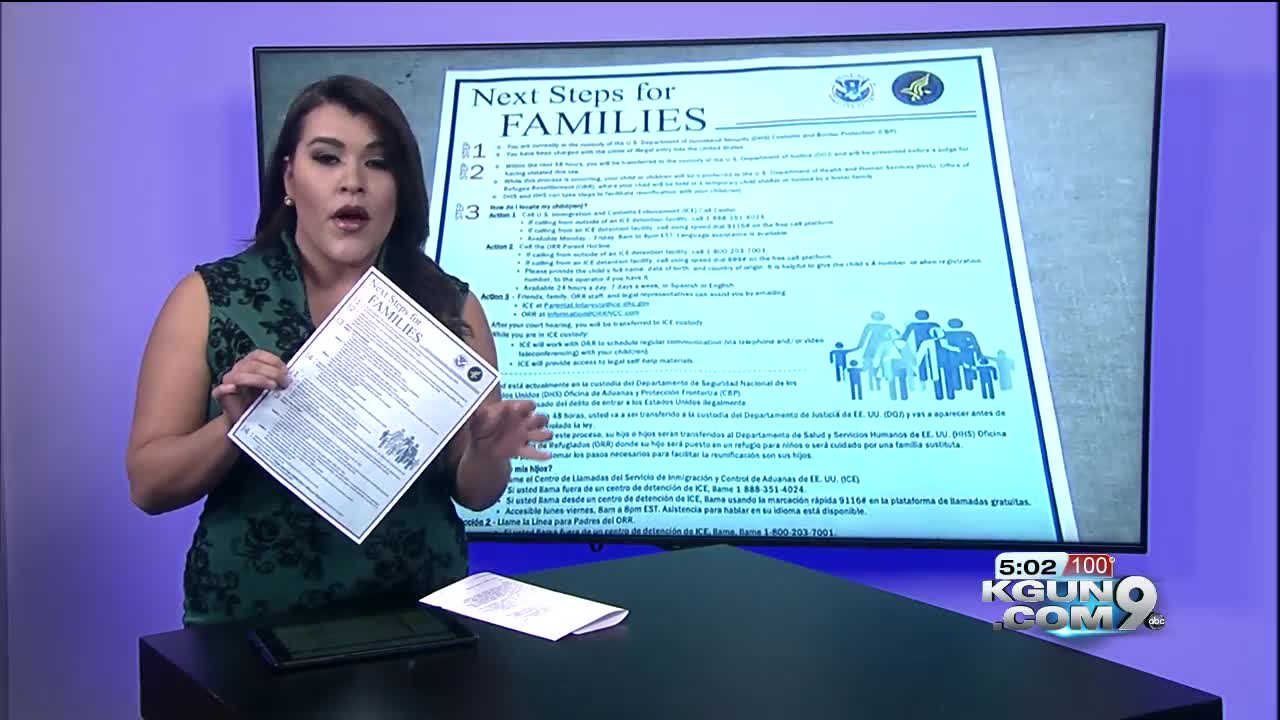 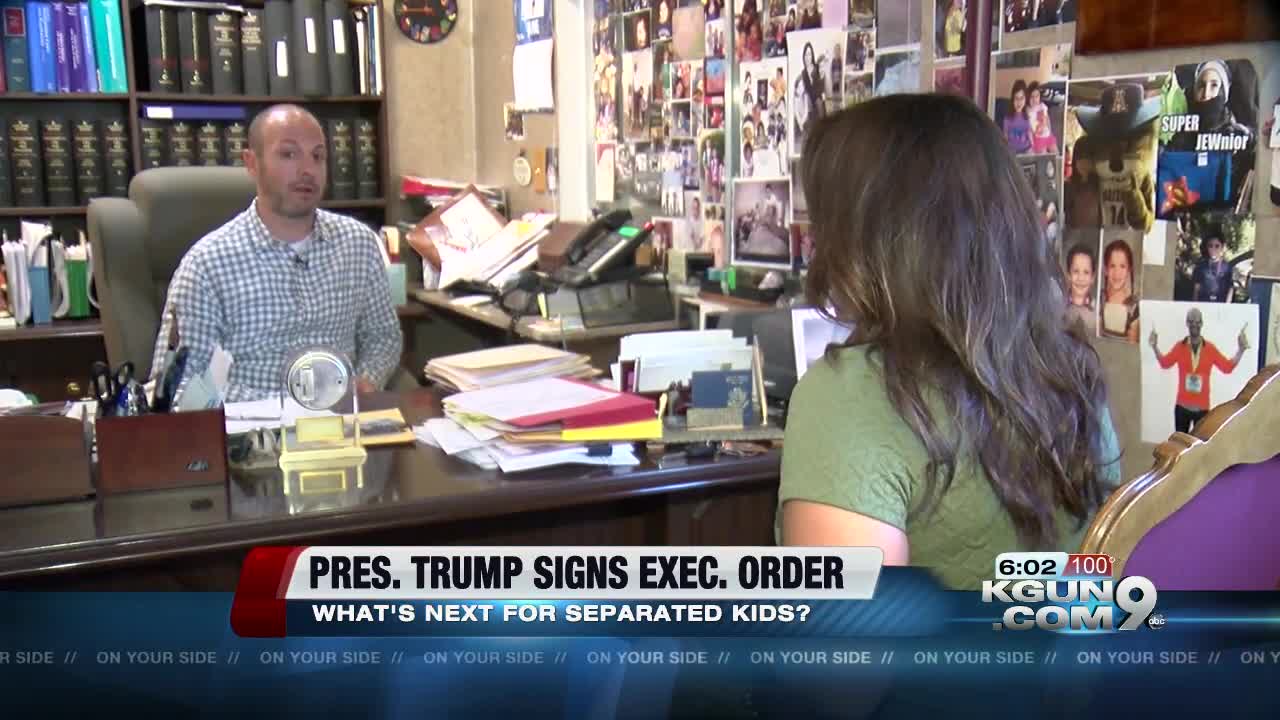 In April, the Trump administration implemented the zero-tolerance policy for illegal immigration.

Since then more than 2,300 children have been separated from their parents.

For the families already separated - parents receive a flyer in English and Spanish with steps to take to be reunited with their children.

RELATED: Immigration lawyer explains why families are being separated

"If they call, I heard there are problems because the parents often don't have the number that they assigned to the child or there's information that's not available. They call, and they wind up leaving a message, and they don't hear back," says Immigration lawyer, Maurice Goldman.

KGUN9 reached out to Southwest Key Programs, the non-profit housing the separated children and in a statement they say,

Southwest Key Programs does not support separating families at the border. For 30 years, our work in offering youth justice alternatives, immigrant children's shelters, and education has served to improve the lives of thousands of young people. We believe keeping families together is better for the children, parents and our communities, and we remain committed to providing compassionate care and reunification. For every child who has come through our shelter doors, we start on day one to reunite them with their parents or a family sponsor and to provide the kind of service that will help them thrive. This has been our priority for decades.

KGUN9 asked what the protocol was for reuniting families,

Case Management is responsible for a safe and timely reunification via interviews, background checks, and approval from the Office of Refugee Resettlement.

But the timely manner remains to be unclear.

Goldman says, there are now some serious questions as to where the children in these detention centers will go next and how they'll be reunited with their families or if they will they be placed into foster homes.

"How will the parents be able to identify the children, is there any sort of plan? because it looks like there wasn't any plan of action on how to reunite families and ultimately what can happen is the parents can wind up being charged with a crime, put in criminal proceedings and then get departed, and the children are still here, and they never see their parents ever again," says Goldman.