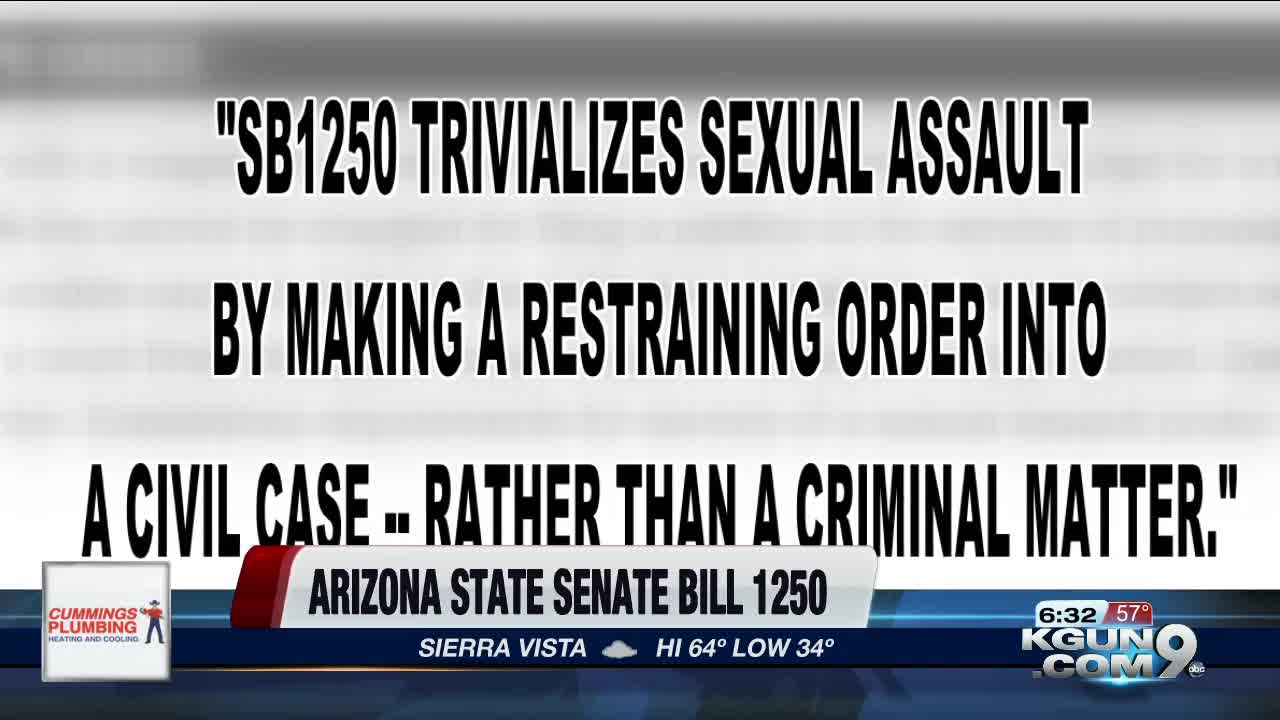 A proposed Arizona State Senate bill would allow sexual assault victims to apply for an order of protection against their attacker no matter their situation.

TUCSON, Ariz. — A proposed Arizona State Senate bill would allow sexual assault victims to apply for an order of protection against their attacker, no matter their situation.

If passed, SB1250 would give sexual assault victims the chance to file a legal order of protection against their attacker.

State Senator Victoria Steele, who is the primary sponsor of the bill, said this bill bridges a gap in the current state law.

"This would keep someone who has raped you from having access to you say at work or at school or from coming into your house or even coming near a relative or someone in your family," Steele said.

Under the current law, in order for victims to get a restraining order they have to have had an intimate relationship with their attacker, prior to the attack. This could be a boyfriend or girlfriend.

The law also states they would have to prove multiple instances of harassment.

This means sexual assault victims can't claim harassment if it only happened once.

"Prior to this it could be possible for someone who is a victim of sexual assault to get an injunction against harassment if they could show that there was a pattern of harassing conduct that the sexual assault might have been part of," Bureau Chief for the Pima County Attorney's Office Alan Goodwin said.

He also said this new bill would allow victims to keep their address confidential and make law enforcement serve the paperwork to the defendant. This keeps the victim from having to encounter their attacker.

Not everyone thinks this change is a good idea.

A representative for The center against sexual assault or SACASA said this is still a step forward for victims.

"It's an opportunity to put power back in the hands of survivors," katlyn Monje, SACASA Supervisor, said. "It gives them a chance -- again that viable legal option -- to say I can do something about this, while giving them an opportunity to really live their daily life, without more disruption into it."

It has already overwhelming past in the Arizona Senate, and is just waiting for approval from the house.