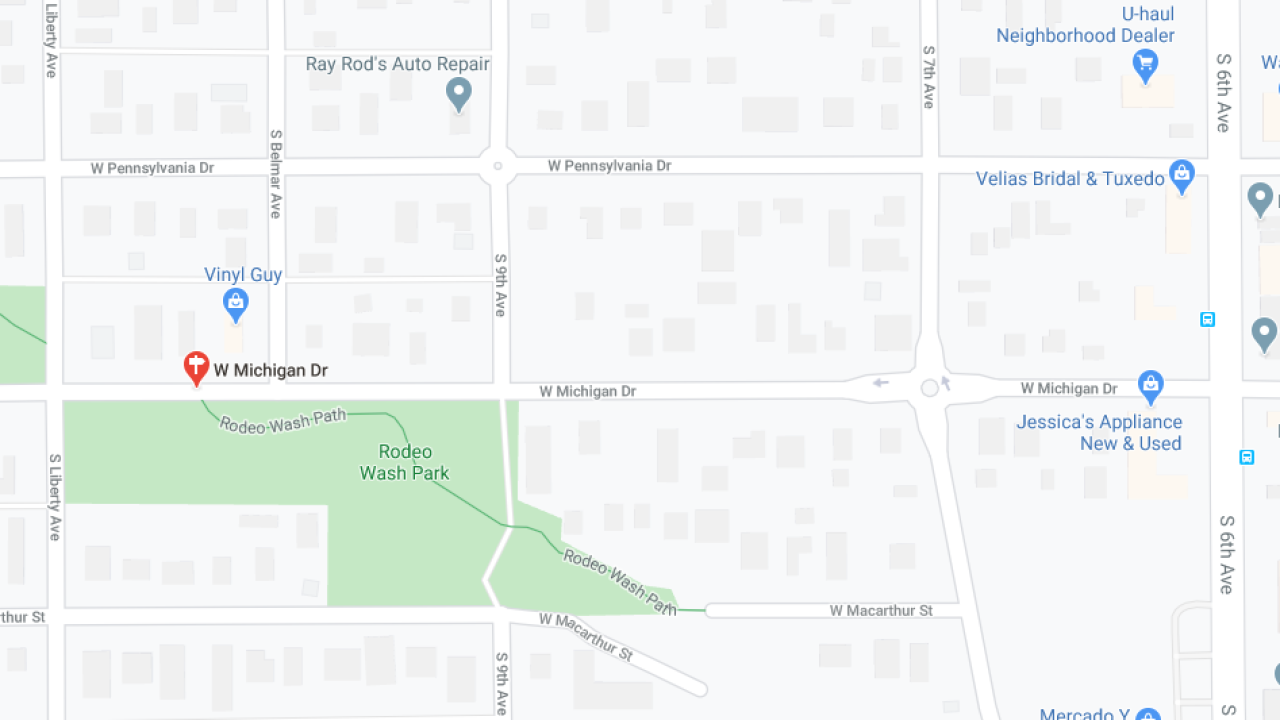 Google Maps
The Tucson Police Department is investigating a deadly motorcycle crash that happened May 21 near the southside.

TUCSON, Ariz. — The Tucson Police Department is investigating a deadly motorcycle crash that happened May 21 near the southside.

Police say officers from Operations Division South and Tucson Fire Department crews were called out to the area of S. 7th Avenue and W. Michigan Drive around 10 p.m. for a report of a serious-injury crash involving a vehicle and an ATV.

Upon arrival, TFD crews rendered aid to the ATV rider and passenger, both were taken to Banner University Medical Center with serious injuries.

The driver of the ATV who has been identified as 16- year-old Allan Cruz-Martinez, later died of his injuries at the hospital. Next of kin has been notified.

According to interviews, a gray 2011 Honda Accord was traveling westbound on Michigan Drive.

Police say the Honda stopped at the stop sign at the intersection of Michigan Dr. and 7th Ave. That area has a four-way stop sign and a round-about in the center.

A Red Honda TRX400 ATV was traveling northbound on 7th Ave at the same time.

Police say the ATV failed to stop for the stop sign, driving through the center of the round-about and then colliding with the driver door of the Honda Accord vehicle.

The driver of the Honda Accord did stay on scene and called 911.

Neither ATV riders were wearing a helmet at the time of the crash.

Police say roadway evidence determined that speed does appear to be a factor.

No charges or citations have been issued at this time.