Police: Motorcyclist dies after crash near east side 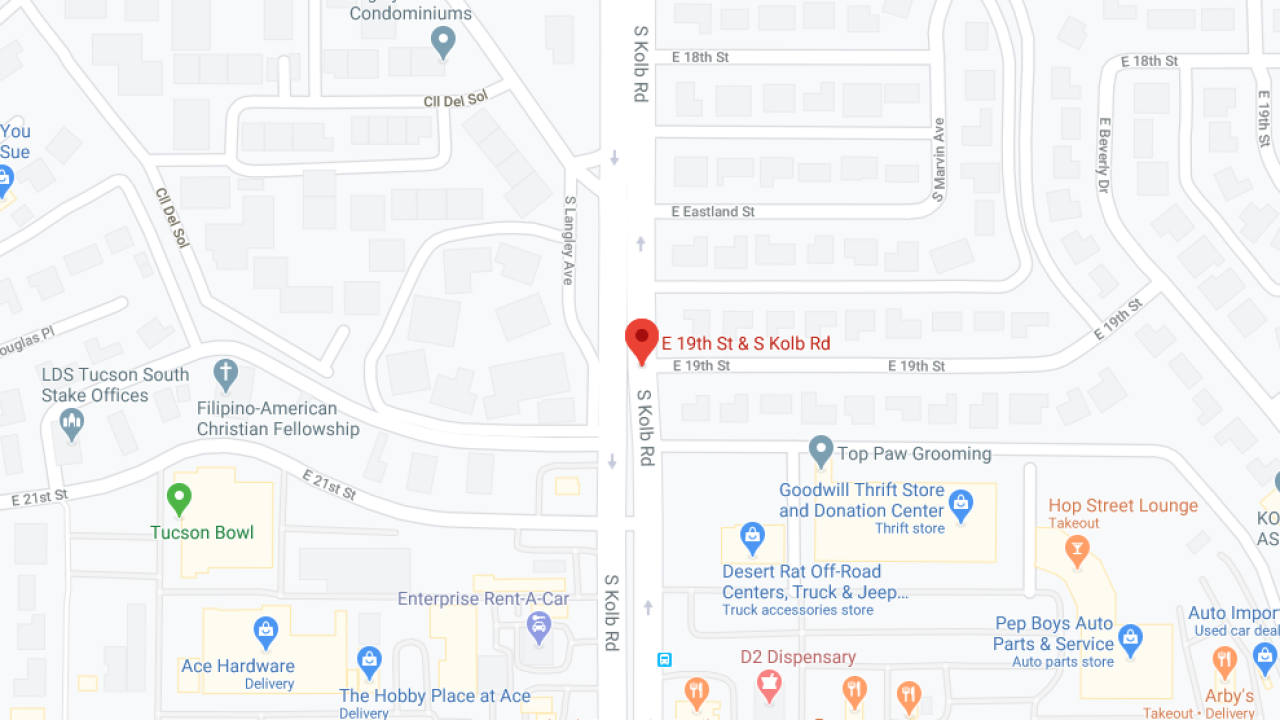 Google Maps
The Tucson Police Department is investigating a deadly crash involving a motorcycle that happened near the east side Saturday night.

TUCSON, Ariz. — The Tucson Police Department is investigating a deadly crash involving a motorcycle that happened near the east side Saturday night.

Police say officers from Operations Division East were called out to the area of South Kolb Road and East 19th Street around 11:21 p.m. for a report of a serious-injury motorcycle crash.

Upon arrival, Tucson Fire Department personnel were treating the motorcyclist, but was later pronounced dead at the scene, according to TPD.

The motorcyclist has been identified as 59-year-old Aaron Knosp. Next of kin has been notified.

Knosp was not wearing a helmet at the time of the crash, police say.

DUI officers were called out to the scene and determined the driver of the vehicle was impaired during the time of the crash.

Police say excessive speed and impairment are both a contributing factor in the crash.

No charges or citations have been issued at this time.

Detectives interviewed one occupant of the Acura who remained on the scene, but are asking anyone with information about this accident to call 88-CRIME.