Police investigate homicide on Tucson's west side after man dies 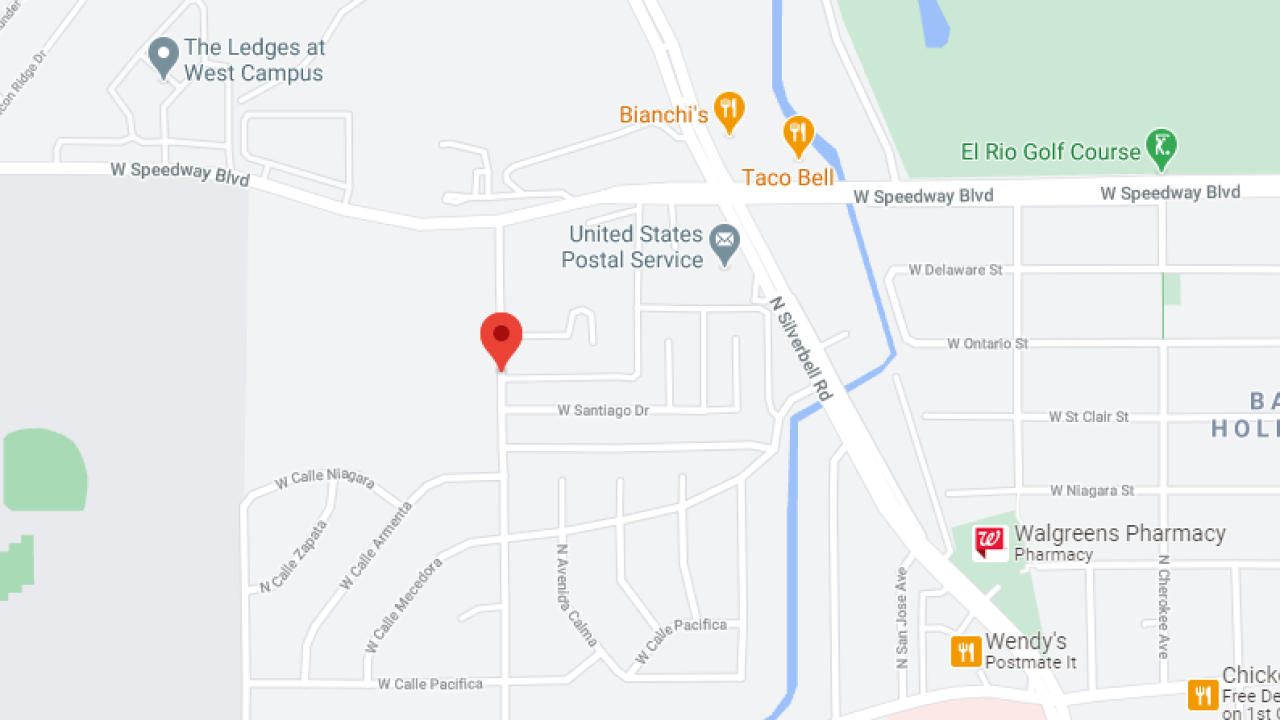 Google Maps
Tucson police are investigating a homicide that happened near the west side early Friday morning.

TUCSON, Ariz. — Tucson police are investigating a homicide that happened on the west side early Friday morning.

The victim has has been identified as 30-year-old Morgan Tyler Brown. Next of kin was notified.

There are no suspects in custody right now, according to TPD. Detectives do not suspect that this is a random act.

Anyone with information about this incident is asked to call 88-CRIME.