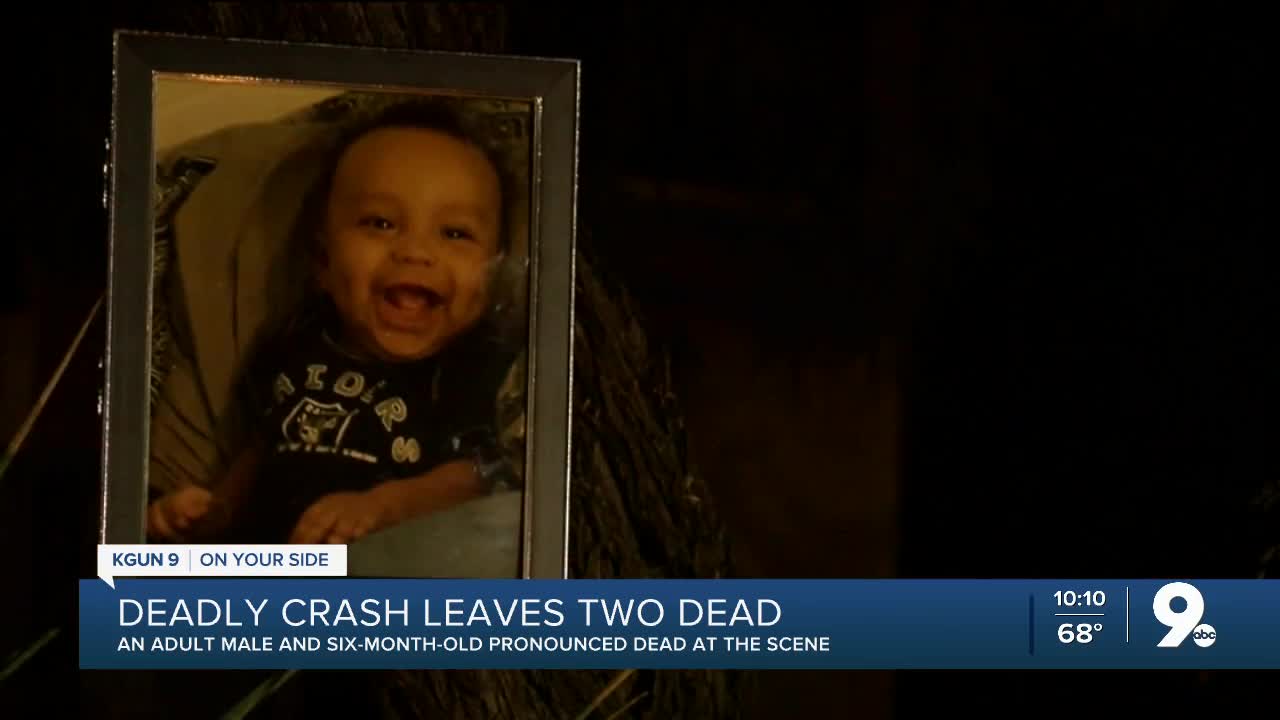 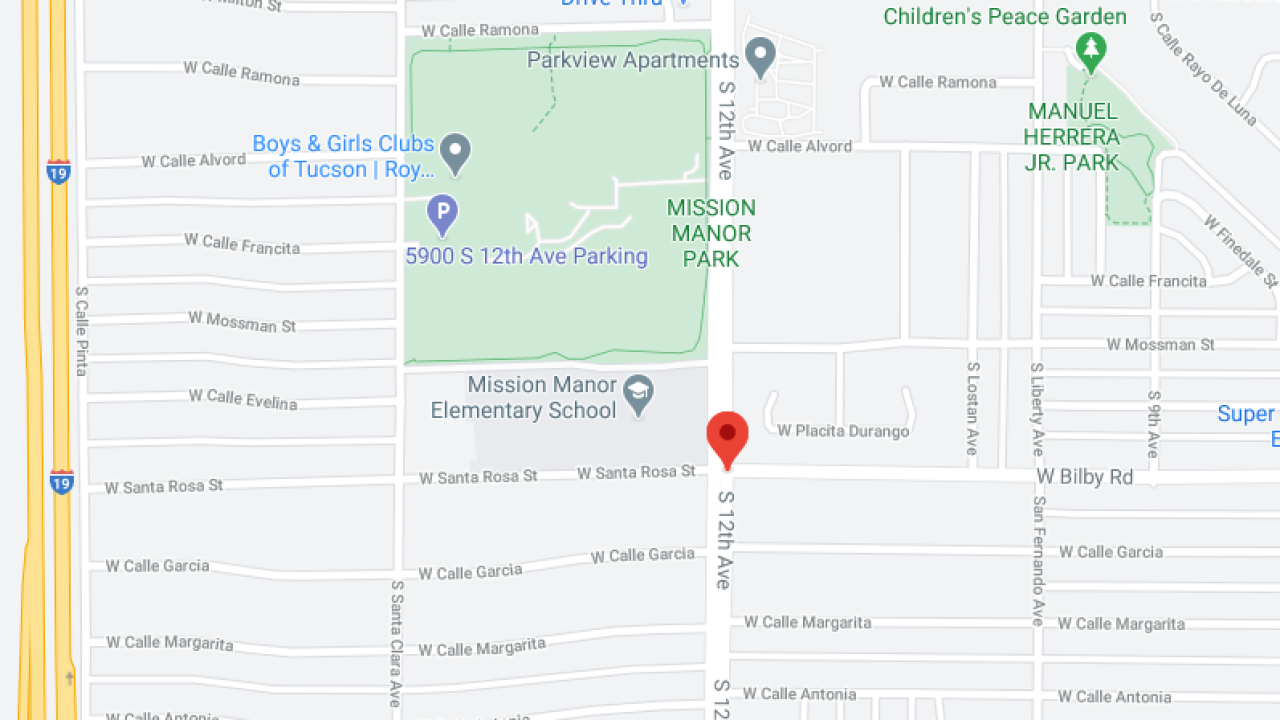 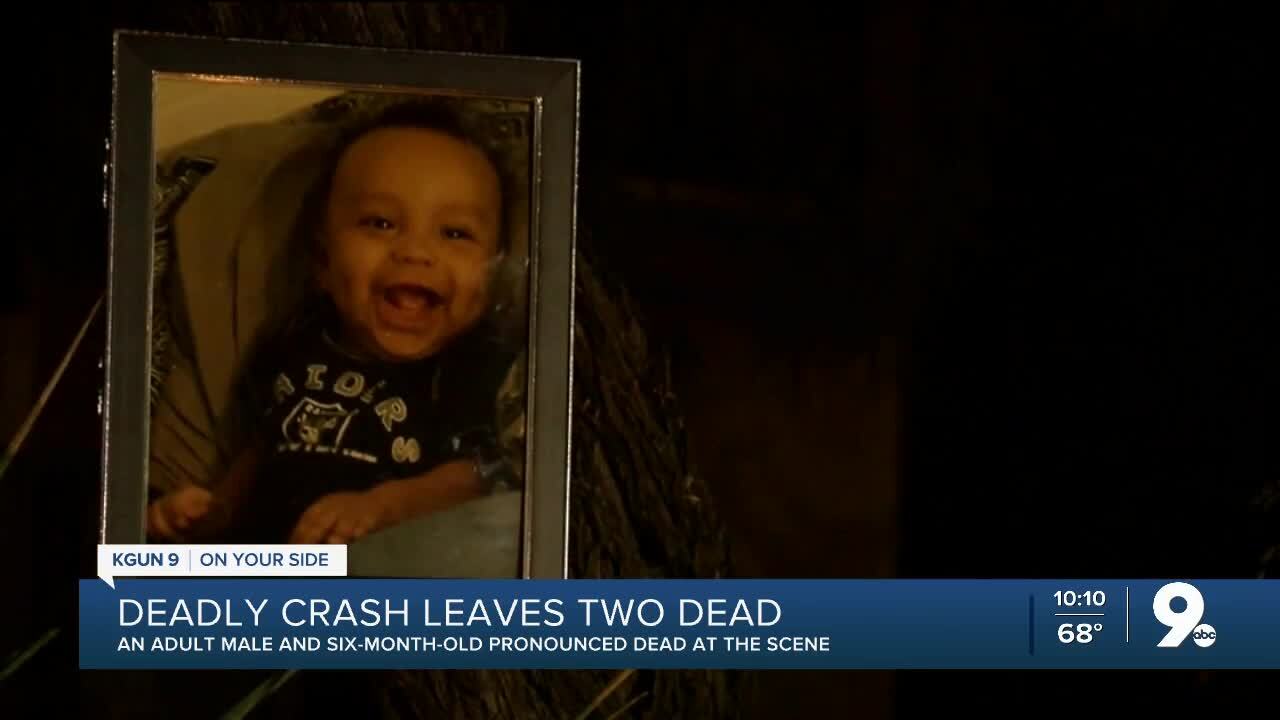 TUCSON, Ariz. — Tucson police are investigating a deadly crash that happened on the south side Friday evening.

Officers were called out to the intersection of S. 12th Avenue and W. Bilby Road around 6:49 p.m. for a report of a serious-injury crash involving two vehicles and four pedestrians, according to TPD. Upon arrival, Tucson Fire medics were on scene rendering aid to the pedestrians and two drivers.

One driver was treated at the scene for minor injuries and the other driver reported no injuries, police say. An adult male pedestrian and an infant pedestrian were pronounced dead at the scene.

The other two pedestrians were taken to the hospital. Their condition is unknown at this time.

Detectives responded to continue the investigation where it was determined a Black 2013 Chrysler 200 was traveling southbound on South 12th Avenue -- making a left turn onto eastbound Bilby Road, according to TPD. The second vehicle, a Maroon 2008 Chevrolet Silverado was traveling on Bilby Road in the median lane when the two vehicles collided in the intersection, ultimately, moving the Chevrolet into a nearby bus stop where the four pedestrians were hit.

Both drivers stayed on scene to cooperate with the investigation, and was determined neither drivers were impaired at the time of the crash, police say. Detectives do suspect excessive speed is a factor.

No citations or charges have been issued at this time, and the investigation remains ongoing.

Anyone with information about this crash is asked to call 88-CRIME.