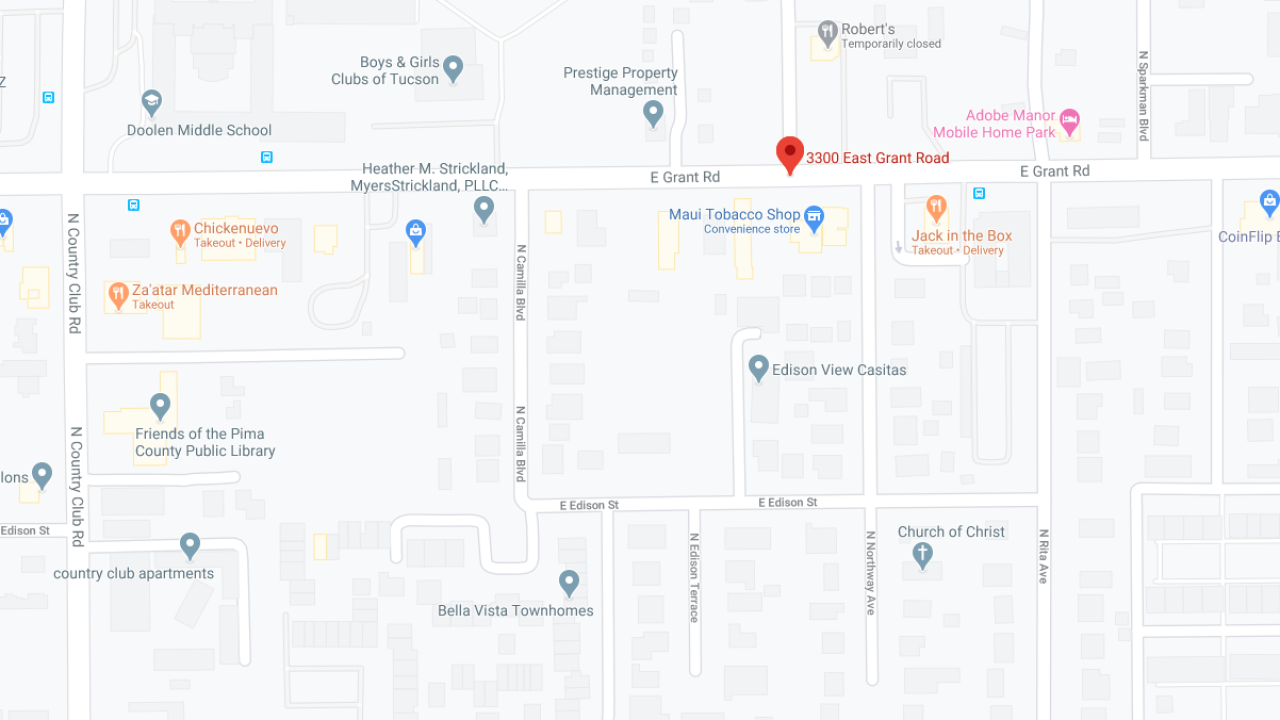 Google Maps
The Tucson Police Department is investigating a deadly crash involving a bicyclist that happened near midtown Saturday night.

TUCSON, Ariz. — The Tucson Police Department is investigating a deadly crash involving a bicyclist that happened near midtown Saturday night.

Police say officers were called out to the area of 3300 block East Grant Road near Northway Avenue just before 10 p.m. for a report of a serious-injury crash involving a bicyclist and vehicle.

Upon arrival, Tucson Fire Department personnel were treating the bicyclist, who was pronounced dead at the scene.

According to TPD, it was determined that the bicyclist was traveling eastbound on Grant Road, where he veered off into the through lane and was then struck.

Police say the bicyclist was not wearing a helmet at the time of the crash.

The name of the bicyclist has not been released.

According to TPD, the driver of the vehicle did stay on scene and cooperate with the investigation.

Speed nor impairment are a factor in the crash.

No citations or arrests have been made at this time. The investigation is still ongoing.

No further details were released at this time.