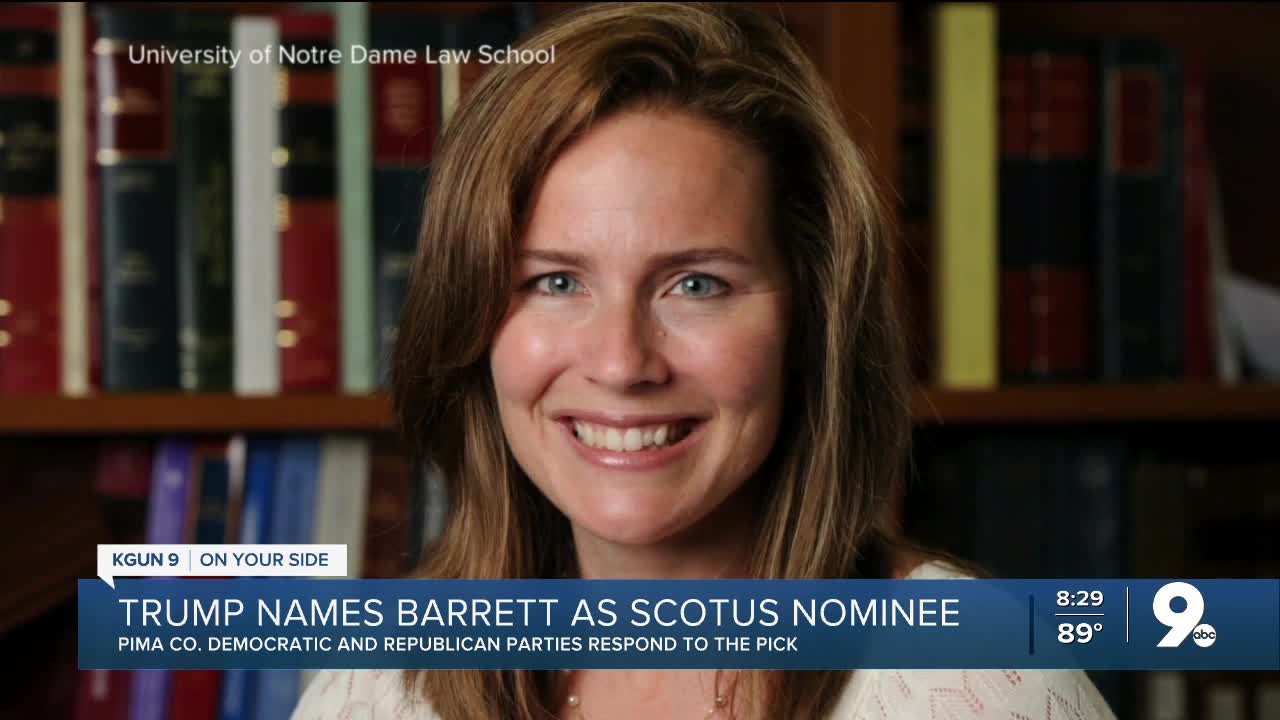 KGUN9 spoke to both the the Pima County Democratic and Republican parties to learn how they feel about the supreme court nominee decision.

TUCSON, Ariz. — President Donald Trump on Saturday announced his nomination for the next Associate Justice to the Supreme Court, Judge Amy Coney Barrett.

KGUN9 spoke to both the the Pima County Democratic and Republican parties to learn their reaction about the nominee decision.

The Pima County Republican party said they expect it to be a quick and easy appointment process.

Pima County Republican party Chairman David Eppihimer said "It's not an appointment that I think that the Democrats are going to gain any traction in opposing. Opposing it the way and they did the last time around would be a disaster for them — I think in the in the court of public opinion — And therefore I don't think they will do that — And I think this will move on through on a pretty fast track — And will get that done before November 3rd."

Meanwhile, the Pima County Democratic party focused on the impact the supreme court could have on health care rulings this year -- saying they were expecting Barrett as a nominee.

Pima County Democratic party Chair Alison Jones said "Well, we think his goal with that nominee is pretty clear. He is — we don't think it's about the candidate in particular, but he wants to dismantle a affordable care act and its protections for people with pre-existing conditions 38 days before the election, and it will have severe consequences on 2.8 million people in Arizona."

Pima County Republicans also added that the nomination highlights the importance of the senate, especially in Arizona -- where, whoever wins the upcoming special election could hold the senate seat during the appointment process.

Pima County Democrats tell KGUN9 they don't think the senate should move forward with the nominee, until after the election.