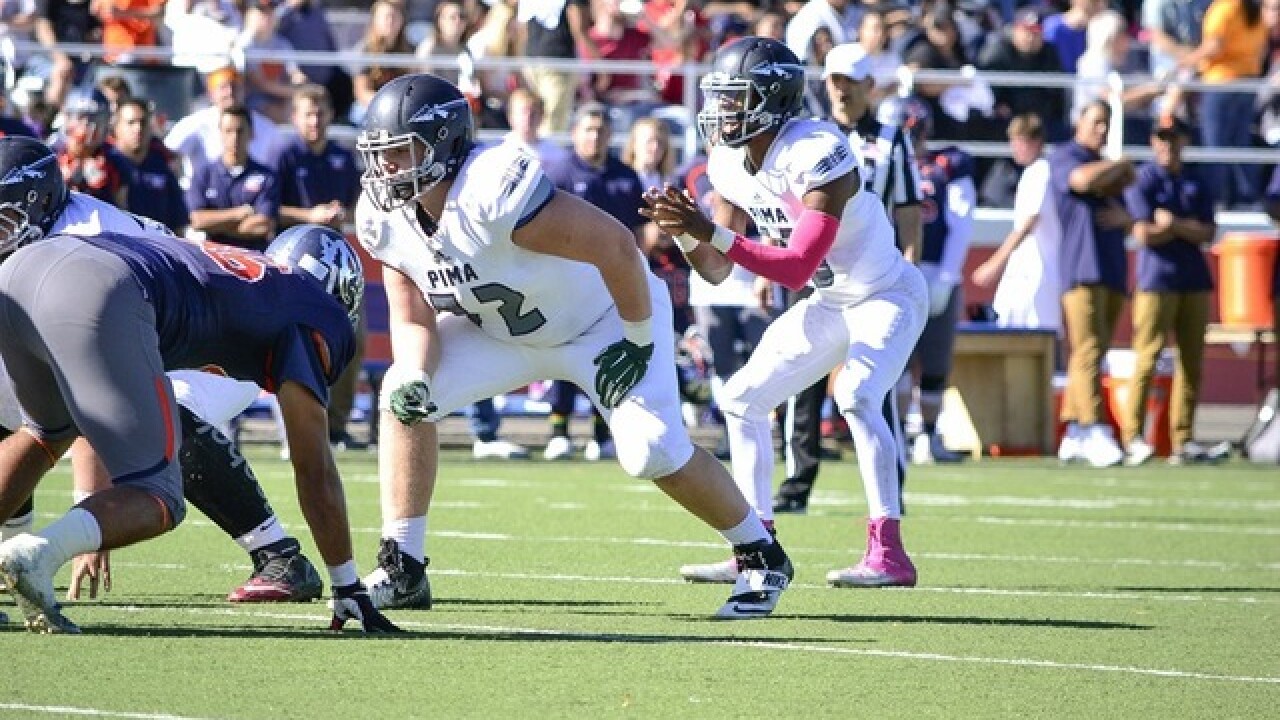 PIMAAZTECS.COM
<div>A public meeting will be held next week to discuss the future of the Pima Community College football program.</div>

A public meeting will be held next week to discuss the future of the Pima Community College football program.
The forum is March 12th at 6 p.m. at the PCC District Office. The address is 4905 E. Broadway Blvd., C-105.
According to a press release from the school, PCC "is looking to make a decision soon on the future of the sport, Chancellor Lambert says, citing league viability, cost, long-term viability of the sport, and liability issues as factors being weighed by the College."
This comes after the Maricopa Community College District announced it would end football programs at its four community colleges that play football.
PCC Chancellor Lee D. Lambert, the director of athletics, and the head football coach will be among those at the forum.
Copyright 2018 Scripps Media, Inc. All rights reserved. This material may not be published, broadcast, rewritten, or redistributed.