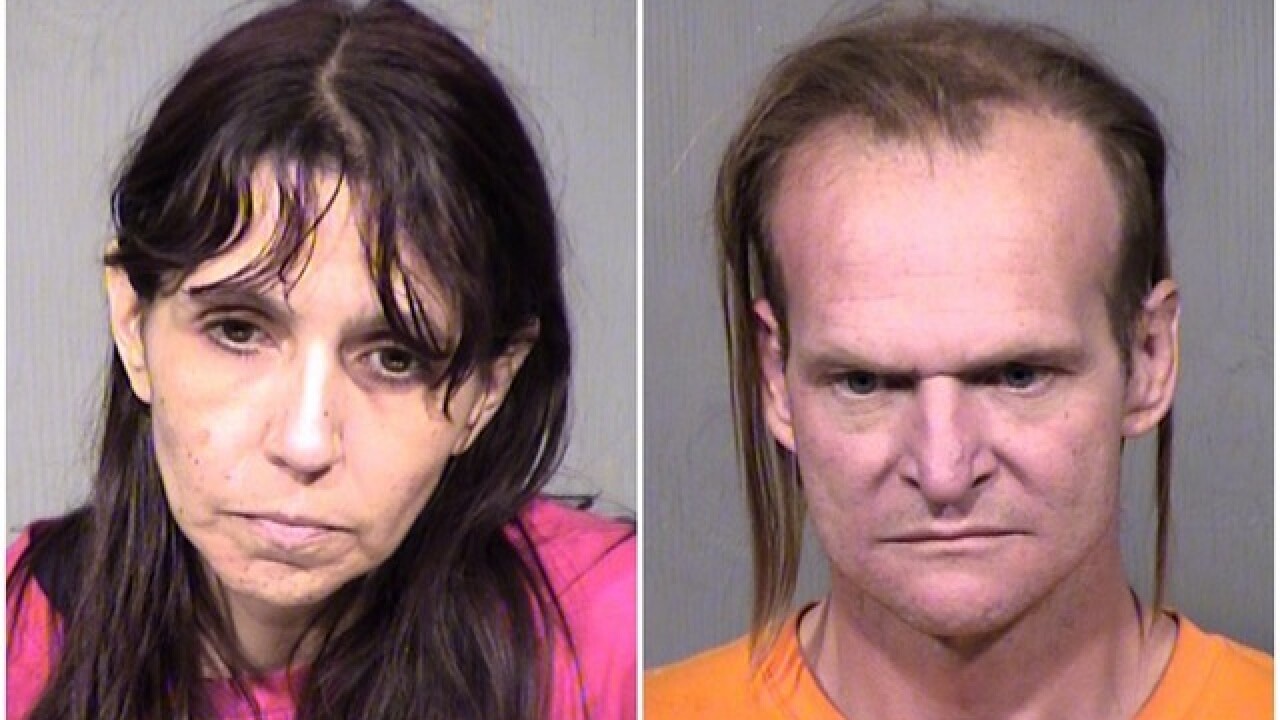 A Phoenix husband and wife have been arrested after a video was found showing the wife having sexual relations with a dog.

Police say a family member contacted them after finding a cell phone video, which allegedly shows Martinez having sexual relations with a dog.

The black and white dog named "Buddy" belongs to a friend.

Johnston reportedly admitted to video recording the event, saying they got the idea from news reports of other people getting in trouble for similar activities.

In her initial court appearance, Martinez challenged a court order, saying she can't have contact with animals upon her release.

Martinez claims she requires a service animal due to her seizures.

After her release, she is expected to show the court proof of her need for a service animal and its certification.