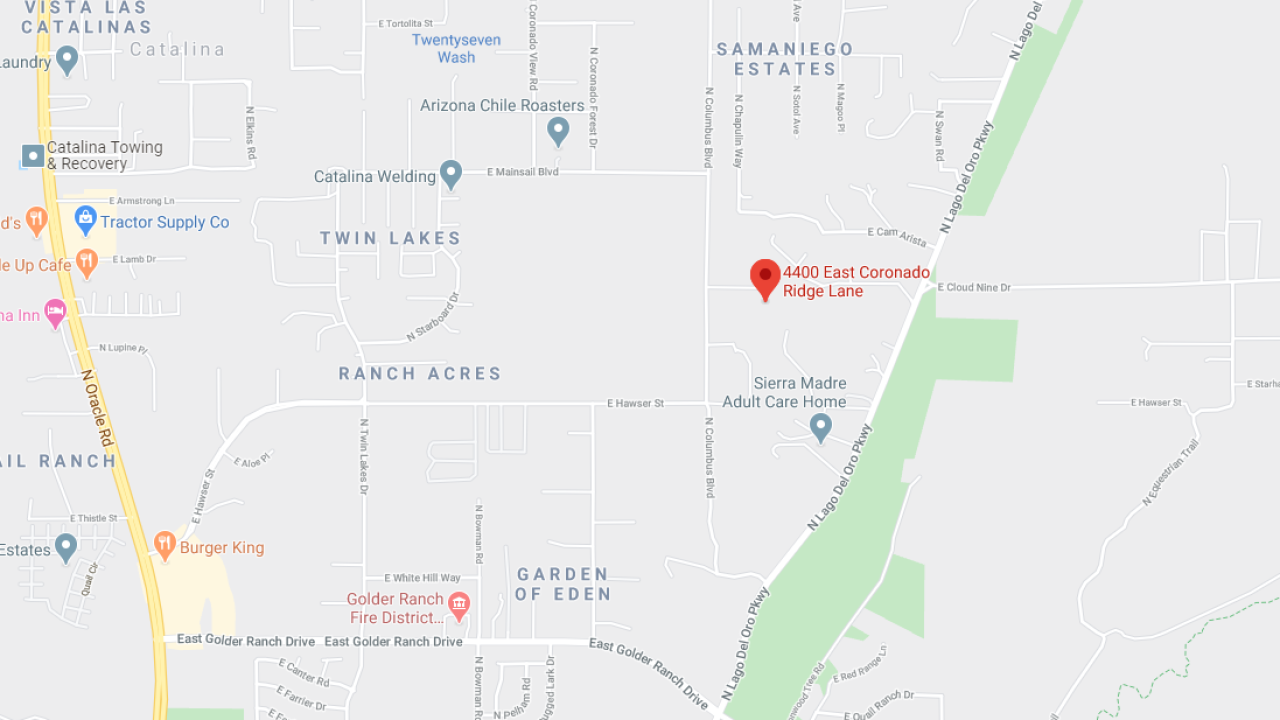 TUCSON, Ariz. — The Pima County Sheriff's Department is investigating a single-vehicle crash that happened in the Catalina area Friday morning.

PCSD says deputies responded to the area of 4400 block of East Coronado Ridge Lane around 10 a.m. for a report of a crash.

Upon arrival, there were two male adults in a vehicle that had rolled over.

According to PCSD, the passenger was treated for minor injuries, and the driver was taken to the hospital for serious injuries.