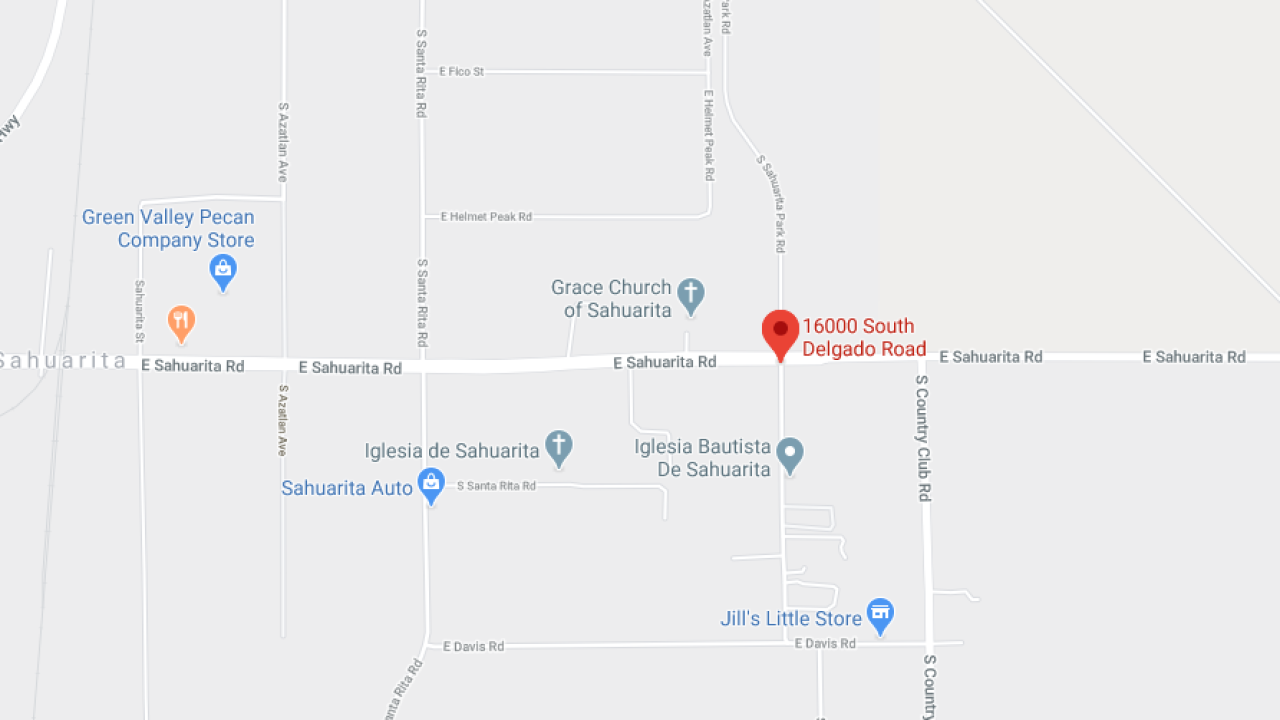 Google Maps
The Pima County Sheriff's Department is investigating a shooting that happened near Sahuarita Saturday.

TUCSON, Ariz. — The Pima County Sheriff's Department is investigating a shooting that happened near Sahuarita Saturday.

PCSD says deputies were called out to the area of 16000 block of South Delgado Road just east of Sahuarita around 8:42 p.m.

Upon arrival, deputies found two men had been injured in what they believe to be an accidental shooting, according to PCSD.

The two men were taken to the hospital with serious injuries.

No further information has been released.

The investigation remains ongoing by detectives.