Only three out of five drunk drivers convicted, according to report 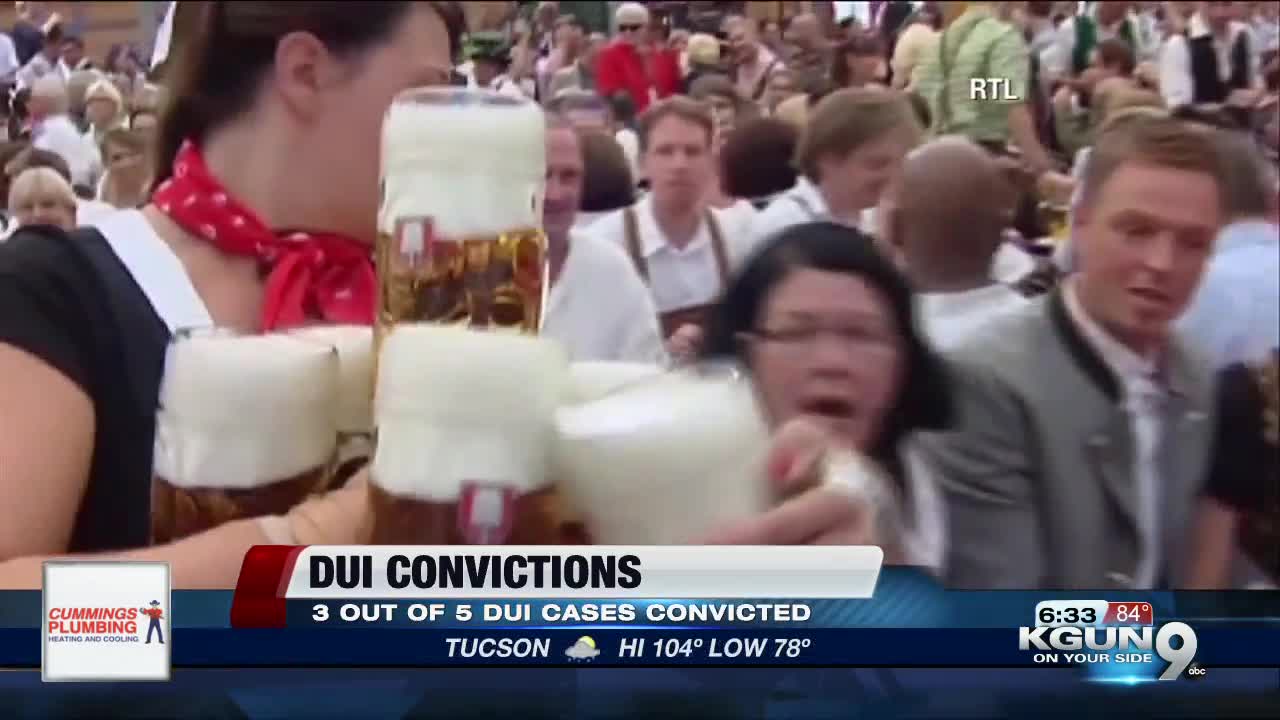 Only three out of five drunk drivers are convicted of their crime, according to a new report published by Mothers Against Drunk Driving.

TUCSON, Ariz, - Only three out of five drunk drivers are convicted of their crime, according to a new report published by Mothers Against Drunk Driving.

The report says 61% of drunk drivers in the United States face punishment for driving under the influence.

"It really found that the system is doing its job as it's suppose to do. Dismissal rates were down, which is great," said Beverly Mason-Biggers, who works with MADD.

The report was made possible by the Court Monitoring Program, which is aimed at tracking every single DUI case.

"It's to monitor how DUI cases go through the system. Is the justice system doing what its suppose to do, which is keep us safe," Mason-Biggers.

The program exists in 15 states in the U.S.