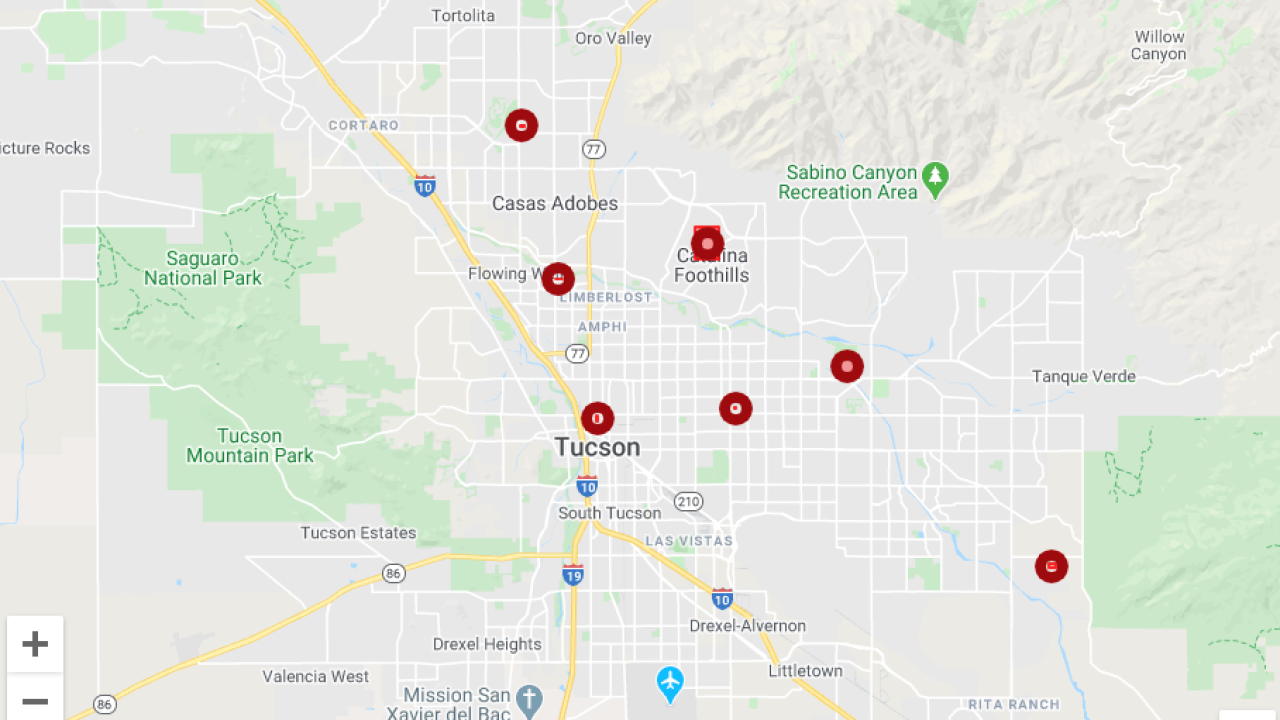 TEP crews worked overnight, responding to emergency calls and restoring service to as many customers as possible, according to TEP officials. There were about dozen power poles throughout Tucson that were blown down or damaged.

According to the Pima County Sheriff's Department, deputies also responded to reports of road hazards due to the storm.

Below are the incidents PCSD responded to after the storm:

If you see a down power line you are asked to stay away and call 911 immediately.