Man stabbed to death by sister in midtown

A homicide investigation in midtown has shutdown a portion of Park Ave. to thru traffic Friday morning.

33-year-old Gary Lavier was found stabbed to death near Park and 8th Street.

MURDER INVESTIGATION: We just arrived on the scene a few moments ago. A man was stabbed near 8th & Park right by the U of A. Suspect ran off. We’ll have more on @kgun9 at 6:30am. pic.twitter.com/BaDmRSDGMX

Homicide Investigation:
Park Ave is shut down between 8th St. & 9th St. while @Tucson_Police Detectives investigate a homicide in the area. Anyone with information is asked to call 911 or 88-CRIME. Additional details will be released later today. pic.twitter.com/JzoY8BuKv0

Just before 1 a.m., someone driving on 8th Street found the man on the ground and a woman -- later identified as his sister -- nearby, also bleeding.

The woman was hospitalized with serious but non-life threatening injuries.

The man was involved in an altercation behind a nearby apartment complex before the stabbing.

Anyone with information is asked to call 9-1-1 or you can report information anonymously by calling 88-CRIME. 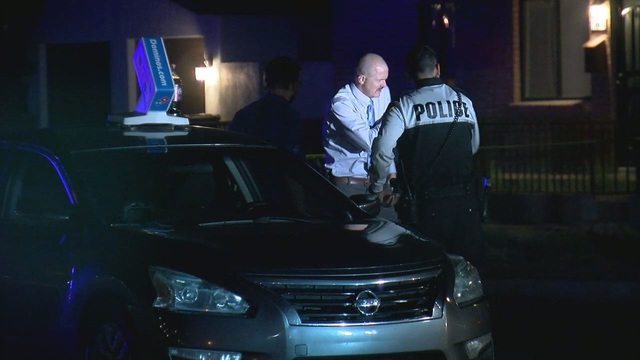