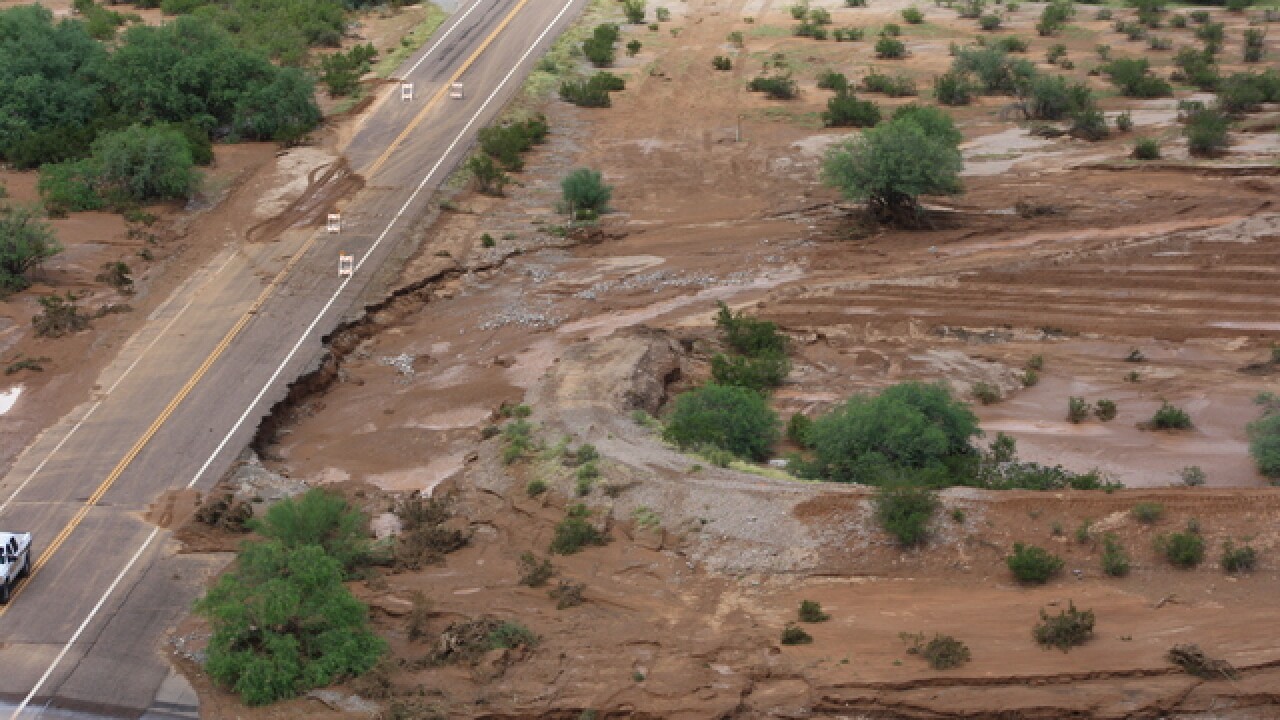 TOHONO O'ODHAM NATION
<p>Evacuees are still away from their homes, with the possibility for more rain Sunday.</p>

The nation's water resources department has a lake level monitor in Menagers Lake which takes measurements every four hours, according to the press release. They'll continue to monitor those levels after residents return to their homes.