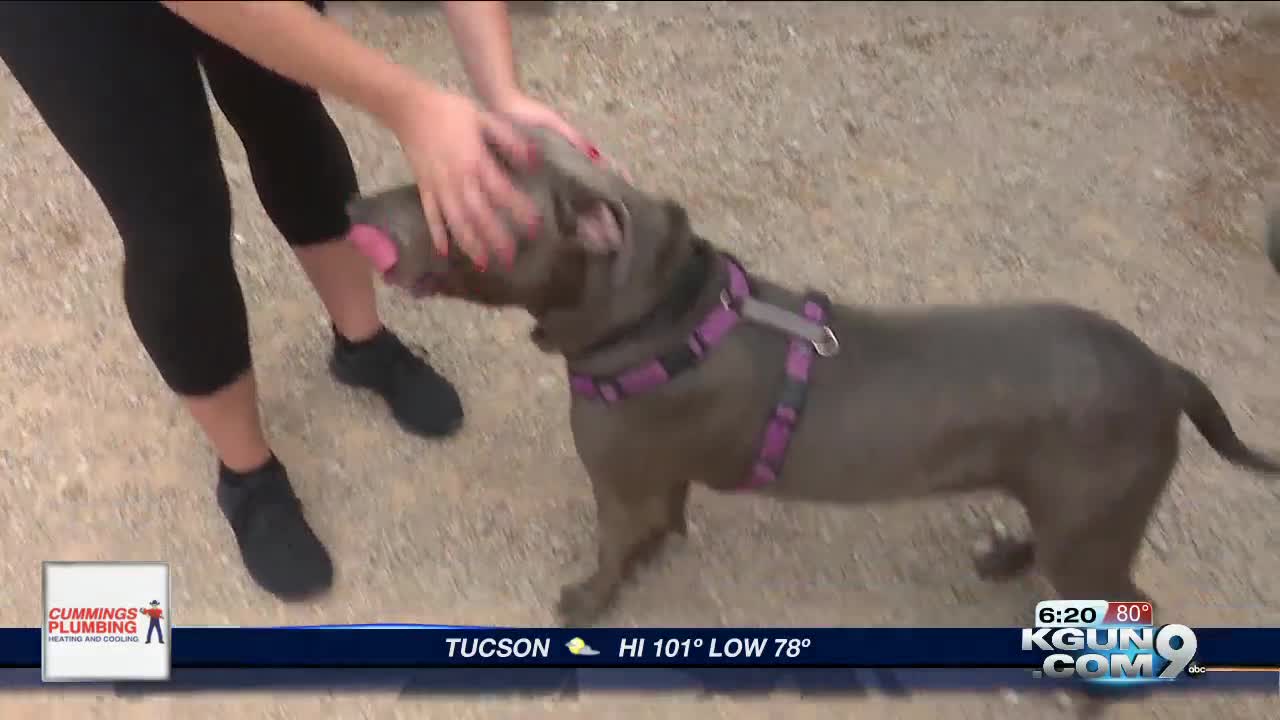 A post went viral in Pima County from the Pima Animal Care Center. A pair of dogs, Jukebox and Agatha, in a loving embrace caught a lot of attention, with more than 1,400 likes and 5,600 shares on Facebook. 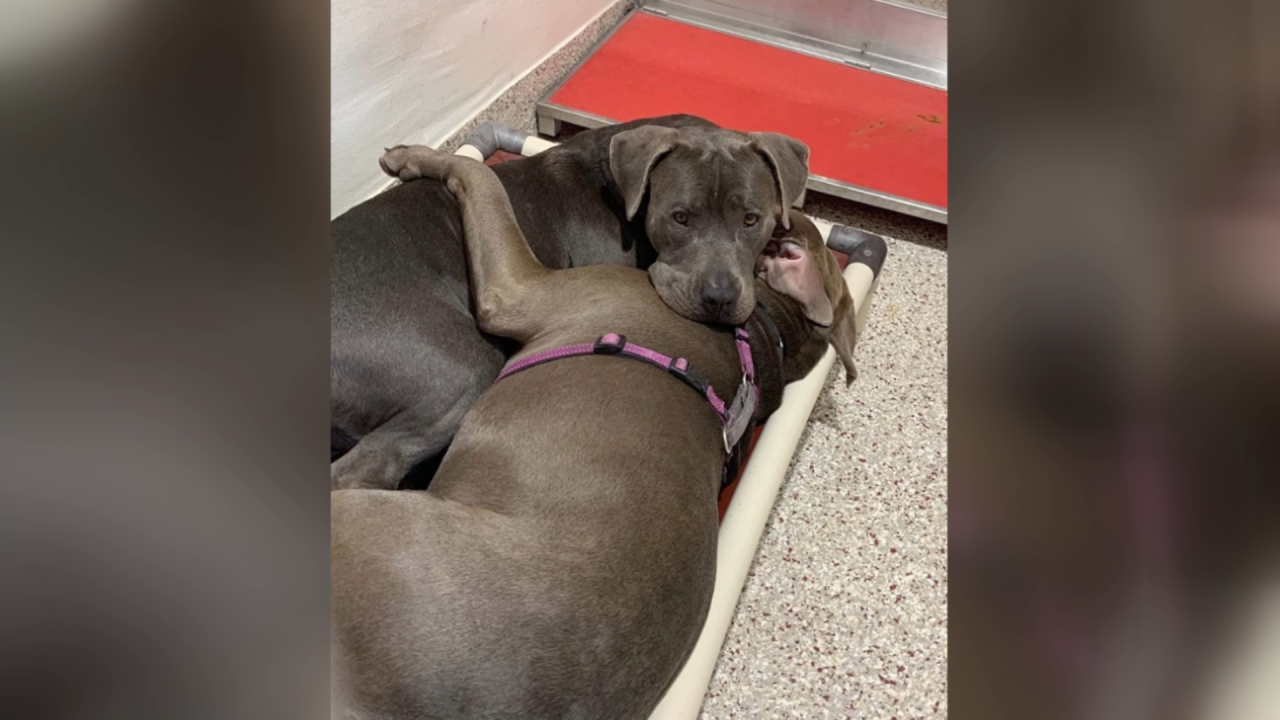 TUCSON, Ariz. — A post went viral in Pima County from the Pima Animal Care Center. A pair of dogs, Jukebox and Agatha, in a loving embrace caught a lot of attention, with more than 1,400 likes and 5,600 shares on Facebook.

Jukebox and Agatha were an inseparable pair ever since they met.

"They end up wanting to hang out together. Which we think is kind of adorable," said Nikki Reck, a communications specialist at Pima County.

Jukebox is a year and eight months old. He came to PACC in May when someone found him as a stray. Agatha is two-years-old, and came to PACC a month after Jukebox, after her owners could no longer keep her.

The two are considered long-stay dogs at the center and PACC is looking to get them adopted into a forever home.

"We'd like to find them a home together because they just really, really love each other's presence. We have so many staffers and volunteers who walk by their kennel and say they're in various forms of giving affection. And they're often cuddled up together on this tiny bed. And they're big dogs, and they share it," said Reck.

Being bigger dogs, with Jukebox at 64 pounds and Agatha at 67 at the time they came to the shelter, they're big softies.

"They're pretty easy-going, these are easy dogs. They're smart. I just discovered in the matter of minutes here that they know several tricks, they like to perform, they're easily motivated by food - which is a good thing when you're trying to train a dog. They're already house-broken so that's half the battle," said Reck.

Since the posting of this photo on PACC's Facebook page , this duo has gained some interest.

"We'd like to find them a home together. So one or the other, we could do that, but we would really not like to separate them, because they just really seem to enjoy each other's company," said Reck.

All of their vaccines are up to date, Agatha is spayed and Jukebox is neutered, and both are micro chipped. To adopt the dogs, just show up to the center.

This Friday is Midnight Mutt-ness at PACC. The center is open until midnight and will be having a special. Adopting a dog will only cost you $20, all other fees are waived. For example, if you want to adopt Agatha and Jukebox during that event, you'll be paying just $40 to bring them home.