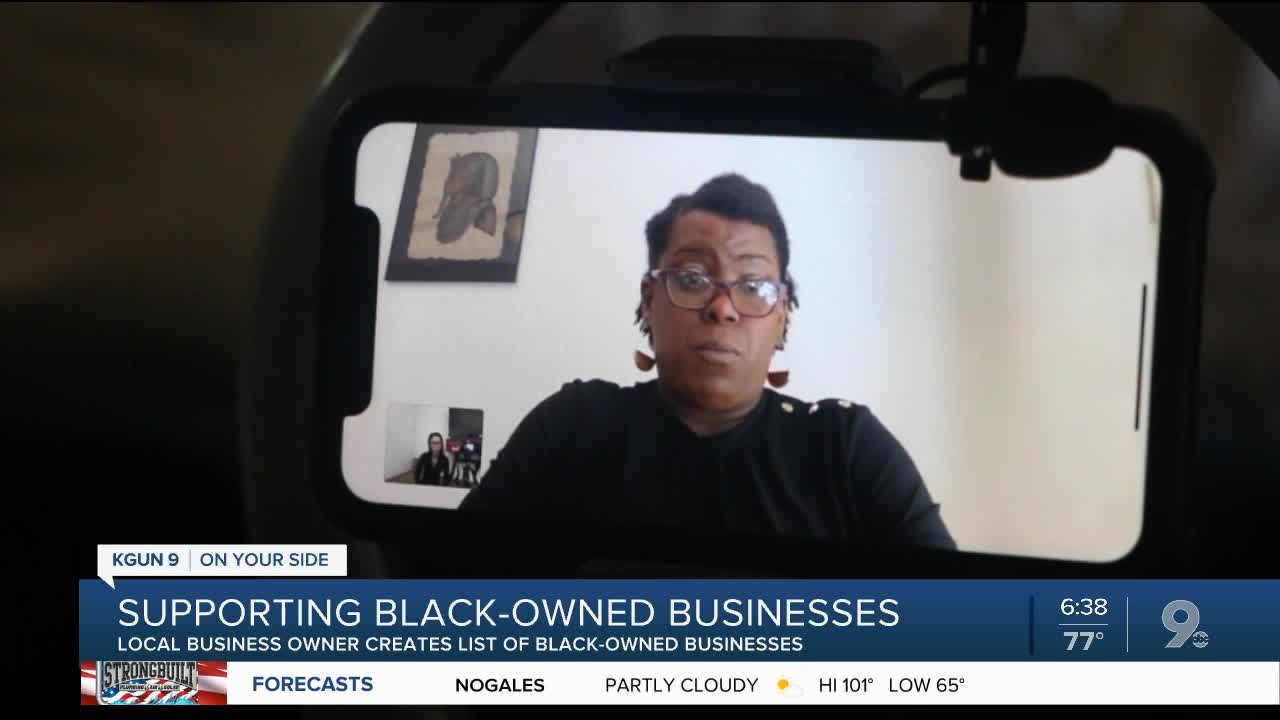 A local business and a team of others have created a spreadsheet listing black-owned businesses in Tucson. 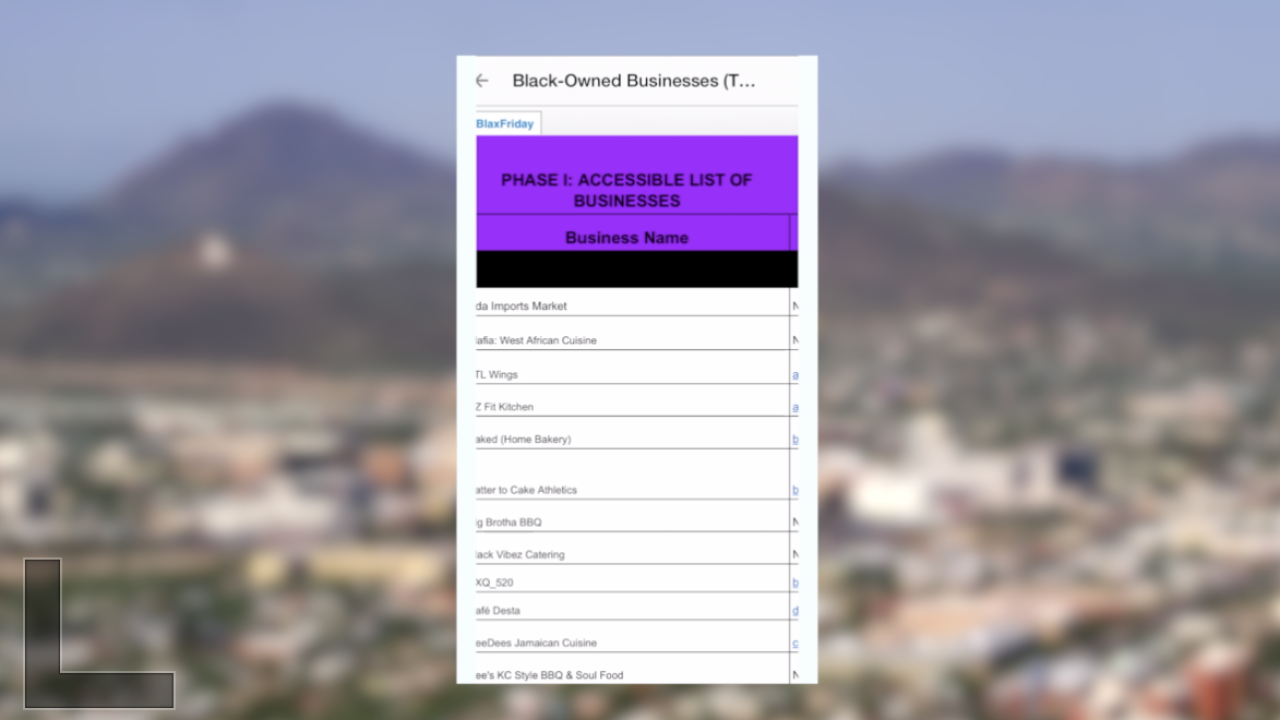 TUCSON, Ariz. - A local business and a team of others have created a spreadsheet listing black-owned businesses in Tucson.

Ashley La Russa is the owner of Roux Events LLC. She told KGUN9 she and a team of others have been working on a list of black-owned businesses in different industries in Tucson for months now.

La Russa said she and the team decided to release that list to the community earlier this to support the businesses on the list.

“They’re not just food and restaurant or hair, they’re also tech, non-profits and organizations that focus on health and mental health and wellness," she said.

La Russa said she first got the idea of putting the list together after realizing there wasn't anything like it for the Tucson community.

“That’s when I though whoa, what a project. We don’t have a website that lists all of our local black businesses, we don’t have somewhere we can gather to exchange our ideas about black business," said La Russa.

Since there was nothing like it, La Russa and her team started putting the list together from scratch.

On the spreadsheet, there are more than 100 black-owned businesses listed, and although the list is already out for the community to take a look at, La Russa said she and the team want the list to continue growing.

“Normally, we wouldn’t put an uncompleted document out to the public, but with the idea that we were building this list together it felt more inclusive," she said.

La Russa added she plans on releasing a website with all of the information on black-owned business sometime within the next month.

For the list of black-owned businesses in Tucson, created by La Russa and her team, click here.