Knowing how to recognize a stroke could save your life 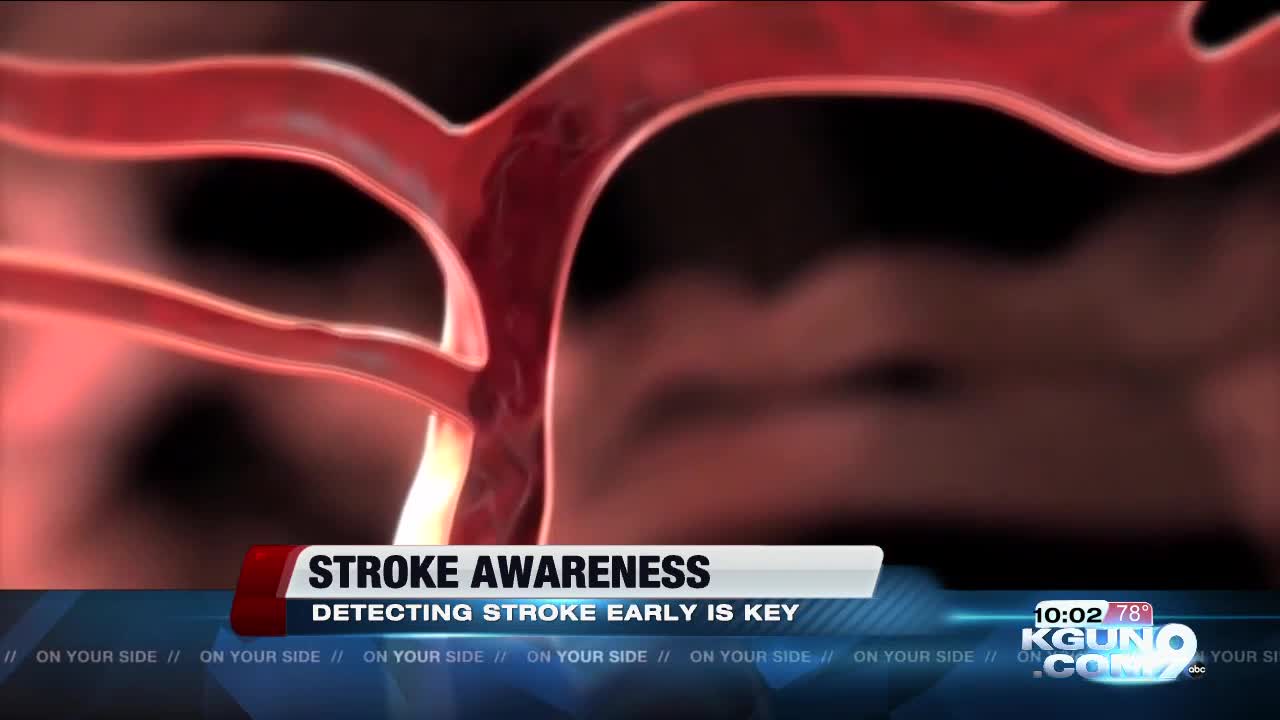 One afternoon, Mary Anncoe woke up from a nap with no feeling on the right side of her body, unable to talk. TUCSON, Ariz. — One afternoon, Mary Anncoe woke up from a nap with no feeling on the right side of her body, unable to talk.

Her husband than called 9-1-1. An ambulance car arrived within five minutes and took her to Banner Health.

"She had a clot in the brain in one of the blood vessels that supplies the language center so when she came she wasn't able to express herself," Doctor at Banner University Medical Center Dr. Mohammad El-Ghanem said.

She was experiencing a stroke. A stroke happens when you have a blockage or bleeding in some part of the brain. It's when either a blood vessel burst or, like in Anncoe's case, there is a clot blocking the flow of blood.

"We were able to remove the clot and make a difference in her life," El-Ghanem said.

A difference that was only made because the key to saving someone having a stroke is time. "Brain and time goes together, so if you come late usually there's less likely we can help you," El-Ghanem said.

Strokes are most common in patients above 50, but anyone can get one. To prevent stroke, watch your blood pressure, sugar, cholesterol, and remember to always exercise and eat healthy.

For Anncoe, El-Ghanem said she's alive because she called 911 and got taken to Banner right away.

"My life was saved coming here because they said another hour I probably would not be yacking and talking to you now," Anncoe said.