INVESTinED campaign to launch in Tucson 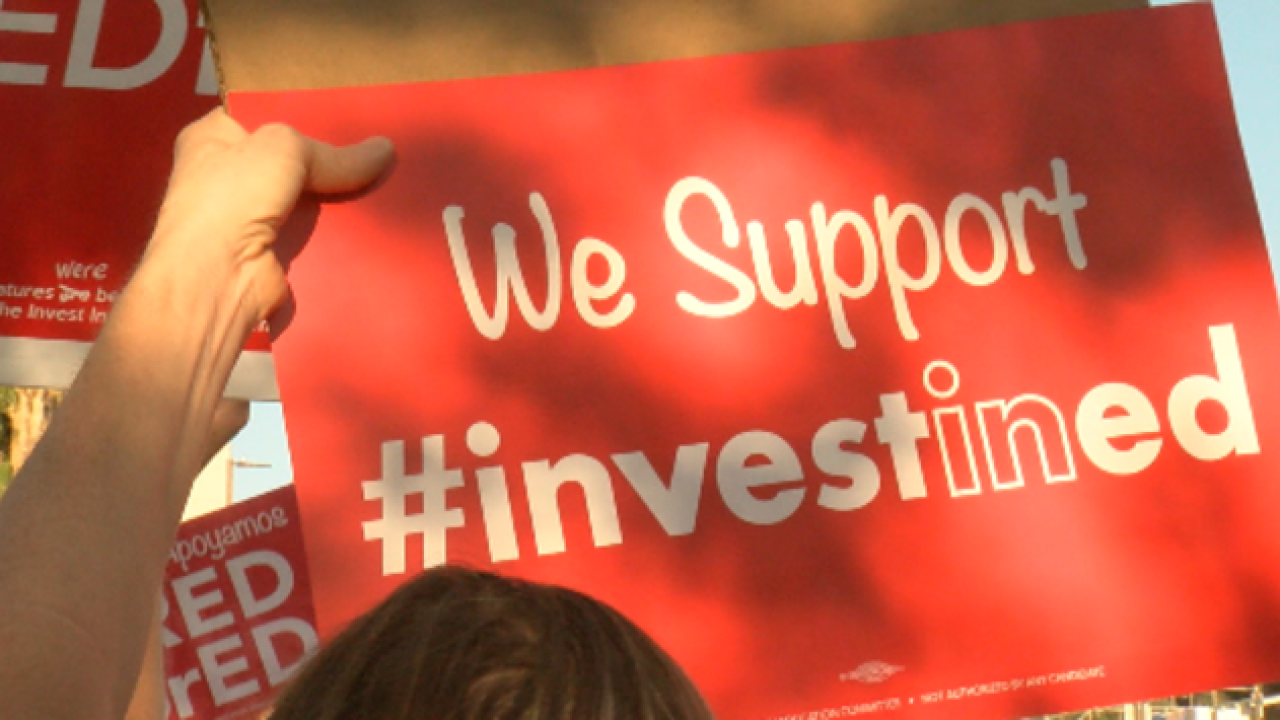 TUCSON, Ariz. — The INVESTinED campaign is making its way to Tucson as educators, parents and those in the community address education funding.

The campaign kicked off in Phoenix in early February, where 1,850 signs greeted teachers and education advocates. Each sign represented each Arizona public school classroom without a certified teacher. The campaign is in support of a ballot initiative that would raise $940 million a year for K-12 classrooms.

Over the next five months, public school teachers will need to gather more than 300,000 signatures to be sure the Invest in Ed proposition will make it on the November Ballot. If they are successful, the teachers will still have a fight on their hands. Governor Ducey opposes the tax.

In the first five years of the Ducey Administration, funding for public education increased by $4.5 billion. Another $1.7 billion is earmarked in the 2021 budget.

As for Governor Doug Ducey's "20 by 2020" plan, Arizona's State Superintendent of Public Instruction, Kathy Hoffman, says it's a good start, but more needs to be done.

"Districts are having to pull from other pots of money to make sure they are fulfilling their promises to teachers for that full 20% raise."

The Tucson INVESTinED campaign kickoff will be held at 423 E. 9th St. on February 29, 4 to 6 PM. At the kickoff, organizers say educators, parents and supporters will receive petitions, be trained in signature gathering, and connect with other local education activists.

The event is free and open to the public.

KGUN9 has reached out to Governor Ducey about the campaign and is waiting on a response.