I-10 rest area between Tucson, Phoenix open after renovation 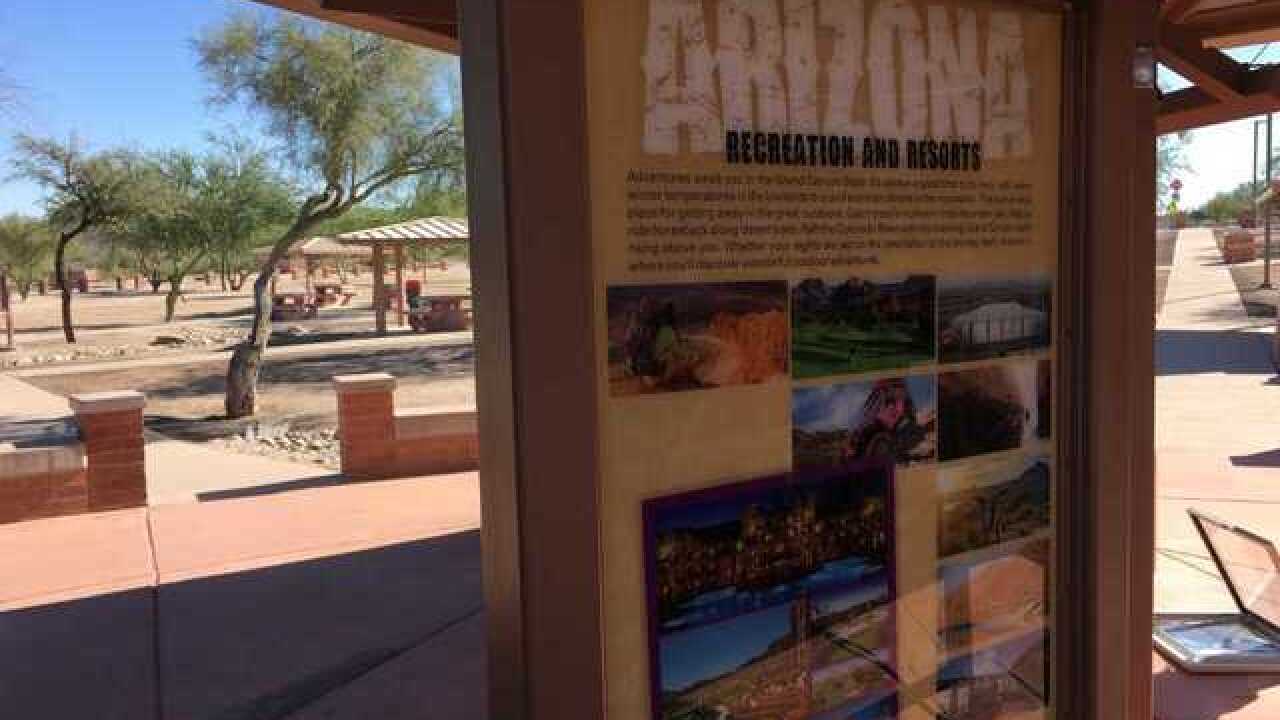 ADOT
<p>The only Interstate 10 rest area between Tucson and metro Phoenix is open again after a renovation that started earlier this year.<br />  </p>

The only Interstate 10 rest area between Tucson and metro Phoenix is open again after a renovation that started earlier this year.

The Arizona Department of Transportation says the Sacaton Rest Area on both sides of I-10 near Casa Grande got upgrades to its restrooms, water lines, septic tanks, electrical and mechanical systems as well as new paint.

Other completed work included upgrades to comply with the Americans with Disability Act and replacing a water supply line running from the westbound facility to the eastbound facility.

The department says the project is among several either underway or completed to repair and replace rest area facilities that have been in place for as long as 50 years.