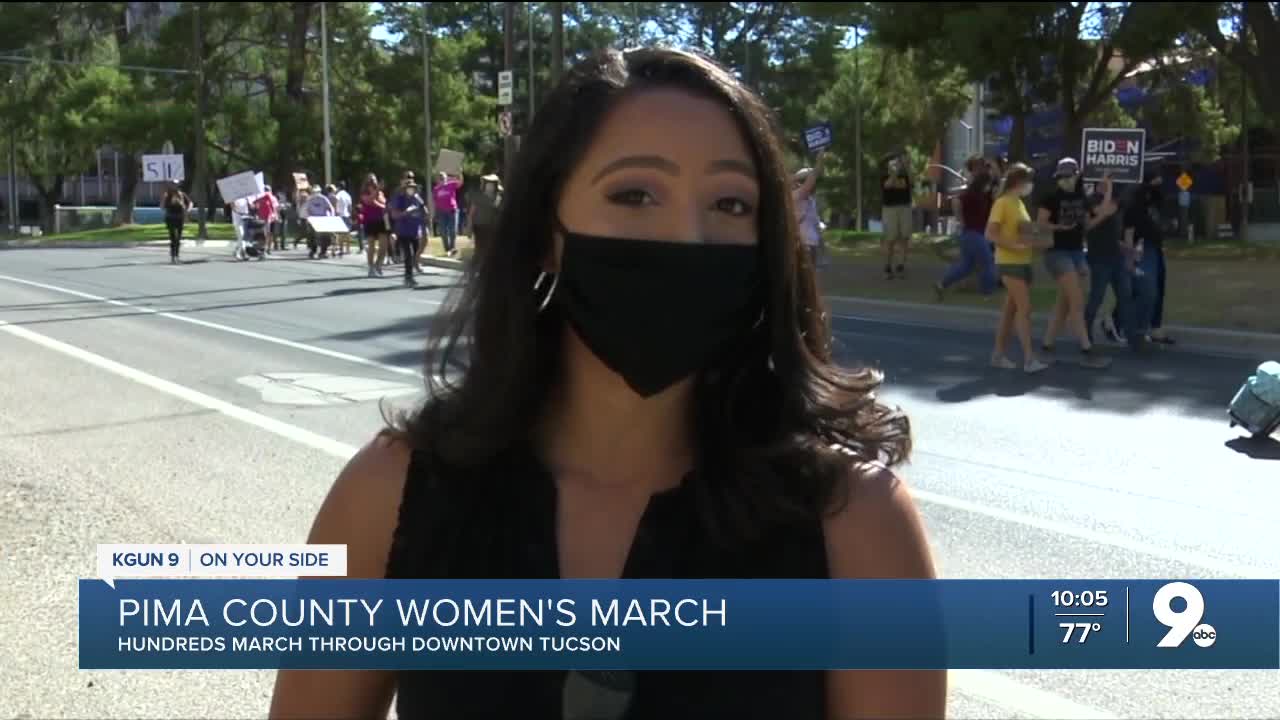 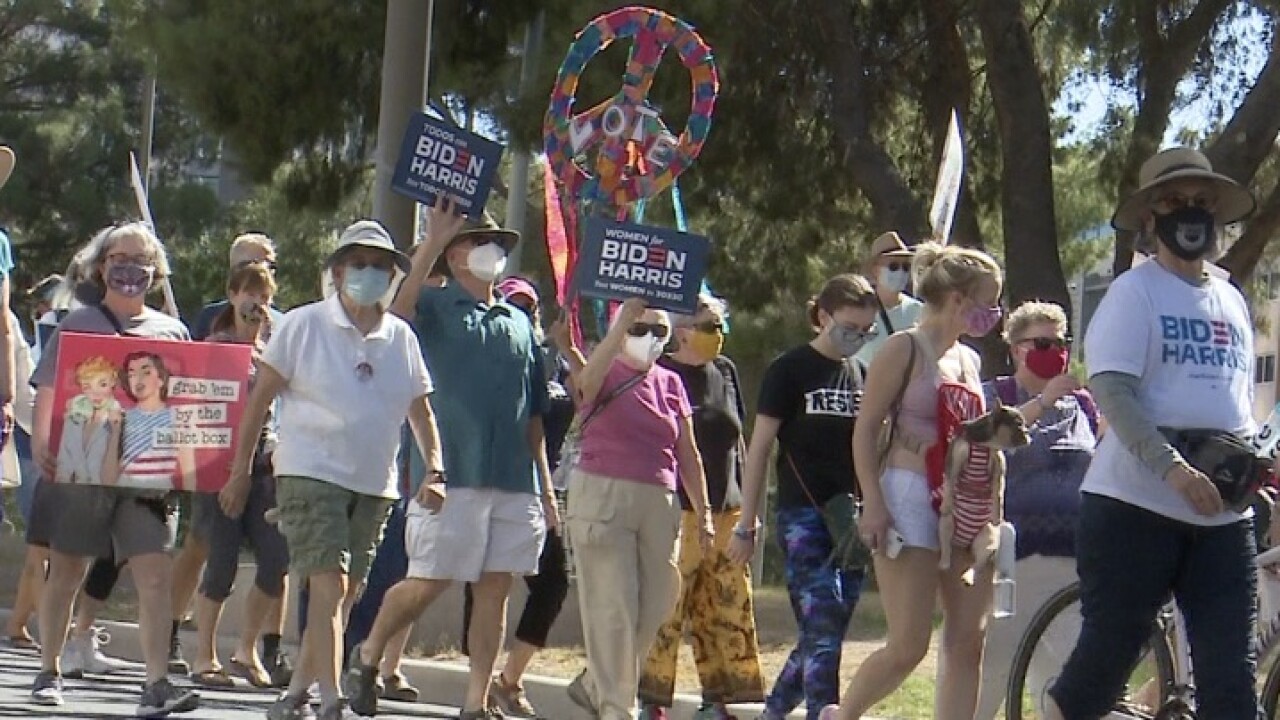 “We are here to remind the administration who they are up against and to turn out the vote in record numbers and to make sure our voices are heard loud and clear," said Women's March organizer Christina Billhartz, as hundreds listened ahead of the march.

“All of the energy you’re carrying through today — you have to carry through to election day," she urged.

Billhartz explained why the march is important —

“We've watched almost 225,000 of our fellow citizens die from COVID because we have seen police brutality and white supremacist groups and we've gotten to the point where our voices are not being heard you know we've written to our senators. We told them you know that you should like the next president whoever that may be, choose the next supreme court justice, and nobody's listening nothing's getting done,” she said.

In the crowd of hundreds, were also young girls, like Irelynn Dominguez. Dominguez was holding a sign that read, "I'm a girl. What's your superpower?"

Her family joined the march for the first time this morning.

"We came out to represent women we want to make sure that our children know that is super important," said Jody Dominguez.

They also hope their children will walk away knowing women have a voice and can stand up for what they think is wrong.

Billhartz hopes the same for all the young girls who joined —

“That as a girl you are powerful, that you can get things done. And that you just have to make your voice heard and stand up for it,” said Billhartz.