Hundreds of motorcycles take to the streets in awareness movement 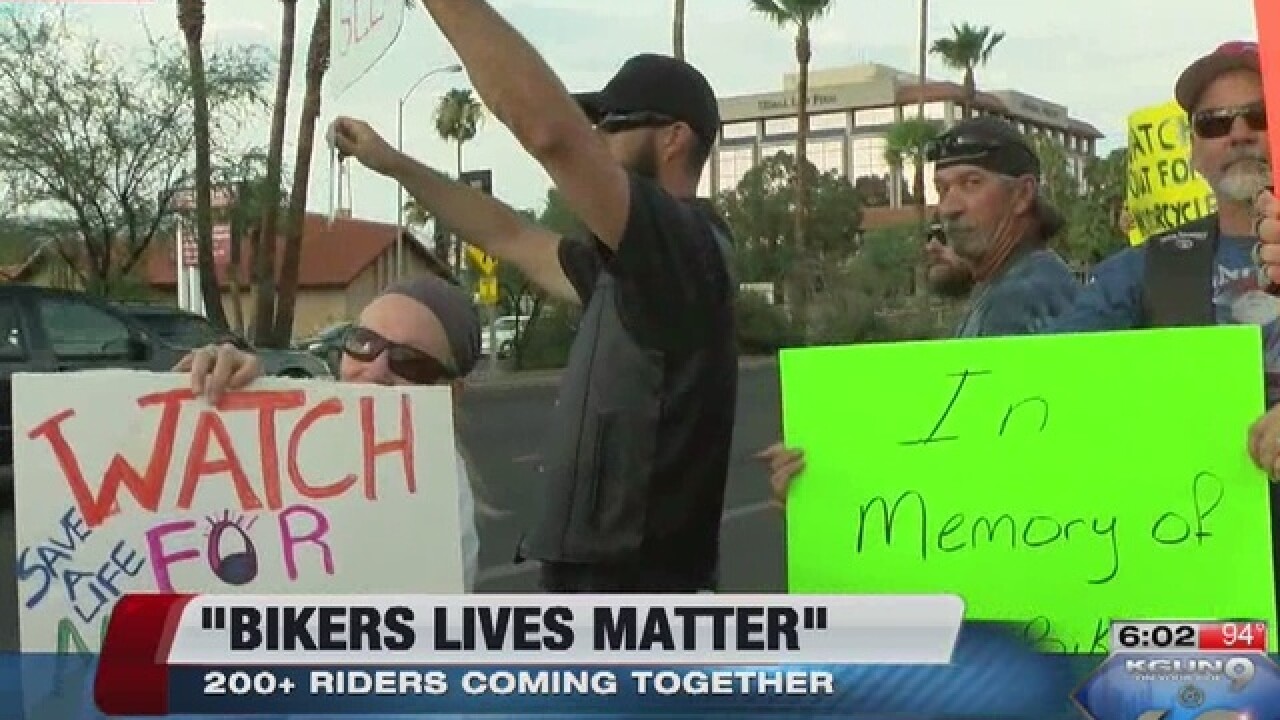 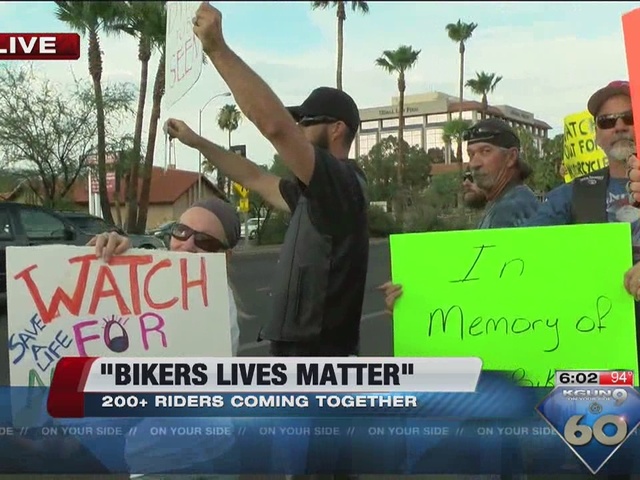 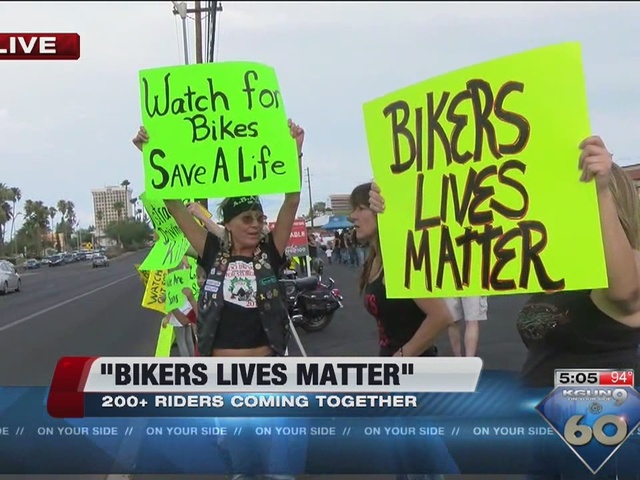 Three years ago, Brian Gary says he was heading to a birthday party on his motorcycle when a driver trying to make a left turn didn't see him coming.
"I was launched over the car," said Gary. "Luckily it wasn't an SUV. I've had friends die hitting SUVs at 40 miles an hour. I went over it but I still had to get two surgeries and I wasn't recovered for about eight months."
After that accident, he says he gave up riding. But he still has friends in the motorcycle community and cares about their safety. That's why when two riders died last week in a 12-hour period, he said he took to Facebook.
"I was just really livid about it," said Gary. "I said you know, these drivers say they don't see us. How about every motorcycle rider in Tucson line one of the major streets in Tucson to say hey do you see us now?"
That's how the "Bikers Lives Matter" event was formed. On Friday, more than 200 motorcycle riders met at Broadway and Swan with signs, asking drivers to pay attention to them.
Gary says he believes only a small percentage of riders ride recklessly and cause accidents. The majority of the blame, in his opinion, falls on drivers.
"There's so many accidents where it's failure to yield," he said.
And that's true. According to Tucson Police detectives, the majority of fatal or serious injury accident investigations this year have involved a driver making a left turn who doesn't see a motorcycle coming. That includes the most recent fatality last week at Speedway and Main.
That accident brought the total number of rider deaths this year to seven. That's compared to six deaths in all of 2015.
Fatal accidents across the state have increased as well. According to numbers from the Arizona Department of Transportation's 2015 Crash Facts report, there was a five percent increase in fatal motorcycle accidents from 2014 to 2015.
That report also listed the most common type of fatal motorcycle accident last year involved a left turn. Less than one percent of fatal accidents last year involved a motorcycle making an unsafe lane change.
But in 32 percent of fatal accidents, motorcycle riders were found to be going "too fast for the conditions."
Gary says he's proud to organize an awareness movement, but he's not happy that he has to.
"I hope that we don't have to continue doing it," he said. "But we will until drivers start seeing us and maybe these statistics go down."
Copyright 2016 Scripps Media, Inc. All rights reserved. This material may not be published, broadcast, rewritten, or redistributed.