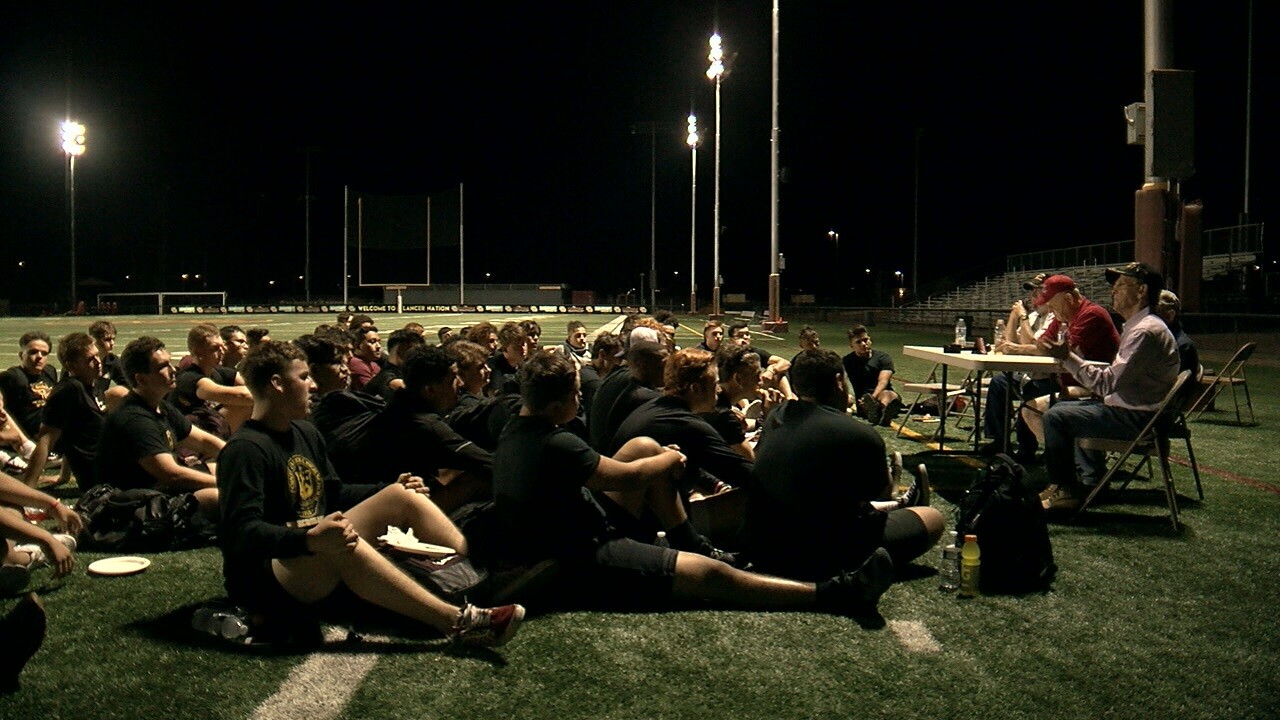 It was a beautiful night Wednesday for some football at Salpointe Catholic High School, but it was more than just practice.

When the sun went down, it was a meeting between generations.

The Salpointe football team swapped stories with veterans under the bright lights.

The group of veterans at practice is getting ready for a trip to Washington, D.C. thanks to Honor Flight Southern Arizona. They will be among 23 veterans from World War II and the Vietnam and Korean War who will get to see their memorials.

"The orientation that we went to, they just couldn't do enough for you," said Vietnam Veteran Lanny Scott. "And I'm honored really to be a part of that."

The Salpointe football team has kind of adopted this group.

The veterans will also be honorary captains at an upcoming game. Some were going off to war when they were 18. The players we spoke to say hearing their stories is a reminder of how blessed we are.

The lessons of respect, discipline and gratitude went both ways.

"This particular field, this particular group of kids -- so well-mannered," Scott said. "Just respectful and it's a nice situation to come out and enjoy being around them."

The veterans leave on their Honor Flight on Saturday, September 28th. The flight leaves at 5 a.m. and they will begin checking in at 2:45 a.m.

They will then return on Monday, September 30th. The community is invited to say goodbye and also be there for a big welcome home ceremony.

On Monday Honor Flight Southern Arizona says people should start gathering at 7 p.m. upstairs in the center gallery area at the airport. The airport will also validate parking.