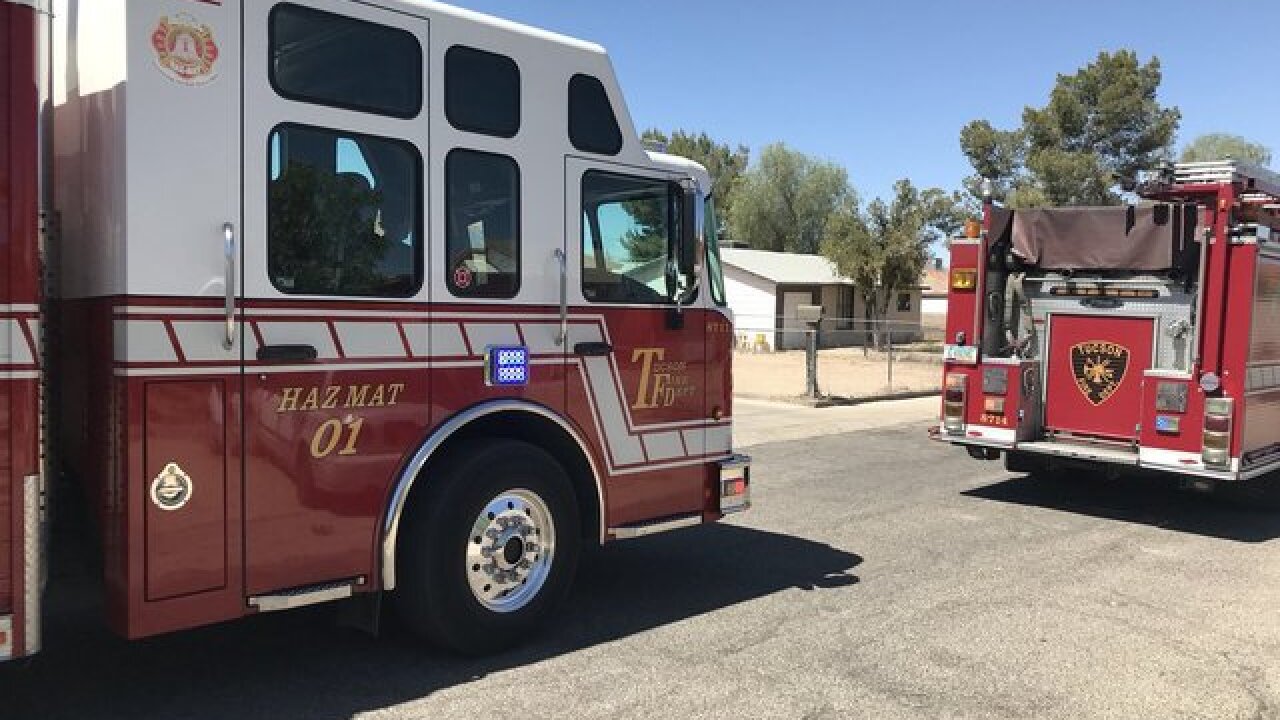 TUCSON FIRE
<p>Tucson Fire responded to a hazmat situation on the southside Thursday.</p>

A hazmat team is investigating a suspicious package in east Tucson Tuesday evening, according to the Tucson Fire Department.

It started just before 5 p.m. when a business on the 7000 block of East Tanque Verde Road -- Sabino Canyon Road -- reported two suspicious packages at the building. Police at the scene later discovered a suspicious substance on the packages and called the TFD's hazmat unit for assistance.

Fire officials didn't elaborate on the nature of the suspicious substance, and couldn't say where exactly the package was found.