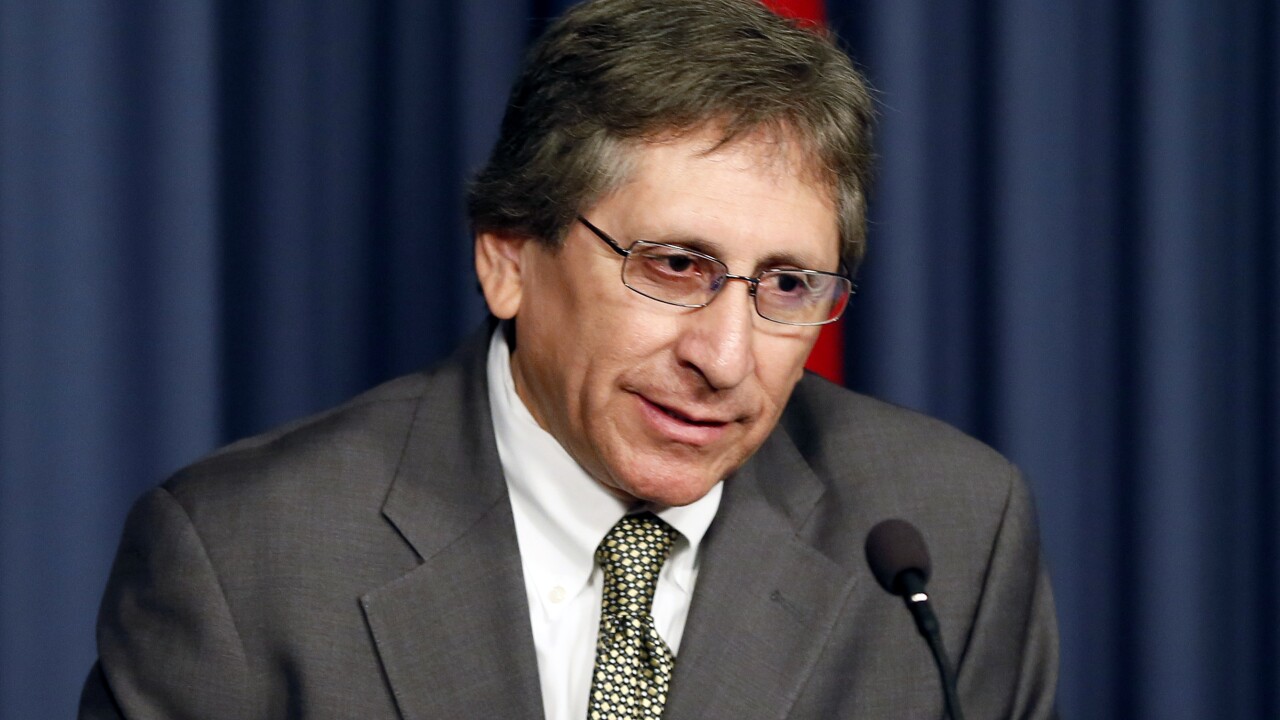 Matt York/AP
FILE - In this March 5, 2015, file photo, Maricopa county prosecutor Juan Martinez speaks during a news conference in Phoenix. The Arizona Supreme Court is scheduled to rule Thursday, April 30, 2020, in an ethics case against the prosecutor for his conduct in the Jodi Arias trial and other cases. The State Bar of Arizona, which alleged Martinez had shown a pervasive pattern of misconduct, asked the court to reverse a disciplinary panel's finding favorable to Juan Martinez. (AP Photo/Matt York, File)

PHOENIX (AP) — The Arizona Supreme Court has reinstated sexual harassment allegations in an ethics case against a former prosecutor best known for winning a conviction in the Jodi Arias murder case.

The ruling reverses an earlier decision that threw out claims that then-prosecutor Juan Martinez made sexually inappropriate comments to female law clerks at the Maricopa County Attorney's Office.

Martinez also is accused of leaking the identity of a juror in the Arias case to a blogger with whom he was having a sexual relationship.

His attorney Donald Wilson Jr. has said much of the harassment case is based on an accuser's subjective opinion, not on overt actions.