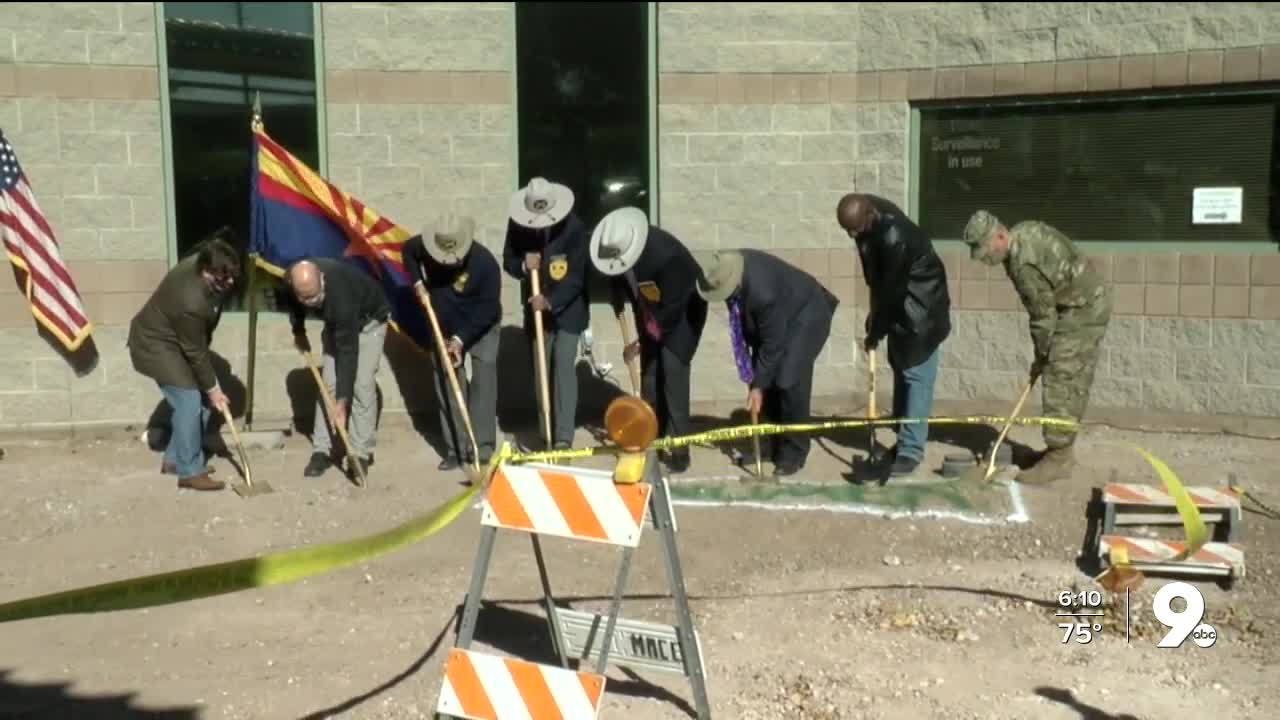 TUCSON,Ariz.-- A pivotal piece of American history will soon be memorialized in Tucson.

We're talking about the buffalo soldiers.

They were African American soldiers who fought on the western frontier during the American Civil War.

The ground breaking ceremony for a memorial honoring them, was held at the Quincie Douglas Center.

This comes after six years of work.

Jon Covington of the Greater Southern Arizona Area Chapter said, "It's been a great (team) effort we still have a lot of work to do and we look forward to doing that work for the citizens of Tucson. We're just trying to create a place where people can come and relax and then learn about history also. A great part of Arizona history (are the) Buffalo Soldiers."

Organizers say they wanted the memorial near the Quincie Douglas Library so that people visiting the memorial can also go inside and research the history of the Buffalo Soldiers.