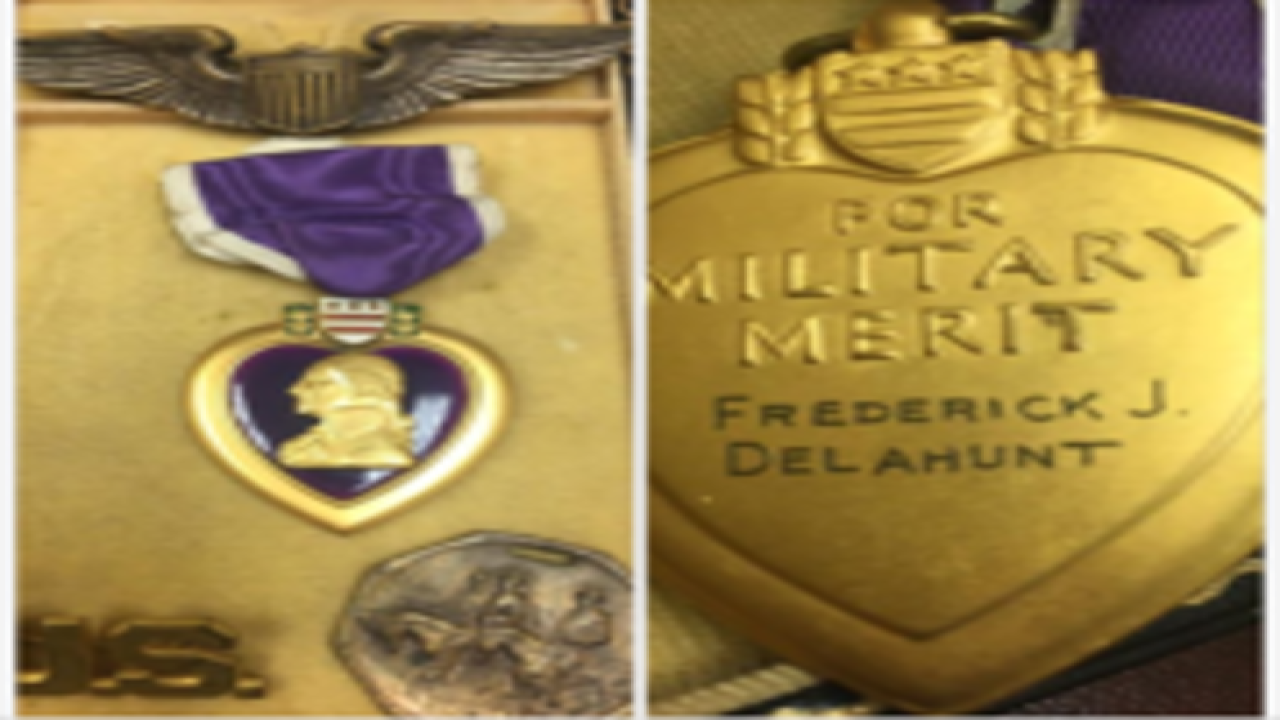 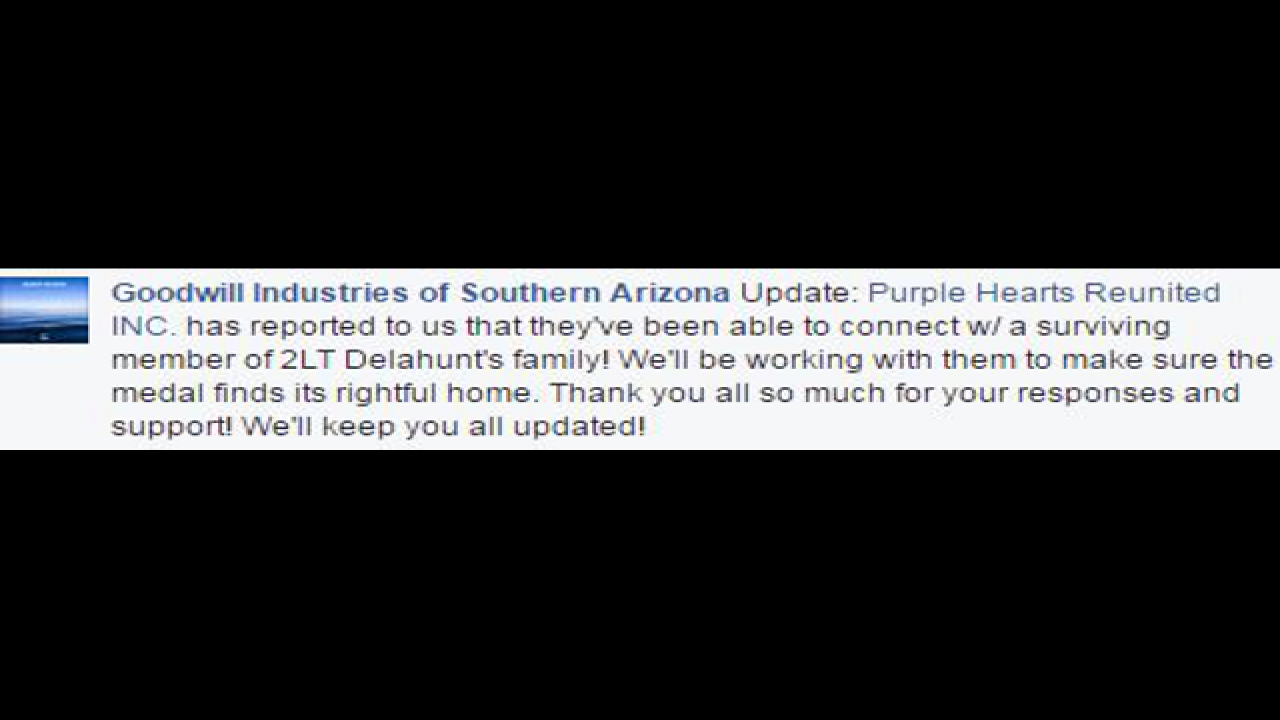 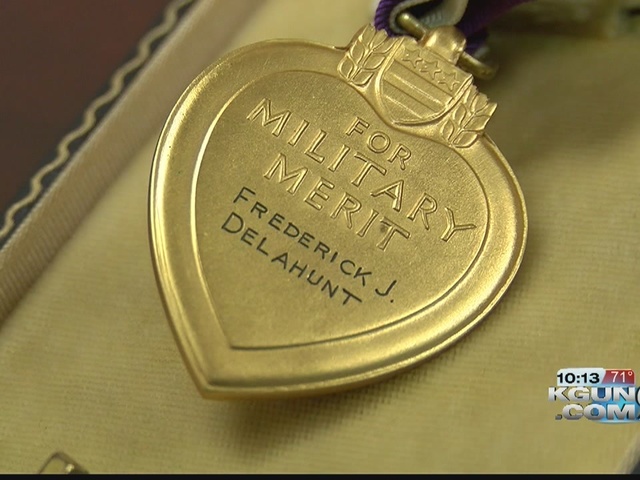 Goodwill Industries of Southern Arizona has reported that Purple Heart Reunited Inc. has made contact with the family of a Purple Heart recipient after they believe the award was mistakenly donated.

Goodwill posted the story on their Facebook  and a few hours later they commented on our story that contact with a family member of the purple heart owner had been made.

The name on the back of the medal is Frederick J. Delahunt. Good will employees contacted the American Air Museum in England and were able to find out more information about the sacrifice he made for his country.

"Frederick J Delahunt we believe was a pilot in WWII," said Goodwill's director marketing, Judith Simmons. "He did a mission in North Africa and unfortunately he was listed as missing in action and it was a year later that they declared him killed in action. To get this as a family member even if you've never met this person before, to have a hero in your family that served his country and died for his country is kind of amazing."

Goodwill employees say the family does not live in Arizona. The Purple Heart will be locked in a safe at Goodwill until they can safely reunite the medal with the owners.