Formula Flaws: School grades may not be final

What you need to know

Formula Flaws: School grades may not be final

The school grades issued last week may not be final after all. The Arizona board of education announced the grades are -- preliminary -- meaning they could change. This week, the board has been meeting to discuss some flaws in the system.

We discovered not all A's are really A's. At least not in the traditional sense, you would expect a score of 90 percent and above to be an A. But that's not the case, the bar has been lowered -- the cutoff is 86. A high school receiving a C needed a score in the range of 56 to 70 percent. Traditionally that would be a D or F.

The formula to determine the grades is complex. It's not solely based on AZMerit scores. The grading system for K-8 schools reveals 30 percent is based on proficiency and student growth accounts for 50 percent. 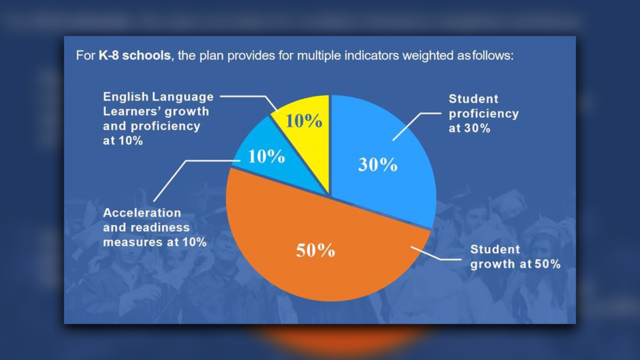 Basis Oro Valley Elementary is a high performing charter school, but received a B. It received the full 30 percent in proficiency, but in growth it received 34 percent.

In comparison, TUSD's Van Buskirk Elementary school received an A. The proficiency score is about 19 percent, but the school showed a lot of growth reaching 50 percent.

The formula is different for high schools. Student growth shrinks to 20 percent and graduation rates are added -- accounting for 20 percent of the score. 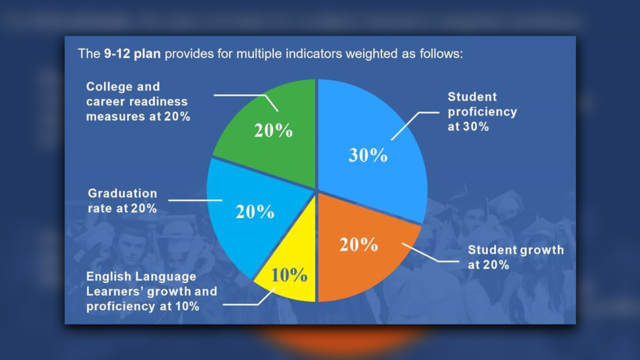 Take a look at Santa Rita High School's AZMerit scores. Only 2 percent of the students passed in Math and only 6 percent passed English Language Arts. And the growth was also low -- 5 percent. Because of the other factors, such as graduation rates, Santa Rita scored a D -- 41 percent -- right at the cutoff.

These are just baseline examples to give you an idea of what's going on behind the school grades. We told you State Board of Education is tweaking the formula because of a few flaws. Since the grades were issued, the board determined revisions need to be made to meet the federal standards under the Every Student Succeeds Act.

That includes removing the science data from the AZMerit scores. All high school seniors must be included -- not just graduating seniors. And the board determined more time is needed to review the data. That will take place over the next three months and then the final letter grades will be released. This is high stakes because these grades are tied to state funding.

Bottom line, it's unclear if there will be drastic swings with the final grades and schools are now in a holding pattern. Meantime, concerned parents should ask school leaders to spell it out for them to help determine what measures -- like AzMerit scores or growth -- are important to their children's success.