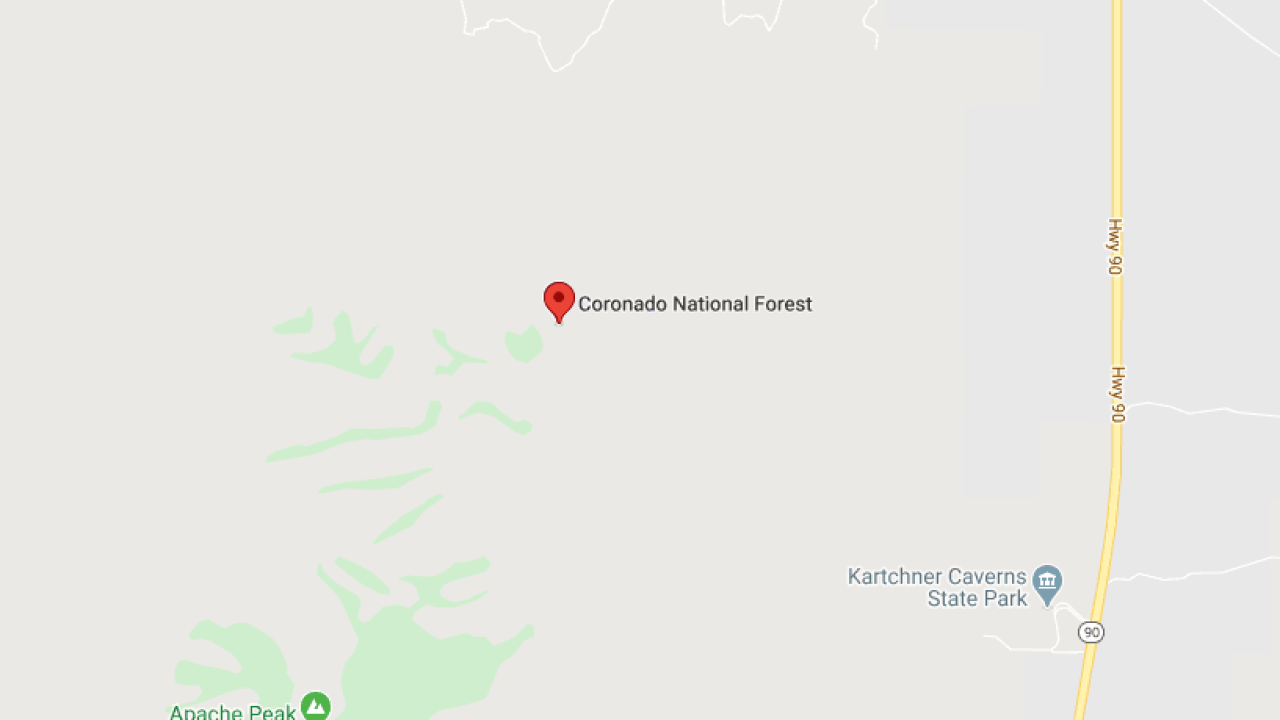 Google Maps
The U.S. Department of Agriculture’s Forest Service, southwestern region is implementing a recreational shooting restriction for the Coronado, Prescott and Tonto National Forests in efforts to reduce wildfires while protecting health and safety of employees and communities.

TUCSON, Ariz. — The U.S. Department of Agriculture’s Forest Service is implementing a recreational shooting restriction for the Coronado, Prescott and Tonto National Forests in efforts to reduce wildfires while protecting health and safety of employees and communities.

May 6 through July 31 or until lifted, recreational shooting is forbidden in the Coronado, Prescott, and Tonto National Forests due to current conditions, according to the Coronado National Forest. There are fewer firefighting resources available this year to respond to wildfires due to the COVID-19 pandemic and related health and safety concerns. The forest service is trying to limit firefighters exposure to COVID-19, therefore decrease the extent of human-caused wildfires requiring a fire suppression response.

“The decision to implement a shooting restriction is driven by amplified risk of wildfire in areas increasingly vulnerable to drying conditions combined with the likely resource shortage due to COVID-19 mitigation within our fire organization. This restriction also attempts to reduce smoke emissions that compromise first responder and public respiratory health," Acting Regional Forester Elaine Kohrman said in a statement.

The Coronado, Prescott, and Tonto National Forests have a history of shooting related fires, indications that shooting or discharging a firearm will lead to shooting-caused fires if preventative actions are not taken.

According to the Coronado National Forest, there have been seven wildland fires within the last two weeks, which were likely caused by recreational shooting.

The following is prohibited under the May 6 shooting restriction order:

Disobeying the shooting restriction may result in fines, penalties, or an appearance in federal court.

Forest visitors will still be allowed to participate in lawful hunting activities. Although restrictions are in place most of the Coronado, Prescott, and Tonto National Forests are still open for separate recreational activities including; hunting, camping and hiking.