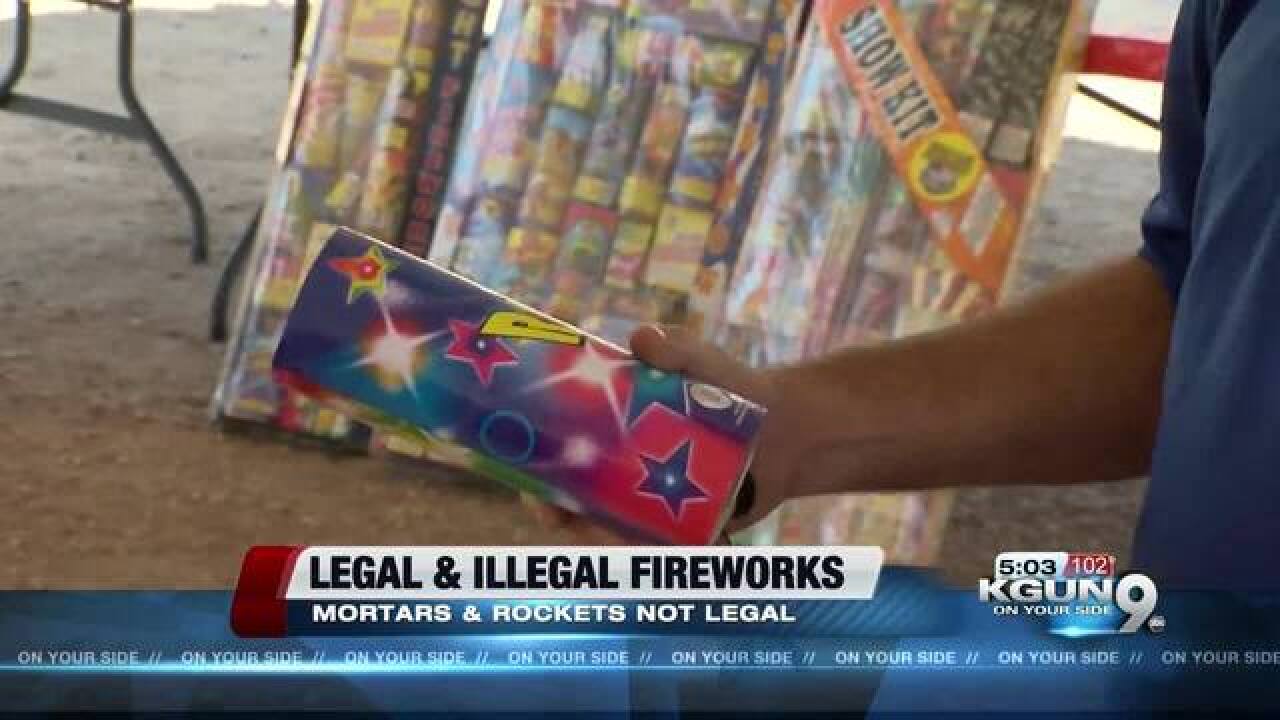 As the fire danger remains high throughout the region and the 4th of July approaches, safety while using fireworks will once again be crucial this season. The Tucson Fire Department is urging people to use caution while setting off legal fireworks at home to bring in the holiday.

Still, many people try to get their hands on the illegal kinds of fireworks, according to Pua Shirshac, who sells fireworks at Desert Sky Fireworks. He explained he gets frustrated when people ask him if he sells the illegal kinds.

"We can't sell any of those shooting ones that shoot off into the sky, like the aerials or mortars, bottle rockets, fire crackers," he said.

Firework safety is key this 4th of July! Make sure you get LEGAL ones...like these fountains. Any "rockets" are ILLEGAL. @kgun9 pic.twitter.com/ohL6P5GMP8

Pretty much anything with the word "rocket" in the title will probably be illegal, according to the firework salesman. In his eyes, the bigger ones should be left to the professionals and are shouldn't be messed around with.

"It's dangerous," Shirshac said. "It can start fires everywhere because it shoots up and there's no controlling it."

Fireworks that are labeled "safe and sane" are legal. Some of those include fountains and sparklers -- and other types that stay on the ground.

Tony Lucchese stopped by Desert Sky Fireworks to make a sizeable pickup for his annual celebration. Buying legal, crucial to him.

"They better be," he said. "I mean at least they're for sale here and I know they're only safe and sane."

He explained they are marked that way to ensure a safe holiday celebration, if the people use them with caution.

"You can actually still do something and have something with the family and kids," Lucchese said. "But still not set your house on fire or the backyard or the fence or anything else on fire."

Even though he only celebrates with the "safe and sane" fireworks, he said he's always ready with water on hand in case something does go wrong and spark up.

"I have fire hoses, I have extinguishers, and nothing in the past has ever shot out anything more than maybe an 8 foot radius," he said.

The advice that Shirshac gives his customers?

"Preferably to do it on like a driveway or rocks so it won't start a fire," he said. "And stay far enough away so the sparks won't burn them or anything like that."