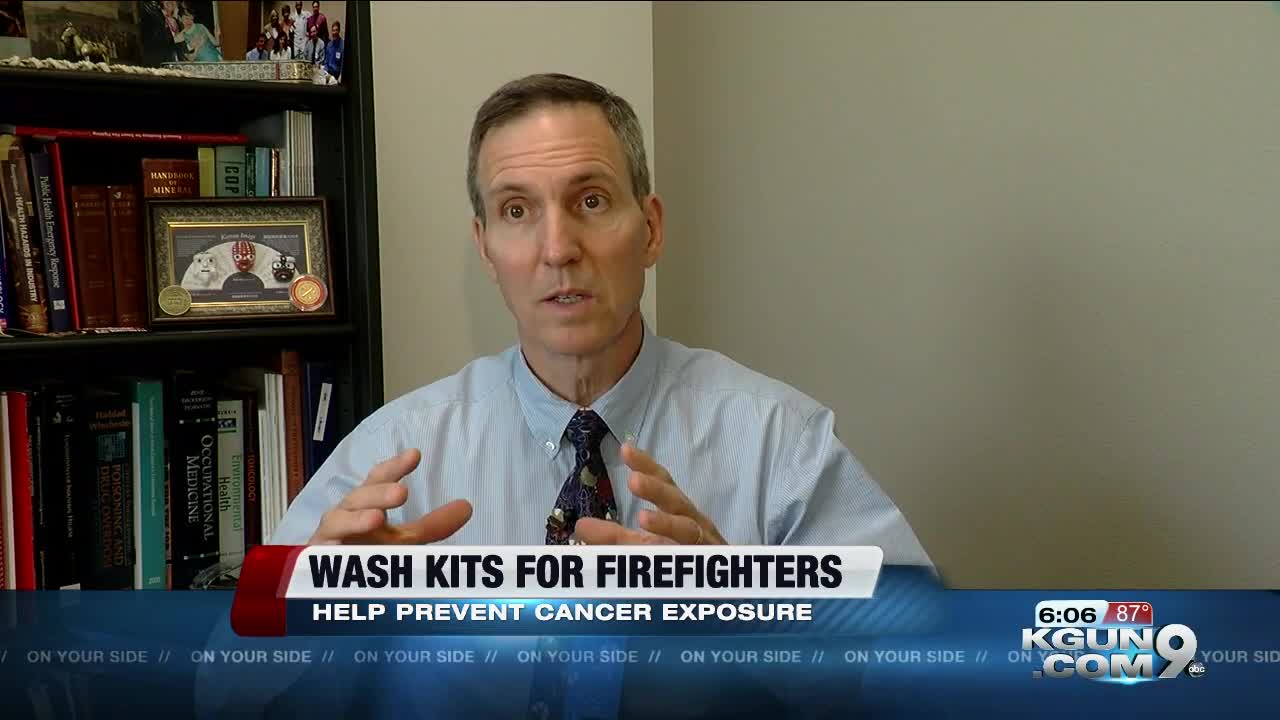 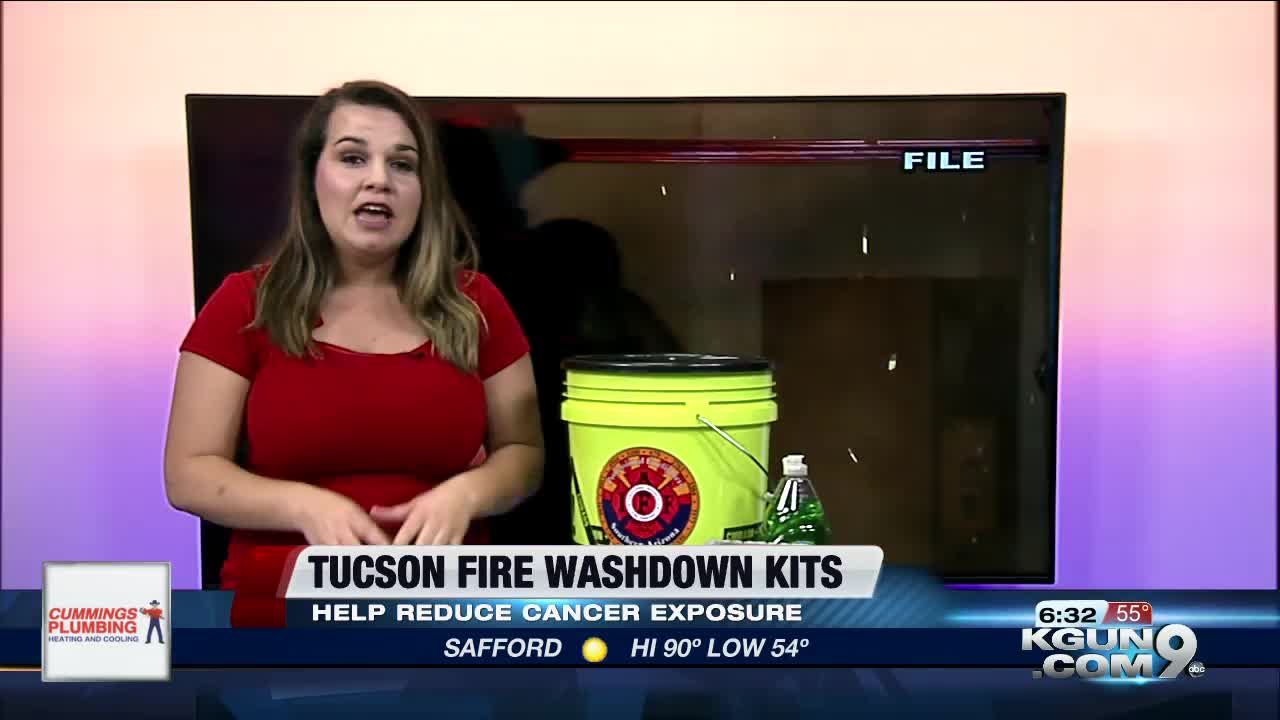 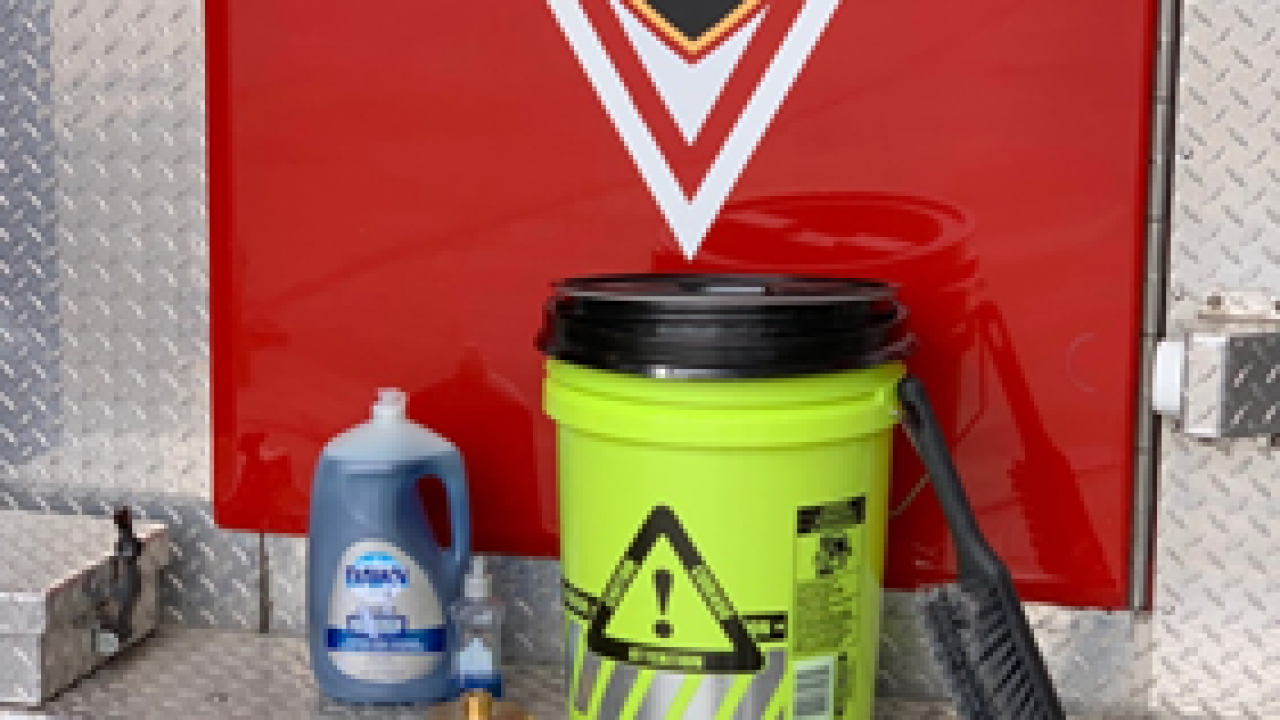 The 100 club of Arizona, Tucson Fire Department, Pima County Fire Chiefs and the Professional Association of Firefighters assembled wash kits. It's a bucket with an adapter for the fire truck engine, soap, a scrub and hose.

HAPPENING NOW- @TucsonFirePIO is getting ready to put together fire safety wash kits.

This is a look at the items going in the kit. It includes dish soap, a scrub, hose and water cannon.

The plan is to make 100 to give out to fire departments across Southern Arizona. @kgun9 pic.twitter.com/2EjUGRMEGT

It works by attaching the adapter to the fire truck engine. filling the bucket up with water and soap, and then, the firefighter scrubs themselves and their gear down after getting out of the fire.

WASH DOWN DEMONSTRATION- Here is a look at how the wash kit works.

This process is done post fire and it’s proven to remove 80% of toxins that could cause cancer.

All the steps you see and items chosen are very specific to research done at the @UofA. @kgun9 pic.twitter.com/lzZSO3Ik0V

Jeff Burgess, an Associate Dean for Research at the University of Arizona College of Public Health said the research looks at the exposure a firefighter encounters when they first starting their careers to the end. In the research, him and his colleagues found firefighters are exposed to cancer causing chemicals when they response to fires.

"We took information about all the exposures that they have, we provided that to them and then they put a set of interventions in place that changed the way that they responded to fires," Burgess said.

However, the research said this isn't just firefighters who go in to the fire, but everyone who is at the scene of a fire. This includes, fire engineers in truck, paramedics and victims. The main sources of exposure are on your skin and breaking in the fire.

The gear has the most cancer contaminants on it, and before the study, firefighters would wear their gear all the way back to the station. The research determined this exposes firefighters, the truck and the station to these cancer causing chemicals.

This research has already been used to help the Tucson Fire Department, he said, so the next step is to help more fire departments.

"What we've seen is through the combination of interventions that we can reduce the exposures that the fire fighters get so this is really important for not just Tucson Fire Department but for fire department through out the country and across the world," Burgess said.

Burgess said this research is important because firefighters risk their lives everyday to save people, so getting them home healthy, and retire healthy, is a priority.