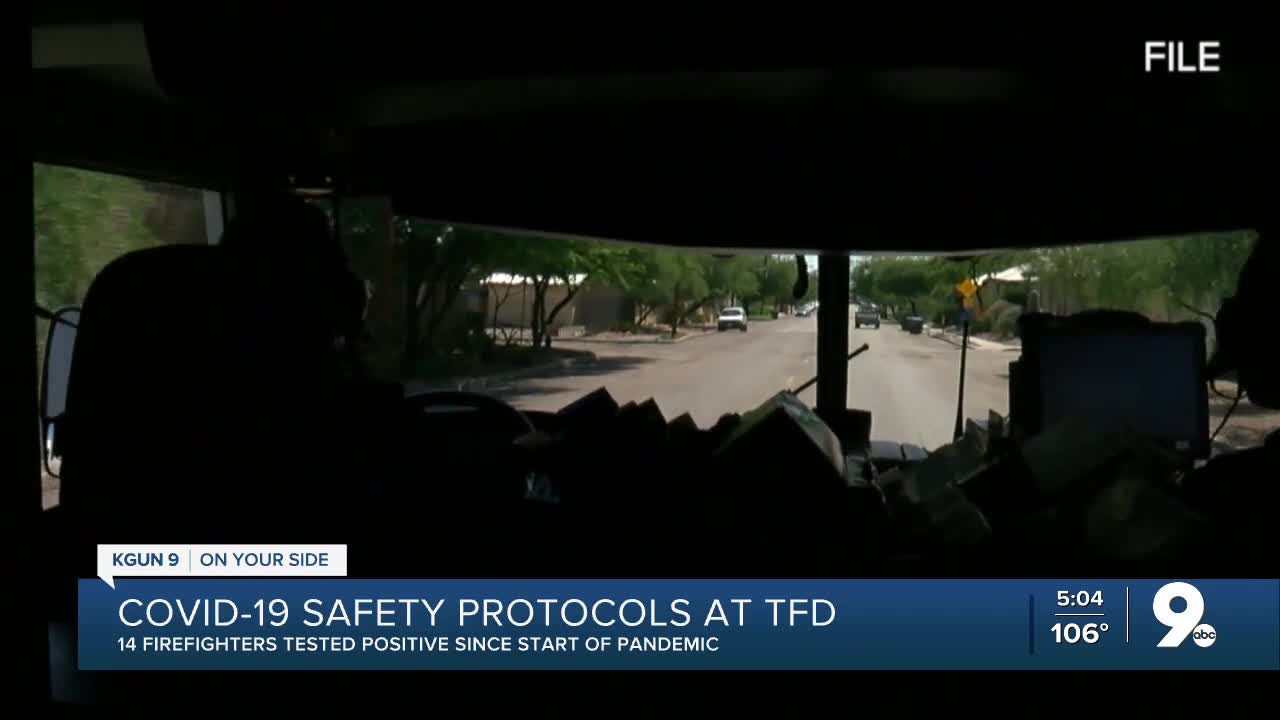 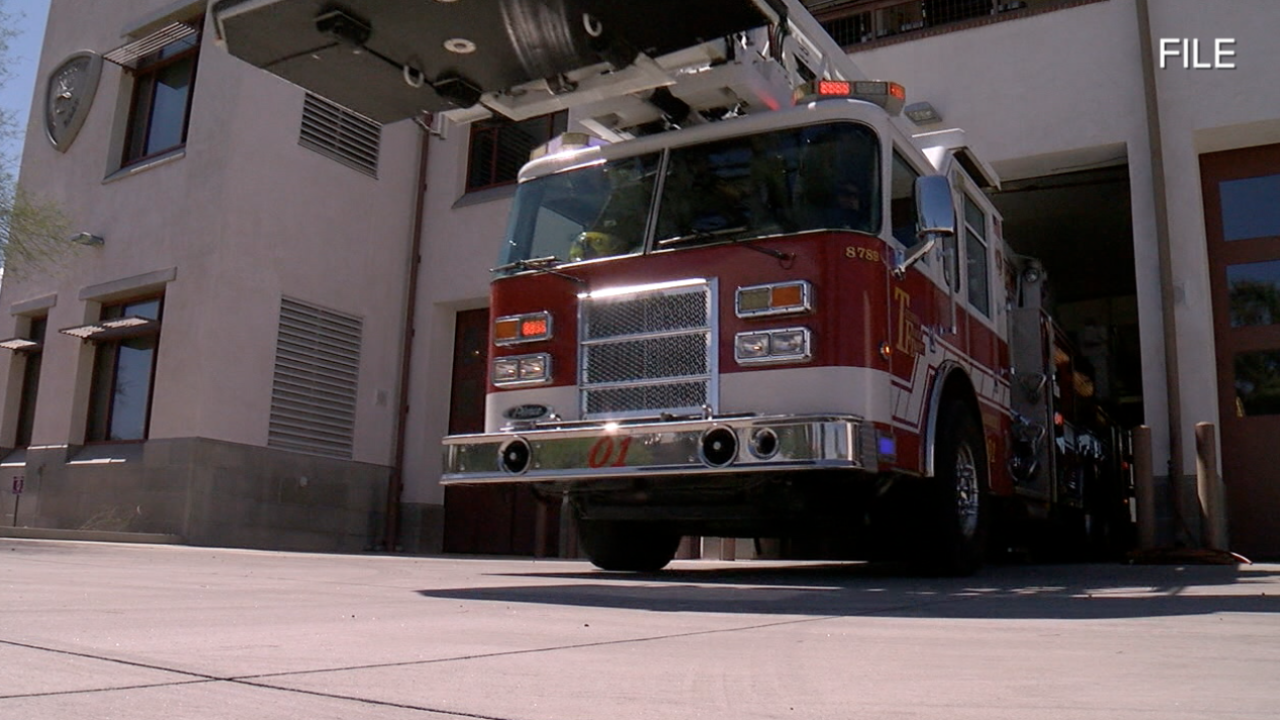 TUCSON, Ariz. — Fourteen Tucson Fire Department firefighters have tested positive for COVID-19, since the start of the pandemic. Two of them have recently recovered.

"Certainly we are not impacted nearly as severely as some other fire departments are here in Arizona and around the country,” said TFD Fire Chief Chuck Ryan.

TFD’s protocol has changed overtime with the CDC guidelines for first responders and health care workers. But Ryan said, as of right now, firefighters and EMTs are wearing different levels of PPE.

"The PPE supply is now pretty good. We are not burning through it at the rate we were early on, and a lot of that is because of educational efforts and really a strong focus on that triaging the level or degree of severity for the call,” said Ryan.

Triaging the severity lets responders now how much PPE to equip.

In terms of living quarters, Ryan said social distancing is a bit of a challenge but the department does have protocol in place.

"We've instituted a mandatory face covering policy within the station. So when the crews are together and they're not sharing a meal, if they're training, watching television, whatever during a little bit of downtime, they're supposed to have a face cover on within the station,” said Ryan.

But if they’re in their separate dorms or six-feet apart, a mask is not required.

Ryan said TFD did not have a positive COVID case until April. Then no other cases hit their responders until early June, after the Memorial Day weekend; that's when its numbers started to increase.

“But 14 to 15 commissioned firefighters after more than 3,000 COVID or COVID-like patient contacts, test positive for the illness is a win to me. That tells me we're doing the right thing,” said Ryan.

Ryan said none of those firefighters who tested positive were hospitalized as they've all recovered with mild to almost no symptoms.