The Department of Forestry and Fire Management unveiled new billboards now that fire season has arrived.

The Department of Forestry and Fire Management unveiled new billboards now that fire season has arrived.

The new billboard campaign will try and reinforce fire safety across the state, according to a media release from Pinal County.

DFFM has responded to more than 600 wildfires on state-managed land across Arizona just this year. About 97% of those fires have been ruled human-caused.

The billboard messaging is simple, ‘Put out your Campfires’ and ‘One Spark is all it Takes.’ 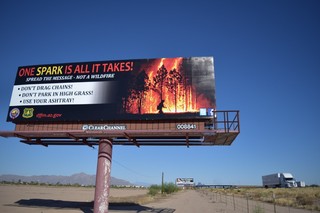 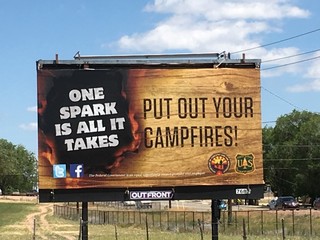 As of today, two signs are up. One in Chino Valley and the other along Interstate 10 outside of Eloy.

A third billboard will be going up near Payson.

The three billboards will remain up through fire season.