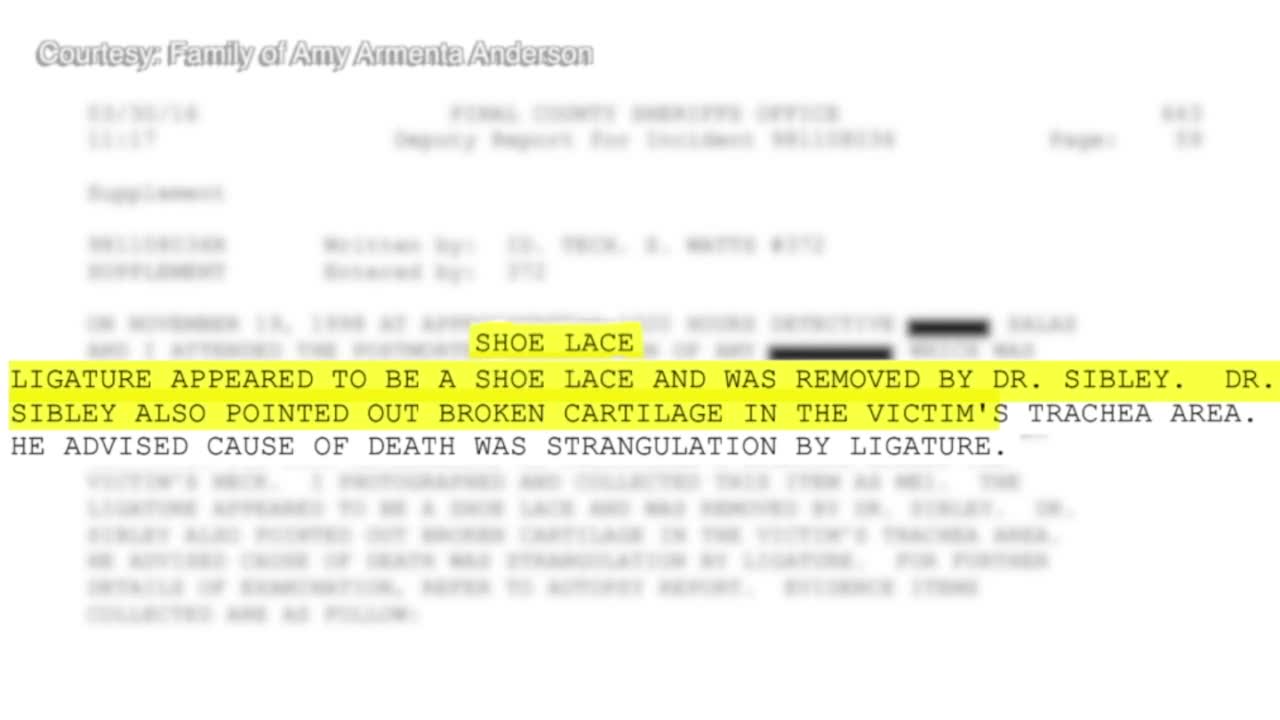 A family is still looking for a killer they say strangled their mother with a shoelace. 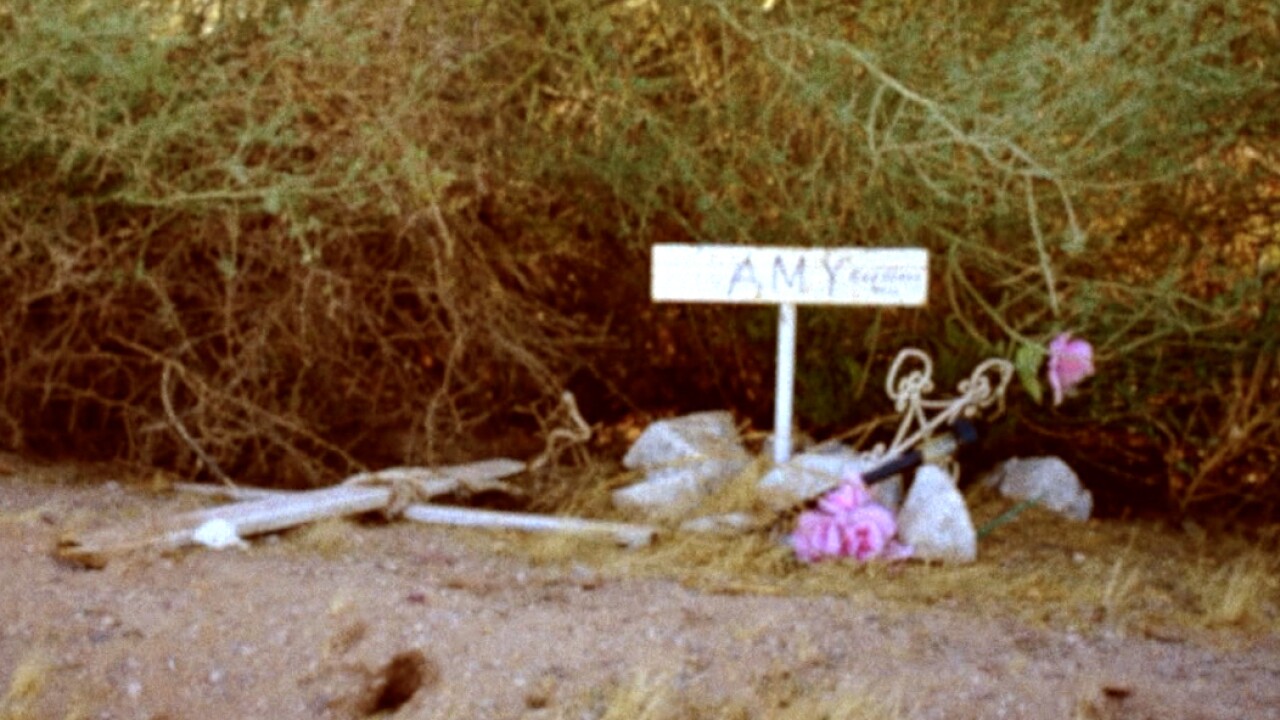 After a ten-day search, a family finds the body of their missing loved one in the middle of the desert.

“If they found anything they were supposed to shoot up in the air,” said Kimberly Sanders, the oldest daughter of Amy Armenta Anderson.

The gunshot went off on November 17, 1998, signaling Kimberly's mother was dead.

“She just had a big, big attitude and a little tiny lady and she was great. She had tons of friends. She was the reason everybody got together as a family like her and all her siblings and our cousins and everything,” described Sanders.

November 7, 1998, Amy took her family to a church bazaar in Casa Grande.

"Then we went home that night, and she took me to my friend's house to spend the night and that was the last time I saw her,” explained Sanders, Armenta Anderson's oldest daughter.

Just hours after she vanished her vehicle was found in the parking lot at Stanfield Elementary. The only thing left behind was a pile of her clothes.

“The school groundskeeper that lives there on the properties saw it outside and notice it was outside for a while and I think finally he went out to look at it to see because it wasn't normal for a car to be parked there on a Sunday,” said Sanders.

The search was on for the family.

"It was my stepdad and a lot of family and friend volunteers. My uncle, my mom's oldest sister's husband, was the one that found her,” said Sanders.

​Police reports revealed a startling fact, the killer likely used one of Amy's own shoelaces to strangle her. In fact, the reports explain one shoe was found at Stanfield Elementary nearby Amy's van, the other shoe was found without a shoelace in a tree nearby where Amy's body was found.

Pinal County Sheriff Mark Lamb wants this case solved. Deputies narrowed their suspect list to one man—the neighbor that was last seen with Amy. KGUN 9 will not name the suspect because he has not been charged for the murder.

"He may have been with her. So, there are some I wouldn't say evidence, but there are some statements that that leads us to believe that he might be a prime suspect in this case,” explained Sheriff Mark Lamb.

Kimberly explained the suspect was their elderly neighbor's son.

“We had lived there for eight years and we were just neighbors. We had just seen him come and go throughout the years,” she said.
Detectives questioned the neighbor last known to be with Amy, but that neighbor said the two went their separate ways at the Circle K on Stanfield Road.

He ended up moving out of Stanfield shortly after, according to deputies.

Years later he was arrested for murdering a young woman, leading detectives to take another look at him.

"We reached out to the Pennsylvania facility to ask if you'd be willing to do an interview which he declined. So we were unable to get an interview with him,” said Sheriff Lamb.

Investigators even tried to send evidence back for DNA testing years later, but the department of public safety declined it.

"The evidence was brought to the sheriff's office back then, for DNA. And because we couldn't put the evidence in any particular place. There's no chain of custody, it wasn't something that we recovered,” said Sheriff Lamb.

Sheriff Lamb explained that's what is keeping the case at a standstill.
Another set back in the case, two key pieces of evidence were lost years before sheriff lamb became sheriff --The murder weapon and the 1998 Nissan van that was found at Stanfield elementary.
However, Sheriff lamb explained the case is still solvable.

"It's a really small town and people know things and I just wish that they would speak up,” expressed Sanders.

But the search for Amy's killer reached beyond the small town of Stanfield.

Sanders discovered a sister ​named Sarah she never knew she had.

"When I did go looking, I basically just found out the terrible news that she had passed away, but I didn’t have any information at that time,” said Sarah Hopkins, Armenta Anderson's daughter.

Hopkins was put up for adoption because Amy was still a teenager when she gave birth to her. She was growing up in Tucson when Amy lost her life, but now Hopkins joined the search for answers along with her siblings.

The family also has a Facebook page that keeps her memory alive and keeps the case from being forgotten.