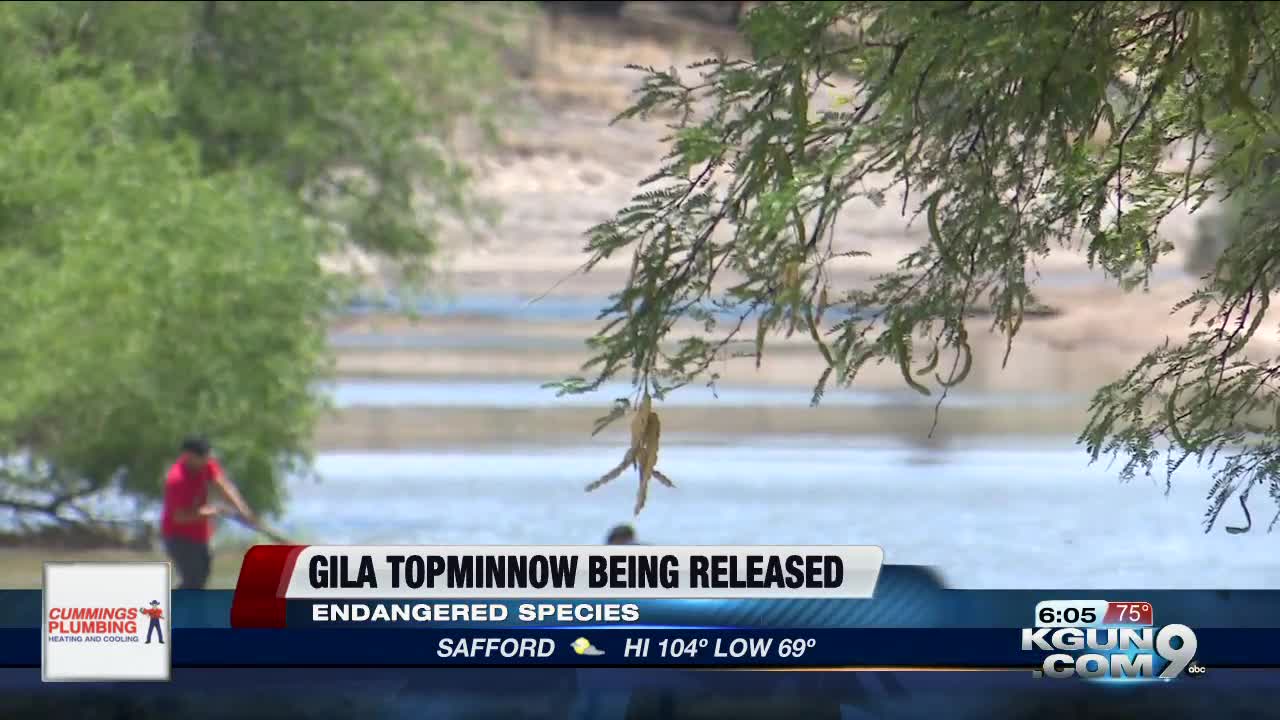 The release endangered species of Gila Topminnow in the newly created water canal at Mission Garden hopes to create a representation of the historic Santa Cruz River. 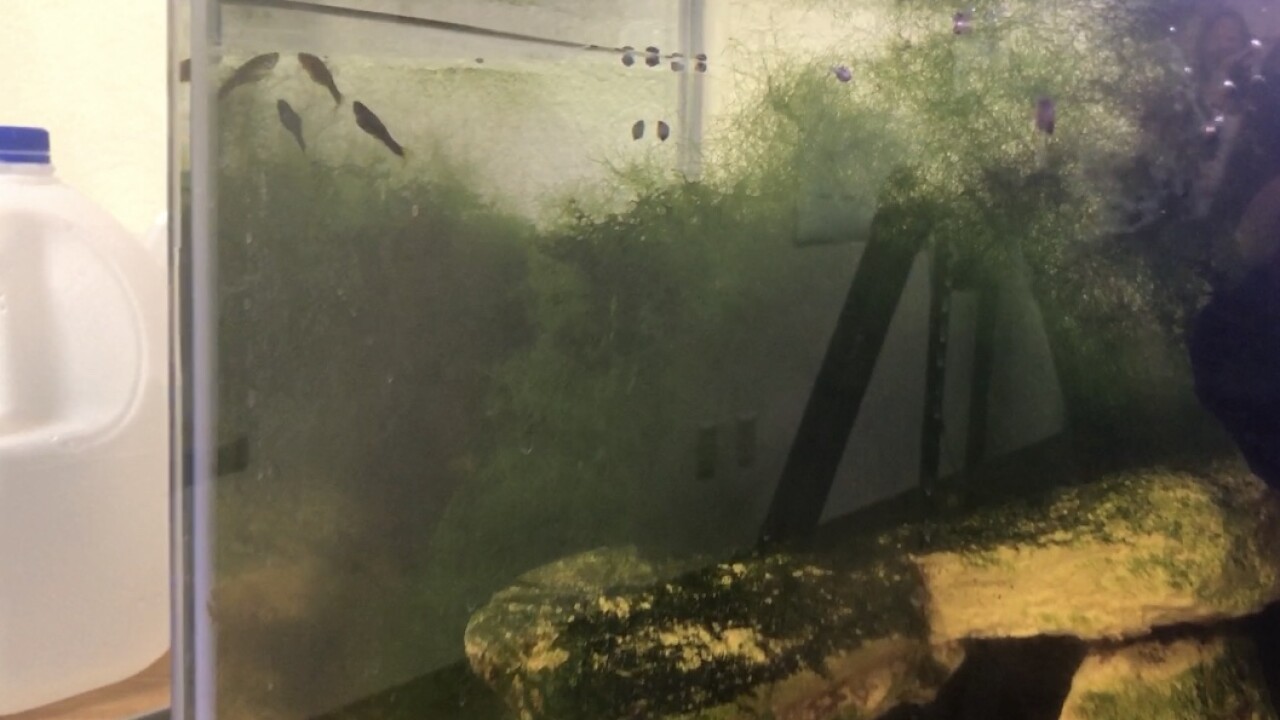 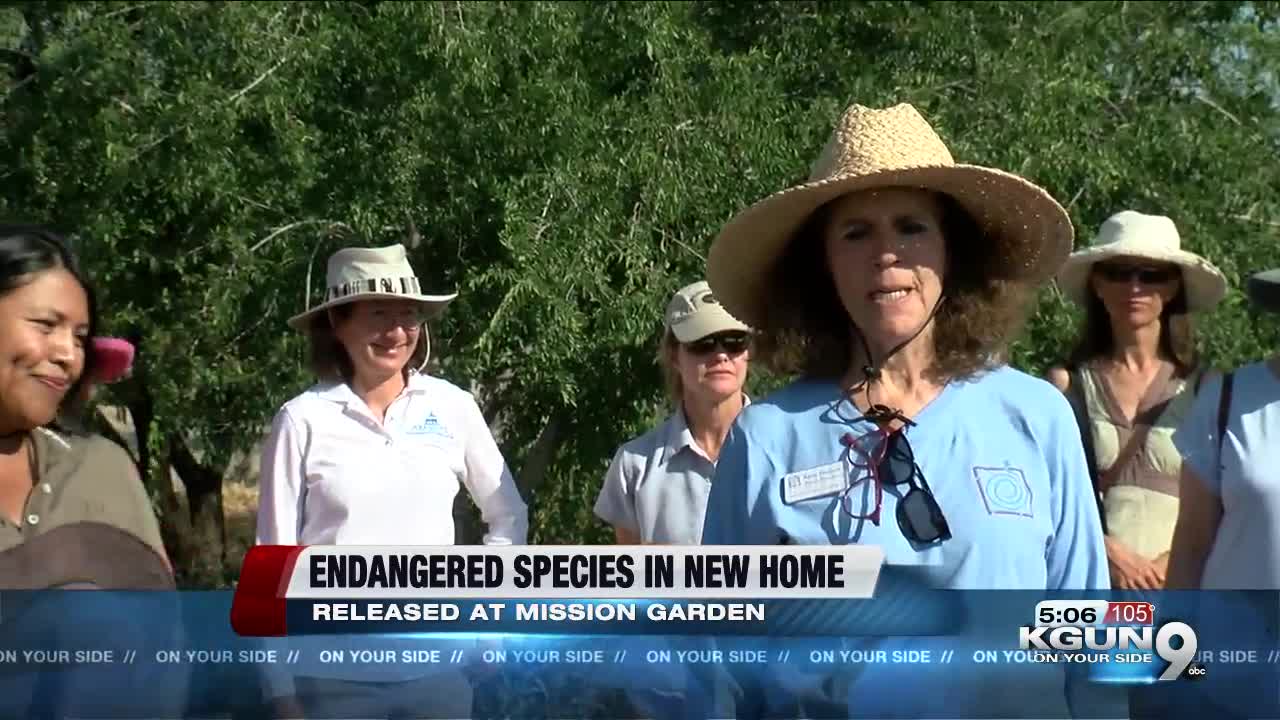 TUCSON, Ariz. — The release endangered species of Gila Topminnow in the newly created water canal at Mission Garden hopes to create a representation of the historic Santa Cruz River.

The Pima County Office of Sustainability and Conservation will join the Friends of Tucson's Birthplace, Arizona Game and Fish Department and U.S. Fish and Wildlife Service at 8 a.m. to release over 200 Topminnow at Mission Garden, 964 W. Mission Lane.

"(Topminnow) use to be one of the most common fishes in the gila river basin, including in the Santa Cruz basin, however with the loss of water and non native species it became endangered," Biologist at U.S. Fish and Wildlife Doug Duncan said.

Since the release of water to the Santa Cruz River on Monday, Duncan said he hopes these species will come down stream and repopulate the river

Putting them in Mission Garden, Duncan said, creates a back up population of the species, while also providing a education outlet to the public since this site is a museum of living native agricultural.

"What we're doing here is we are recreating this little patches of garden that represent the whole history of agricultural development in the Tucson basin," Historian of Friends of Tucson Birthplace Diana Hadley said.

Gila Topminnows are Arizona's only native live bearing fish, meaning a female produces their young alive. They live for about two years and only get about 2 inches long.

They're known for eating Mosquito larvae. Officials said these fish have been an endangered species since 1967.

"Our hope is that these conservation and recovery actions will lead to the down listing of the species from endangered to threatened and then eventually going from being threatened to off the endangered species list," Duncan said.

The more people learn about them, the better chances they have to get off the endangered species list.