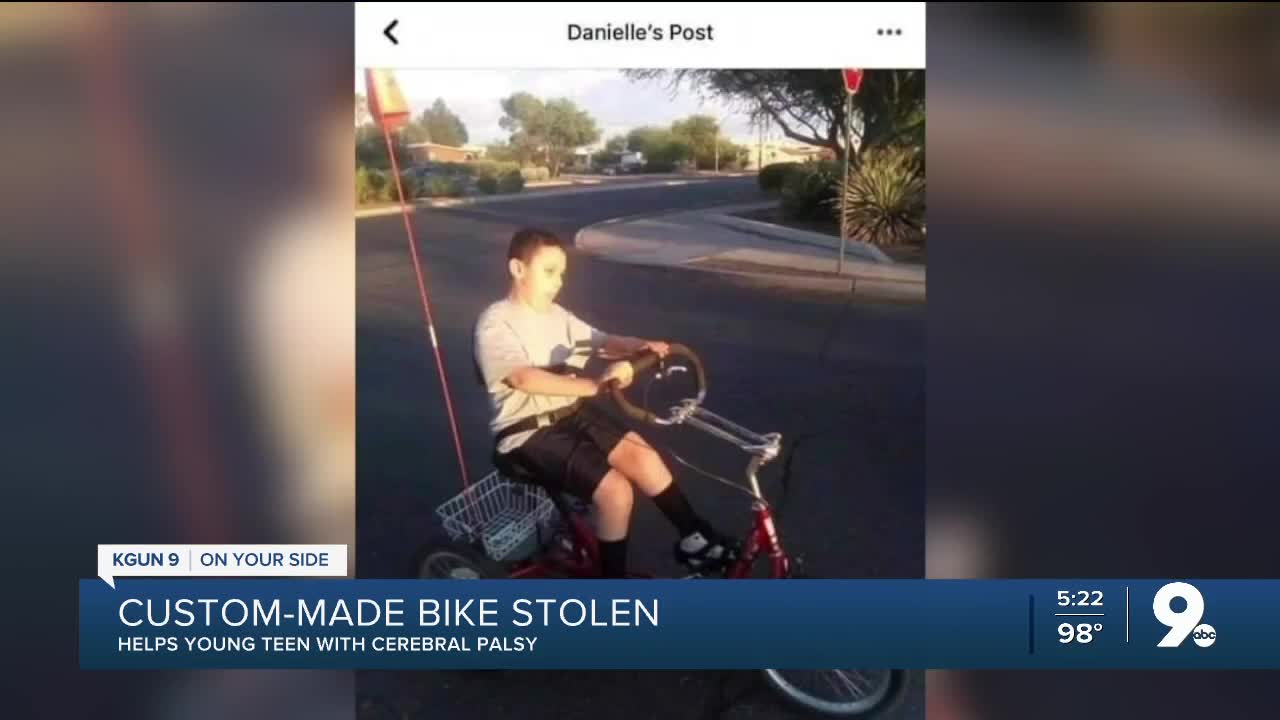 A custom-made bike designed for a Tucson boy with cerebral palsy was stolen and the family is asking for help finding it.

TUCSON, Ariz. — A family in Tucson tells KGUN 9 that the custom-made bike designed specifically for their teenage son with cerebral palsy was stolen yesterday.

The bike went missing yesterday morning in the area of Valencia and 12th.

The bike belongs to Francisco, a young teenage boy who has already dealt with more than his fair share of setbacks in life. Francisco has had five surgeries due to cerebral palsy and the bike helps to stretch and exercise the muscles in his legs - something a wheelchair can't do.

Francisco's family says the bike was chained up. It appears that someone cut the lock and chain.

Being a normal kid, riding his bike up and down with a big ol smile on his face. Being a regular kid. Now that it's taken he can't do those anymore. ~ Francisco's mom

Francisco's father has visited the pawn shops in the area in the hope of finding the bike at one of them but hasn't had any success.